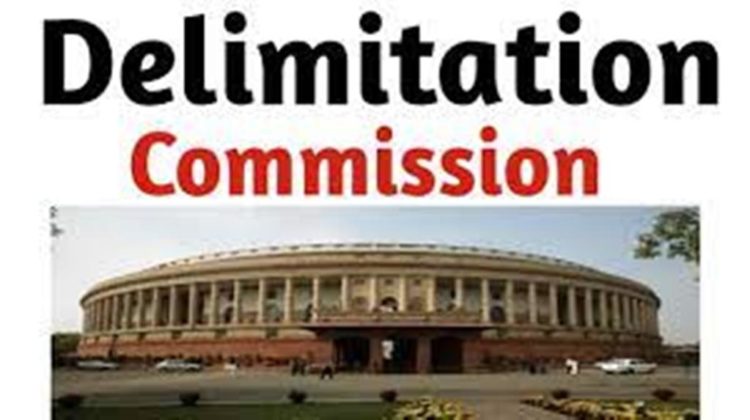 Security forces in Jammu and Kashmir led by the Indian army have, on many occasions, created a conducive security environment in which the political process could be initiated. Sadly, many such opportunities have been lost out by previous governments at the centre; mostly lack of political resolve and disconnect with the people that led to failure of initiatives taken, the end result was frustration and a return of the threshold of violence.

In the last few years, security forces have launched sustained and relentless operations against terrorist forces while also capping the infiltration routes. Significant in this direction has been the success of Operation All-out launched by the Indian army. The end result has been a decline in violence to the extent that initiation of the political process once again became feasible.

The NDA government at the centre has put in tremendous effort to ensure that the window of stability now available is leveraged to bring about permanent peace and a strong democratic dispensation in the region.

The first step in this direction was taken on 5 August 2019 when the State was bifurcated into two Union Territories and the draconian Article 370 and Article 35A of the Constitution of India were abrogated by a constitutional process. Violence and rejection of the move was predicted by such inimical forces that have a vested interest in keeping the state subjugated. However, nothing of this sort happened; the state has accepted the new dispensation with relief since it has opened windows of lasting peace and prosperity.

On August 5, 2019, Home Minister Amit Shah had given an assurance that the Union Territory of Jammu and Kashmir will ultimately be given the status of a State with its own legislative institutions as available in the other states. This, he said, would be done by paving the way for elections post a process of delimitation for both parliamentary and state constituencies.

The Jammu and Kashmir Reorganisation Act, 2019, also added seven seats to the state legislative assembly in the Jammu region, thus, the number of seats in Jammu increased from 37 to 44 and the number of seats in Kashmir remained 46. This matter was left to be implemented by the Delimitation Commission. The move was necessitated to support people like the West Pakistan refugees and the Valmiki Samaj who had been leading a stateless existence for decades on end and who qualified as domiciles of the state under the Jammu and Kashmir Reorganisation Act, 2019. The delimitation would also facilitate reservation of seats for Scheduled Tribes where the Muslims Gujjars would emerge as the main beneficiaries. 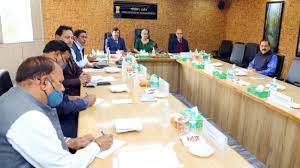 Meeting of Delimitation Commission in progress

The process of delimitation in the state is long overdue since the last such exercise was conducted under President’s Rule in 1995. The next delimitation exercise was due  in 2005, but in 2002, the Farooq Abdullah government chose to freeze delimitation until 2026 by amending the Jammu & Kashmir Representation of the People Act, 1957, and Section 47(3) of the Constitution of Jammu & Kashmir. This was done with a vested interest of keeping intact the dominance of Kashmir region over Jammu

In 1995, J&K had only 12 districts, now there are 20; the number of Tehsils has gone up from 58 to 270. Constituency boundaries in as many as 12 districts are extended beyond the district’s limit. All such issues need to be resolved.

A Delimitation Commission has been constituted under chairmanship of former Supreme Court judge Ranjana Prakash Desai. It was given time till March, 2021, to complete the process, now a one year extension has been given due to delay imposed by the COPVID situation. The government has, thus, shown absolute seriousness in the process.

Delimitation was the main agenda in the meeting of J&K leaders held in New Delhi on March, 24, 2021, under the chairmanship of Prime Minister Narendra Modi. The central government made it very clear that elections will be held only after the delimitation is done.  Most parties have accepted this; the main exception being the Mehbooba Mufti led People’s Democratic Party (PDP) as expected.

The Delimitation Commission panel has recently (6 July onwards) visited J&K where it held talks with various stakeholders.  All regional and national parties except PDP and the Awami National Conference formally presented their memorandums to the panel.

The commission is determined to take into account all demands and recommendations and will also put up a final draft in the public domain for debate. It has, in the course of this visit, met 290 groups in Srinagar, Pahalgam, Kishtwar and Jammu to gather first-hand inputs.

The Delimitation process in J&K is bound to be complex in nature; while population will form the main criteria, the geography, terrain and topography, population density, ethnic composition etc will also be considered. It is for this reason that such detailed meetings and briefings from deputy commissioners and other civil servants are being adopted by the commission.

It is universally accepted that Delimitation of constituencies in J&K is very necessary. With the security situation well in control this is also the best time to go through the same to be followed by holding of timely elections. The security apparatus will assist the entire exercise as always and ensure that the people can vote without fear and intimidation when the time comes.  The PDP and some other elements are trying to derail the process by saying that it is a pre-planned exercise. The commission, however, has proved by its actions present and proposed that it will go about doing its work in an honest and transparent manner after ensuring maximum participation of all communities and stakeholders.