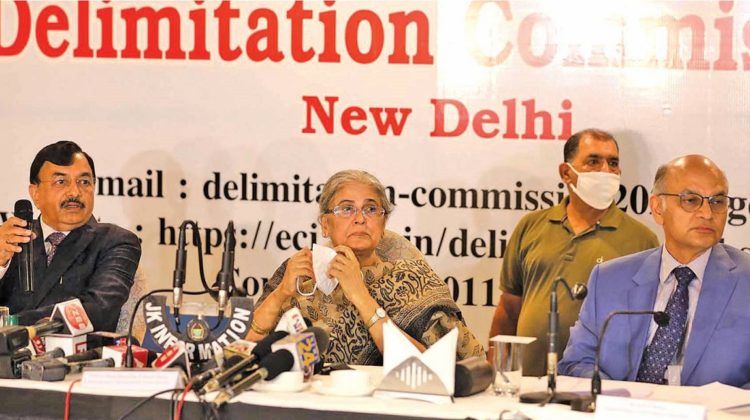 On March 6, 2020, the Union government set up a Delimitation Commission headed by a retired Supreme Court Judge, Ranjana Prakash Desai. Among its many responsibilities was the mandate to carry out a long pending Delimitation exercise in the Union Territory (UT) of Jammu and Kashmir. In accordance with Jammu and Kashmir Reorganisation Bill, 2019, the number of Assembly seats in J&K will increase from 107 to 114 with seven more seats added to the Jammu region. This was to cater for West Pakistan refugees and others who were earlier, under Article 35A, denied domicile and the right to vote and would now form a part of the electorate.

The Union Government has also hinted upon its resolve to conduct elections in the UT immediately after setting up the news constituencies as per the recommendations of the Delimitation Commission. This, therefore, has become the most significant and keenly watched political exercise in the region.

It is well known that the two distinct geographical segments which comprise the UT (Jammu region and Kashmir region) vote in accordance to regional affiliations; thus, the region which has more constituencies gets to form the government. For many decades now the Jammu region has had representation not commensurate with its population and territory. An arbitrary allocation done in 1957 by the then state Government awarded 30 seats to Jammu region, 43 seats to Kashmir and two to Ladakh. The huge gap was allowed despite there being a population difference of less than a Lakh (82,340) in 1951. The disparity remains till date even though some additional constituencies were created later; presently, Jammu and Kashmir has 87 seats, 46 for Kashmir, 37 for Jammu and 4 for Ladakh.

It has been decided that the Delimitation process will be carried out in accordance with the census of 2011. Here too the people of Jammu have reservation since the population figures of the census were Kashmir (6888475), Jammu (5378538 ) and Ladakh (290494) The census suddenly showed a population disparity between the two regions at a massive 1509937 which is a sudden and quantum jump from earlier figures. The matter looks quite odd since Jammu had received additional population due to displacement of Kashmiri Pundits from Kashmir.

This reason behind this sudden increase has been identified as the floating population of Gujjars and Bakerwals being shown in the Kashmir region even though it shifts between the two regions according to the weather conditions.

The census also claimed that 195190 Hindus were living in Kashmir which is not easily acceptable. The scheduled castes who are basically Jammu centric are quite surprised to note that their strength has shown a decline since 1981 which goes against the established norms of population growth in the region as well as the entire country. The Gujjar-Bakerwal community claims that its actual population share is higher than suggested by the census. 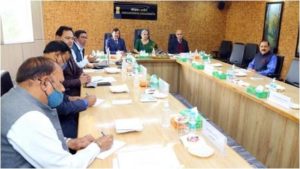 The decision to use the 2011 Census data for Delimitation will definitely compound the difficulty of reaching a fair conclusion.

The Kashmir based political parties are playing their cards very close to their chests. While the National Conference has, after initial hesitation, met with the representatives of the Commission, the PDP has refused to do so. “Our party has decided to stay away from this process and not be a part of some exercise, the outcome which is widely believed to be pre-planned…..,” said PDP General Secretary Ghulam Nabi Lone. National Conference too, in its memorandum submitted to the commission, has questioned the legal validity of the panel saying Delimitation of constituencies can be undertaken after the next census.

The Delimitation Commission has hinted that while population will form the main criteria, the geography, terrain and topography, population density, ethnic composition etc will also be considered. This aspect has its own dynamics and may become an issue of contention in the long run.

The seats reserved for Gilgit-Baltistan are also likely to emerge as a point for debate since they remain with the UT of Jammu and Kashmir while the region is territorially included in Ladakh. It may not be politically relevant at the moment but it is something that should not be allowed to linger unnecessarily.

Ideally the Kashmir based parties would have liked the Delimitation process to remain dormant for as long as possible – preferably till 2031. The change in borders, however, has given the opportunity to the government to go ahead and it is doing so. The Government is also quite determined to ensure that the reservation for Scheduled Tribes in the assembly and extension of right to vote to the West Pakistan refugees and others who have qualified for domicile in the state is ensured.

The delimitation exercise, therefore, is of a sensitive nature. On the one hand the applicability of the 2011 census is likely to create problems but then there is no choice. On the other hand, the balancing act of increasing  the number of seats from 107 to 114 will not go well with the Kashmiri leadership.

If not handled with maturity and sensitivity, the Delimitation process has the potential of triggering an uprising in the region which is witnessing peace and tranquilly after decades. Undue hurry may lead to distrust and escalation of unrest that would linger for a long time especially so in Kashmir. It also needs to be remembered that some vested interests in Kashmir have the expertise and the potential to trigger an uprising at the slightest pretext. Over and above the cautionary note it can be said that the commission is going into great detail to ensure a fair award that is acceptable to all.