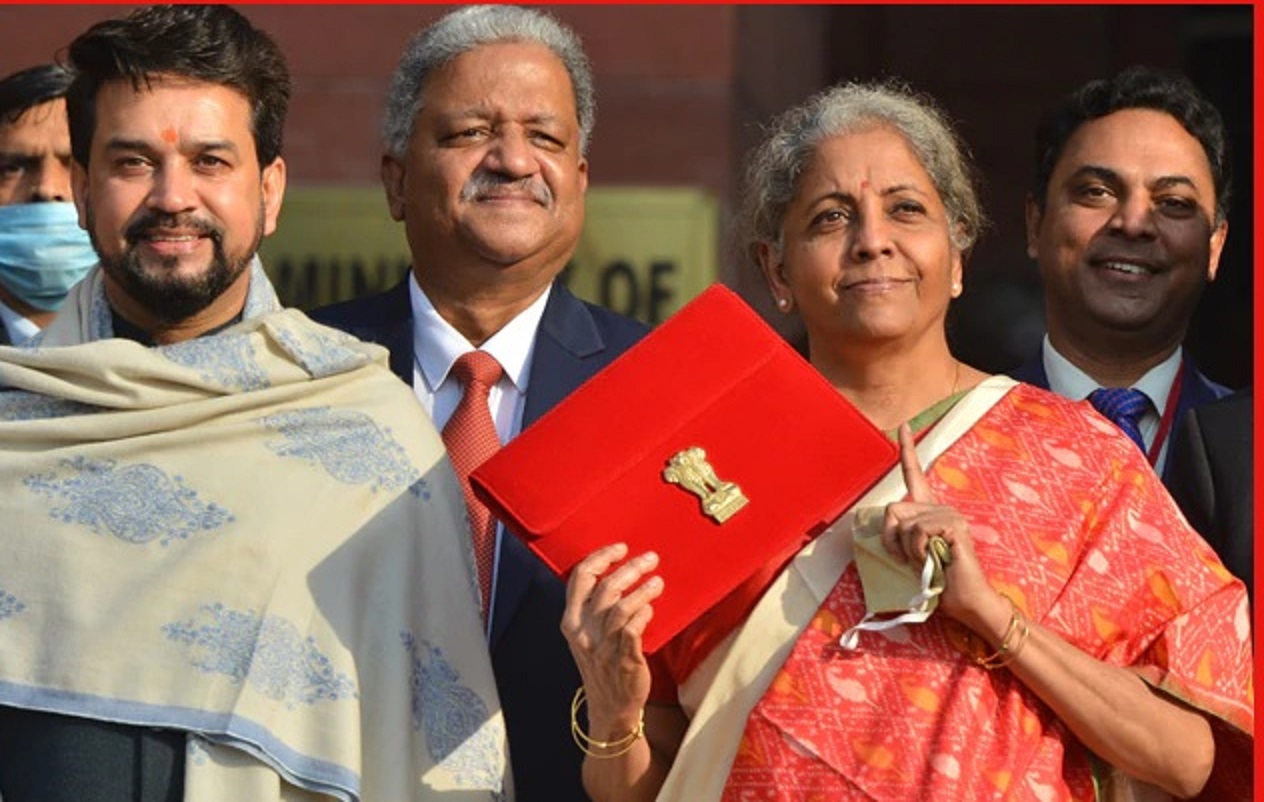 “I specially thank Prime Minister Narendra Modi and the Finance Minister for increasing the defence budget to 4.78 lakh crore for FY21-22 which includes capital expenditure worth Rs 1.35 lakh crore. It is nearly19 percent increase in defence capital expenditure. This is the highest ever increase in capital outlay for defence in 15 years,” said Union Defence Minister Rajnath Singh after the announcement of the Union Budget, 2021-22.

The Defence Minister of the country carries on his shoulders an onerous responsibility of preparing the nation for multifarious threats emanating from a belligerent neighbourhood on two fronts. The fact that he has expressed satisfaction with regard to the budgetary allocation for defence gives to the nation much to cheer about.

The most significant point is that the outlay for weapons and modernisation has been increased from Rs. 1,13,734 crore last year to Rs. 1,35,060 crore for 2021-22 which is an increase of nearly 19 per cent. This implies that the modernisation drive will stay on course. Also, there will be no let down in preparations to meet all security challenges being faced by the nation. Overall, defence has not been allowed to take a hit despite 2021-22 being  a difficult year in which the economy will continue to be under strain due to the post-COVID situation.

However, the pension-related expenditure has come down to Rs 115,850 crore for the next year as against revised estimates of Rs 125,000 crore in the year gone by. The Ministry of Defence will be expected to pull corners in revenue expenditure to make good the deficit. Alternatively, a reallocation under the pension head can be expected in the middle of the year. Presently, the focus has been kept on modernisation.

In the preceding year, India witnessed enhanced security challenges along its frontiers with two inimical neighbours in the Northern front.  Pakistan has not relented from its Proxy War and attempts to keep Kashmir unstable through infiltration of terrorists. Alongside, tensions have escalated along the Line of Actual Control (LAC) with China. The face-off in eastern Ladakh led to amassing of troops on both sides with India finally occupying some strategic peaks and gaining the upper hand. Even as attempts towards resolution are on at the diplomatic and operational level India, in a departure from earlier policies, is unwilling to shed an inch of territory along the LAC. Thus, both sides have adopted hardened positions. There is a possibility of conflict escalation once the winters pass away. There is also a possibility of a two front threat with Pakistan and China joining hands to pressurise India. Under such circumstances the defence budget gains great importance.

Of particular importance is an enhanced focus on operational readiness of the Northern Command of the Indian Army that will continue to remain “always in operations” as is its credo. The level of preparedness in the Command theatre has remained at a peak all through the winters; not only logistics but also troop and equipment build-up has continued at a steady pace.  Should China attempt any misadventure it will face dire consequences as it did in the last year.

Application of the concept of Atmanirbhar Bharat in the defence sector will sees considerable momentum in this upcoming financial year. It is hoped that the percentage of indigenous intake in defence hardware will increase through independent entrepreneurship  as well as  collaboration.  Experts like DRDO Chief G Satheesh Reddy are already expressing hope of a perceptible increase in this direction in the next five years. India already has a state of the art missile capability in all categories and platforms. Satheesh predicts great momentum in export of indigenously developed missile systems to various countries for which the  Government has already given approval.

A lot of momentum in Atmanirbhar projects was witnessed in the defence sector in the preceding year with induction of weapon platforms like the Tejas MK 1 fighter aircraft, Arjun Main Battle Tank, 155mm Self Propelled Artillery guns, third generation anti-tank missile (NAG), anti radiation missile( Rudram) etc. ISRO  has been rated among the top five government space agencies of the world, it has deployed flexible launch platforms to complete the missile defence triad of the country and mastered cryogenic engines technology for launch of inter-planetary  missions. The aforementioned is definitely an appreciable march towards self reliance.

The march towards Atmanirbhar mission in the defence sector can maintain momentum only if the defence budget provides the required resources to purchase what has been produced. If orders are not forthcoming from the Ministry of Defence then no forward movement is possible. For this, an enhanced Budget becomes necessary. Defence should no longer be looked upon as a static expenditure, it now has the potential to boost a growing economy with enhanced industrial production and the associated creation of jobs.

In case the challenge to the country’s sovereignty and territorial integrity increases due to evil aspirations of our neighbours there may be a need to resort to urgent one-time enhancement of defence budget. Initiatives like cess in income tax, super profit tax on corporate sector, increase in capital gains tax to meet defence needs can be considered. It can be reasonably assumed that the nation will not fight shy of contributing to national security and will happily take on the additional burden.

In the long term, India needs to look at a five-year plan that takes our defence allocation to 3 percent of the GDP. NATO guidelines are for a minimum of 2% of GDP on defence;  an additional 1 percent would be ideal given our threat perception.

The Armed Forces also need to respond with methods to reduce the revenue budget and cut costs. Certain progressive steps in this direction are already being taken; the three services are well on the way towards transformation from manpower intensive to technology intensive structures. These initiatives will need to be strengthened with infusion of capital as required initially; the same will accrue long term fiscal benefits.

(Jasbir Sarai Singh is a military veteran and a social worker)