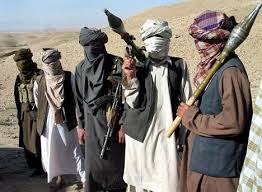 Tehreek-e-Taliban Pakistan (TTP) is a force to reckon with. Over the last few years and especially since the Nawaz Sharif’s PML (N) has come to power, the government of Pakistan has been floundering in its policy to tackle the challenge posed by this militant organisation. The government cannot be faulted for efforts to engage the TTP in talks as was spelled out in its election manifesto; it bent backwards in its efforts and managed a few rounds of dialogue. The TTP, however, arrogantly perceived this effort as a sign of weakness and has adopted unreasonable postures. Most distressing has been its policy of continuing with its violent activities even as the talks are underway.

The latest attack on Karachi Airport for which the TTP has claimed responsibility has evoked revulsion across the Nation and in the international domain. More and more voices within and outside Pakistan are questioning the wisdom of engaging with this maverick organisation in dialogue. Opinion is increasingly veering towards a perception that the state has “ceded control of the national narrative to the extremist groups.”

TTP has publicly declared that the Karachi strike has been carried out to avenge the death of the Taliban leader Hakimullah Mehsud in November 2013. There are other plausible reasons for the strike; Pakistan Armed Forces have been engaging militants in North Waziristan of late and have even conducted air strikes. There are disturbing reports of people moving to Afghanistan (of all the places) to ensure their safety. The attack could possibly be a message to the government that repercussion for operations in the Tribal areas will be felt in the heartland also.

The repercussion of the recent attack in Karachi and the inability of the government to come up with a firm response will go much beyond the law and order domain. As it is, international investors look at Pakistan with a fair degree of skepticism. Funds that were being received for partnership in the so-called global war against terror are being curtailed and will dry up soon enough. Nawaz Sharif urgently needs to build investor confidence to first stabilize and then resurrect the tottering economy of the country. Clearly, the kind of upsurge that is being witnessed in militant religious fundamentalism in Pakistan will do nothing to bolster investor confidence. This is a major reason that should propel the government towards some firm action in the near future.

There are, however, a number of factors that generate pessimism with regard to the possibility of a grand offensive against these evil forces. The first and foremost relates to the Pakistan army on whose shoulder will fall the responsibility to walk the talk. Driven to the wall and being forced to act against the backdrop of massive public revulsion, the force is hedging around. It is clearly not interested in getting into open engagement with its erstwhile allies in the Taliban. Now it is saying that the government should take responsibility for the imminent offensive and thus keeping a door open to mend fences with its old militant friends when the heat dies down. When the guardians of the Nation remain unconvinced on the course of action that they should follow how can victory be ascertained?

Three years back in May 2011, Militants had attacked the Mehran Naval base in Karachi and destroyed a couple of AWAC specialist aircraft. About three years before that a group of Pakistan trained militants had taken the sea route to land in and attack Mumbai. These two attacks, the recent attack in Karachi and many others, when analysed logically point towards a commonality in planning, training and execution. The terrorists involved in all such instances were well trained, indoctrinated and motivated; the precision with which they launched attacks leaves no doubt about the extensive rehearsals that they had been put through probably is areas constructed akin to their targets; they were fed wit all relevant information and intelligence; they were given survival kits and finally they were heavily armed. Terrorists in Pakistan may be from the TTP, the Lashkar-e-Toiba or any other such organisation, their training is uniform and carried out with military precision. The logical derivative is that there exists in Pakistan a highly developed infrastructure for the training of specialist militants suicide squads by some military organisation. Surely the government should be aware of this and should been in the know of the force behind this. Instead of pointing fingers at India, it may be worthwhile to look into the closet of the Inter services intelligence (ISI).

While the people of Pakistan talk in hushed tones against the TTP, an all out popular upsurge is not being witnessed. No violent movement can be quelled unless the people do not provide unrelenting support to the military and political initiative. Terrorism can be contained by the security forces only with unrelenting support of the local population. The people in Pakistan are presently on the fence-sitters phase, they want the Taliban out of their lives but are dependent upon the government and the security forces to do the dirty job, they are not coming forward to make a contribution. Not much can be achieved without such support coming by.

Expecting Nawaz Sharif to wave a magic wand and set everything right would not serve any purpose. The multiple challenges narrated above cannot be wished away, they have to be faced head-on. The problem is that the Nawaz Sharif government is not even showing the inclination to take the first firm step, it is dithering and vacillating; there is palpable mistrust between the Army and the government when it comes to the TTP and other militant organizations which further erodes the possibility of success in facing this difficult challenge. All of this builds the confidence of the militants all the more. One thing that is clear is that the battle lines are drawn; what is left is a show of courage by the government of Pakistan to take on the challenge.