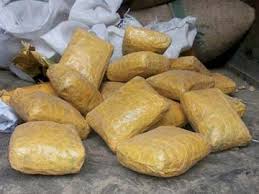 India and Pakistan have been struggling with confidence building measures (CBM’s) for many years now. While the ambit of CBM’s encompasses a large number of issues, the focal point continues to be Jammu and Kashmir. There are spurts of positive activity in finding solutions to the seemingly intractable issues; some progress is made, then suddenly something drastic happens and it is back to square on.

A good example of the baggage that puts constraints on CBM’s is the obnoxious incident of narcotic smuggling from Pakistan to India through the line of control (LOC) trade route in Jammu and Kashmir witnessed a few days back. 114 kilograms of narcotics were seized by the Jammu and Kashmir Police from a truck coming from Pakistan Occupied Kashmir (POK) as part of the cross LOC trade. The truck, purportedly carrying almonds, was subject to a search at the Salamabad Trade Facilitation Centre at Uri, District Baramulla and the contraband was discovered. A First Information Report (FIR) was registered at Police station Uri and some arrests were made. This is the second incident of seizure of drugs from trans-LOC trade since 2008. In August, 2012, Police recovered cocaine from a truck. Nine packets of cocaine, each weighing one kilo and valued at Rs 10 crore in the international drug market, were concealed in a tyre of the truck and its tool box.

The truck carrying narcotics has been detained while the other trucks have been released to cross over to the Chakoti Facilitation Centre in POK. Sadly, in an aggressive reaction, authorities in POK have detained 27 Indian trucks and have demanded the release of their detained truck. Very rightly, the Indian authorities have refused to be cowed down under pressure; the Deputy Commissioner of Baramulla has left no doubt about the fact that the law of the land will take its course. “We will convey to the authorities on the other side not to press with their demand as the law will have to be allowed to be followed. An illegal act has taken place,” said the Deputy Commissioner. The obtuse and obdurate act by the POK authorities has put a question mark on the future of the cross border trade.

It may be recalled that, as part of the CBM’s, the LOC was opened for limited travel between Srinagar and Muzaffarabad in 2005. Buoyed by the success of the initiative, the two countries extended it to Poonch and Rawalkot. The next step in this direction came on October, 21, 2008, when cross border trade on barter system was initiated with 13 vehicles carried goods from Salamabad (India) to Chakoti (POK) and 14 vehicles came in from Chakoti to Salamabad.

The trade facilitation centre at Salamabad, now in the eye of the storm, was inaugurated by Chief Minister Omar Abdullah only a few months back on November, 30, 2013. At that stage the traders had presented the need to replace the current barter system with the internationally accepted currency based trade practice and the requirement of providing telephone and banking facilities for traders. The chief minister had expressed agreement with the demand and had assured that the matter has been taken up with the central government. Even as these changes are in the pipeline, incidents of drug smuggling put a spook in the wheel. The Indian government fears misuse of telephone facility to conduct terrorist activity in the state and misuse of banking facility to transfer money for funding terrorist and other disruptive activities. The government is also very apprehensive about the narcotics trade that takes place all the time. Such incidents only reinforce the view point held by the government.

As things stand now, the initiative seems to be going down. The number of registered traders in the Valley has gone down from 600 in 2008 to 70. The list of trading items has come down from 21 to 15. If things go the way they are going, the CBM will remain only on paper with the spirit lost somewhere in between. Smuggling of narcotics will only help put the last nail in the coffin. It is, therefore, necessary to ensure that the process of one step forward and several backward finds closure at some point in time.

The whole process stands on a single point – build up of trust and confidence. Instead of taking a rigid stand in favour of one of their truck drivers who has done something illegal, the authorities in POK should try to build a confidence that such activities will not take place. Nobody is stopping them from carrying out a thorough check of the goods that are coming across rather than leaving it to the Indian authorities to discover drugs. The POK government should realise that drug addiction is a serious social issue confronting the people of Kashmir and such action will only cause a set back to the process of trade and interaction. If special effort is made then things are bound to improve, but if roadblock are there all the time then nothing can be achieved.