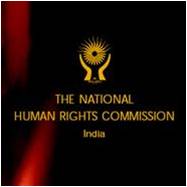 Even as the world is gearing up to celebrate world human rights day on December, 10, in India, it seems, that the National Human Right Commission (NHRC) is gearing up to take cognisance of a very bizarre allegation. If news reports are to be believed, the commission has asked its Director General (Investigation) to collect facts and submit a report, within eight weeks, on the alleged killing of two army men in Jammu and Kashmir due to mistaken identity. The commission’s direction is in response to a complaint filed by one Shri Akhand, representing an organization called the India Media Centre based at Puri in Odisha.

The facts, as given out by the media, relate to a case of two army teams mistaking one another to be militants and opening fire which led to the unfortunate death of two soldiers identified as Sepoy Ghulam Rasool Sheikh of a Rashtriya Rifles unit and Abdul Rauf, a driver of the territorial army. Lodging of a complaint of this nature lies well within the law of the country and the democratic right of its citizens; what needs closer scrutiny is the nature of the complaint, the organization from where it has emerged, the treatment given to the same by the media and finally the action initiated on the complaint by the NHRC.

The circumstances of the complaint give rise to a number of questions – why lodge a complaint of this nature on the unfortunate death of two army soldiers who belong to Jammu and Kashmir when cases of mistaken identity have earlier also been reported during counter insurgency operations by the Army in Jammu and Kashmir and other parts of the country? In fact, such regrettable incidents do happen in times of conflict due to what is called the fog of war, so why give special importance to this particular instance? Why has an Odhisha based entity, which describes itself as a voluntary development organisation providing products and services like blood donation camps, health camps, cultural activities and what it terms as “mankind activities”, taken up this particular case when it has many important matters to give attention to in its more immediate neighbourhood? Why has the media coverage to the report come predominantly from such media sources that are known to have a tilt towards the separatist movement in Jammu and Kashmir or have recently been bad mouthing the army?

An answer to all these questions would point towards a motivated reason behind the whole process and its treatment. One cannot but feel that the whole thing has been orchestrated to show the Indian army in bad light and to create controversy where none exists. Amidst this mad rush to derive some perverse benefit from the entire distressing incident, the manner in which the martyrdom of the two soldiers is being trivialized is not being given any consideration at all.

If one were to look at the situation in totality one would not be wrong in suggesting that sustained use of the army in counter terrorist operations is a gross human rights violation in itself. The soldiers who enrolled with the noble sentiment of guarding their country from external threats do not like the idea of staying perpetually in counter terrorist operations. If the NHRC wishes to take congnisance of human right violations against Indian soldiers it should address the matter in its entirety and not limit its investigations to only two soldiers. If the matter is looked upon in the aforementioned perspective then the question would arise as to what possible compensation can be given to the Indian soldier for this perpetual state of human rights violation that he is being afflicted with?

It is said that there are no perfect solutions in an imperfect world; when terrorism has emerged as an irrefutable global reality, however obnoxious and evil, there is no way that it can be brushed under the carpet. It needs to be faced head on and no better example of this is available than the efforts of the brave soldiers of the Indian army, the Para-military forces and the Police services. The death of a soldier in counter terrorist operations, whether he belongs to the army the Para-military force or the police is the by product of a human rights violation whose root cause is terrorism. This violation, regrettably, has to continue because a vicious and ruthless enemy of the nation has to be neutralised. In India it is the soldier who has taken it upon himself to perform this noble function regardless of his civilization rights.

It is against this backdrop that the nation needs to acknowledge the sacrifice made by a few for the benefit of the whole. To belittle this sacrifice by making vague assertions and indictments does not serve any purpose. Every soldier would understand that both Sepoy Ghulam Rasool Sheikh and Abdul Rauf would like to be remembered for their bravery in going out there to face the enemy and not having their sacrifice being played around with. In any case, their family and dear ones will be well looked after in accordance to the law of the land and the systems of the forces; if this were not the case than the nation would not witness so many children of martyrs and army heroes joining the force to keep up the proud tradition of their families. One cannot doubt the good intentions of an august body like the NHRC, but 0ne does feel that a case like this which involves supreme sacrifice for the cause of the nation should be subject to outright dismissal and not dragged on in a manner which would affect the morale of the forces. It would be interesting to see as to how the NHRC deals with the complaint.