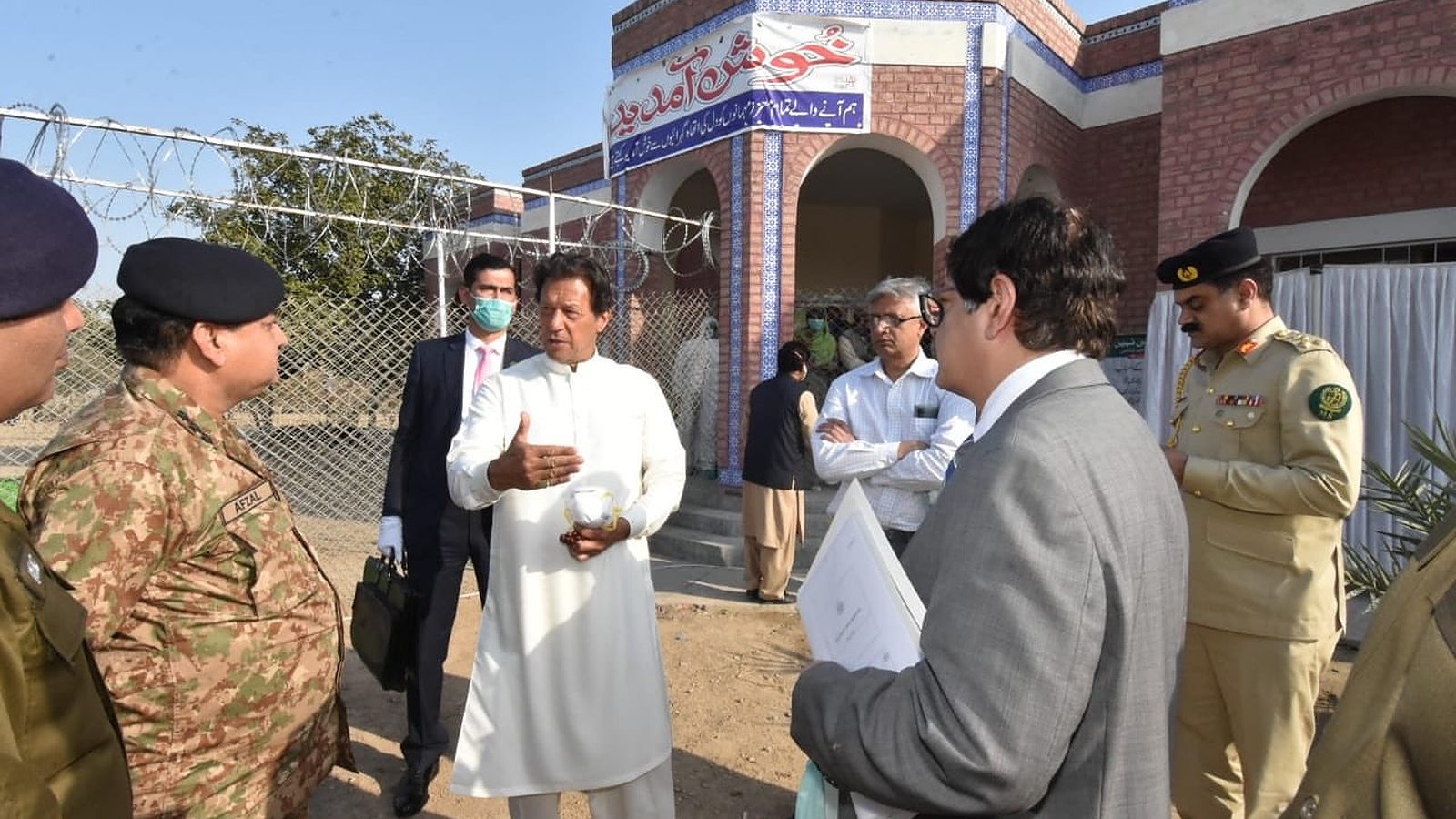 The Corona spread has led Pakistan to a miserable condition. When the Corona threat was creeping in Pakistani Prime Minsiter Imran Khan chose to stay in denial mode unwilling to impose lock down on the plea that a poor country like Pakistan cannot survive without work. Ultimately the Pakistan Army took over and announced a lock down till 15, April, but by then the damage had been done. Today there are nearing 6000 active cases across Pakistan with more than 130 deaths recorded.

Active involvement by the Pakistan Army has led to the virus creeping into its ranks. More and more soldiers are reporting sick. In order to hide the grim situation they are being quarantined, isolated and treated in Pakistan Occupied Kashmir, Gilgit-Baltistan and Baluchistan, much to the distress of the local population there that is facing an existential threat now. The rank and file of the Indian Army, on the other hand has been kept away from public duty and has remained safe from infection. it is so because Police and civil administration in India have been able to control the situation admirably and support from the Army has not been required.

Imran Khan seems to have finally understood the gravity of the situation and has appealed to the international community for financial help. “For developing countries, apart from containing the virus and dealing with the economic crisis, the biggest worry is people dying of hunger as a result of the lockdown,” he said.

Pakistan two largest creditors, the World Bank and the Asian Development Bank (ADB) have committed huge loans on humanitarian grounds and China too has provided massive medical aid. However, Pakistan’s chronic problem of not having in place basic infrastructural capacity to fully utilise such loan will cause severe problems. The prime minister has already warned that “hospitals may not be able to cope” with the increasing number of COVID-19 patients.

Prime Minister Imran Khan has announced another two-week extension in the lockdown taking it to April, 30. However, several Trade associations have announced that they will be reopening their shops, and markets. “The prolonged lockdown has not only badly hit our businesses but the country’s poor class, We are going to resume our businesses while observing safety procedures ” said Ilyas Bilour, a former president of Pakistan Chamber of Commerce and Industries.

In India, The Prime Minister Narendra Modi has exuded confidence with regard to the health condition in the country where the virus spread has been well managed. “India’s fight against the Corona global pandemic is moving ahead with great strength and steadfastness. It is only because of your restraint, penance and sacrifice that, India has so far been able to avert the harm caused by corona to a large extent….,” he said in his address to the Nation on 14 April, on completion of first 21 day period of lockdown.  He attributed this success to the correct path chosen and the disciplined response from the people despite the considerable difficulties being faced.

After showering wholesome praise to all countrymen, the prime minister announced extension of the lockdown till May, 03. Such a recourse had been recommended by state governments and other experts.  However, he did leave open a window for reappraisal on 20 April and the possibility of conditional opening of some areas that are not in the “hot-spot” category.

The prime minsiter culminated his address with an assurance that the country is well equipped to  face the challenge. “Friends, the country has ample reserves of medicines, food-ration and other essential goods; and supply chain constraints are continuously being removed. We are making rapid progress in ramping up health infrastructure as well. From having only one testing lab for Corona virus in January, we now have more than 220 functional testing labs. Global experience shows that 1,500-1,600 beds are required for every 10,000 patients. In India, we have arranged more than 1 Lakh beds today. Not only this, there are more than 600 hospitals which are dedicated for Covid treatment. As we speak, these facilities are being increased even more rapidly,” he said. What is quite visible is that India is well placed in fighting the Corona threat and, more importantly, high in morale to face the challenge. The prime minsiter has exuded confidence that the country will not need to look over her shoulder for support.

The terrible social, economic and health condition in Pakistan is, quite amazingly, not deterring the country from continuing with its evil policy of Proxy War in Kashmir. The beginning of April witnessed a massive infiltration bid in the Kupwara sector which was successfully thwarted by India by killing all five well trained Pakistani terrorists.

On 10 April, Pakistan Army started massive cross border firing in the areas from South of Athmuqam to Upper Neelam Valley. The firing started with automatics and mortars, and was soon up-scaled to Artillery guns engaging even the local populace. Indian retribution was fast and incisive, Artillery guns from Indian side started delivering fire with great intensity and accuracy, causing great agony to Pakistani troops. Pakistani gun area were silenced and Guns badly damaged.  Next, identified terrorist launch pads were targeted and a building where about 20 terrorists were housed was demolished with casualties. A Pakistani ammunition dump was also hit.

Pakistan has yet not been chastised, in recent days cross border shelling by Pakistan has been reported in Keran Sector of Kupwara, Kashmir. In another firing incident, two Indian civilians have been reported injured  and some houses damaged in cross border shelling in Manjakote, district Rajouri. Indian troops, of course, retaliated with required intensity inflicting terrible punishment to Pakistani troops .

It seems that the Corona crisis is not going to be a deterrent for the Pakistani leadership so far as targeting India (Kashmir) is concerned. It will not hesitate to even employ Virus affected soldiers and terrorists for this purpose. If somebody can help Pakistan at this sensitive stage it is India, under the circumstances such mindless belligerence is very unfortunate indeed.