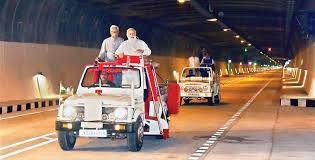 2017 offered a mixed bag for Jammu and Kashmir in both the political and security domain. The state witnessed a modicum of peace and virtual destruction of the terror machinery, due to relentless counter terrorist operation by security forces. The going was, however, not totally smooth as many issues came up, some due to circumstances and others most cleverly orchestrated by inimical vested interests.

Counter terrorist (CT) operations faced difficulty due to obstructionist acts of locals at the behest of anti-national and divisive forces. The modus operandi of the obstruction included sloganeering and stone pelting by locals on forces involved in the operations.

The situation prompted Army Chief, Gen. Bipin Rawat, towards issuing a statement that those attacking security forces during CT operations will be treated as “anti-nationals” and will face “tough action.”

The statement received flak from the separatist leadership, the paid media of Kashmir and so-called liberal elements of the nation at large, as was expected.

It, however, has led to effective standard operating procedures, wherein, the crowd is blocked off from the encounter site by deployment of Police and paramilitary forces. The army is thereby left free to carry out the operation. The ongoing operations are also exhibiting seamless synergy between the security forces and this has led to dying down of such obstructions.

These relentless and incisive counter terrorist operations have elicited to a huge success with more than 200 terrorists killed in the year which is a record.

The beginning of April witnessed a historic milestone by inauguration of the 9.2 km Chenani-Nashri tunnel by Prime Minister Narendra Modi on April, 02.  The tunnel will cut down the distance to Kashmir by more than 30 kms and the time of travel by about four hours.

“I want to tell the youth of Kashmir – you have two roads in front of you that will guide your destiny; on one side is tourism and on the other side is terrorism…..” said the prime minister in his inaugural address.

The misfortune of the Kashmir Valley is that while the Prime Minister was inaugurating the tunnel and reaching out to the South, separatists and divisive elements were busy administering a forcible shut down and whipping up anti-India sentiment.

The cold blooded and vicious murder of a young Kashmiri Indian Army officer, Lieutenant Umar Fayaz, in May horrified the entire world. The young officer was not even posted in Kashmir; he was there only to attend a family function. His killing was widely condemned, within the valley too, as a mindless, animist act that has no justification. It was avenged in September when the terrorist, Ishfaq Padder, who was the mastermind of the dastardly act, was killed by security forces.

Zakir Musa, the new chief of the Hizbul Mujahedeen attempted to change the narrative in Kashmir in mid 2017.  “The objective of the ongoing militancy in Kashmir is imposition of Sharia and not creation of a new secular state,” he said. He thus laid bare an ideology aligned with Islamic State (ISIS) and rejected the posture of his parent organisation as well as the separatists. He went to the extent of threatening to slit the throats of the Hurriyat leaders if they dared to contest the ideology. This development came across as a chilling reference to the growing Islamic radicalisation of the valley that needs to be eradicated on priority.

The month of June brought some more good tidings to Jammu and Kashmir when a record nine students of the 2016-17 Super-40 batch coached by the Indian Army for the coveted IIT-JEE Advance examination got selected for IIT, while eleven more qualified but for other engineering colleges. This was the best result achieved since inception of the initiative in 2013. Buoyed by the success, the Army has declared that the next batch will be of Super-50.

The moths of August and September witnessed a slight increase in terrorist activity in the form of a fidayeen (suicide) attack on 27 August on the District Police Lines, Pulwama, South Kashmir and a second dastardly ambush of a bus carrying police personnel at Pantha Chowk, a day before Eid-ul-Adha (Bakr Eid). The attacks were handled in a professional manner despite some unfortunate casualties suffered by security forces. The terrorist were unable to wrest the psychological initiative that their master desired. Counter terrorist operation gained more momentum in the wake of these attacks.

October witnessed the valley getting into the grip of a braid chopping phenomenon which attained a critical dimension. The incidents died down as mysteriously as they came up, giving an impression that they were orchestrated by some with a vested interest to cause social disruption and demonise the security forces.

The inherent fissures within the Hurriyat Conference became all the more prominent as it was hit, through the year, by demonetisation and a probe by the National Investigation Agency (NIA) into the illicit and criminal funding of terror and disruptive activity in the Kashmir Valley. The Hurriyat has been steadily losing its relevance over the last few years, the process gained momentum in 2017.

While the Hurriyat went through internal turmoil, it also became increasingly apparent that the central government as well as the Government of Jammu and Kashmir are very eager to take forward the political process. The ball was set rolling by Prime Minister Narendra Modi during his Independence Day speech on 15, August 2017, with his iconic statement, “Na goli se, na gaali se, Kashmir ki samasya suljhegi gale lagaane se (Kashmir’s problems can be solved only with embracing the people of Kashmir, not with bullets or abuses). This motivation is the result of the security forces having, once again, created an environment of stability wherein the same is feasible.

A predawn suicide attack on a Central Reserve Police force (CRPF) camp in Pulwama, Kashmir on the last day of the year in which fives brave soldiers lost their lives even as two terrorists were killed gives a clear indication that the terrorists and their master are determined to pursue their evil agenda to the very end. Security forces have no option but to increase pressure of operations and eradicate the menace from its very roots, which will form the main agenda for 2018.

A lot has been achieved in 2017 towards ushering an environment of normalcy and development in Jammu and Kashmir. The pace has been set for more sustained effort in 2018. Even as the sentiment is one of positivity there remains a lot to be done.

(Jaibans Singh is a reputed security analyst and author)