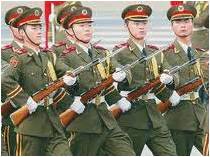 It is very interesting to note the alacrity with which China registers its protest against any action that India may take to further its strategic interests, either internally or in concert with other nations of the South Asian region. The recent decision by the Indian Army to improve upon its defensive posture along the line of actual control has not even taken off the starting block that China has gone on record to term it as a “bold move” which implies that India was now seeing China as a “de facto” competitor. China has also chosen to raise concerns on the steps that India is taken towards modernisation of its armed forces, especially so, the Air Forces which is presently in the process of acquiring a modern fifth generation fighter aircraft. The deployment of Brahmos Cruise missiles by India has also raised the ire of China. On an earlier occasion China has cautioned the Indian Naval ship INS Airavat on its presence in “Chinese waters”, as it was leaving the Vietnamese port of Bha Trang on July, 22, 2011, notwithstanding the fact that the Indian ship was very much within Vietnam’s exclusive economic zone and international waters. In yet another display of diplomatic obtuseness, the Chinese news agency Xinhua had the temerity to criticise a possible Indian oil exploration venture with Vietnam in the South China Sea, well within Vietnam’s maritime boundary, as a “reckless attempt to confront China”. It warned that Beijing may “consider taking action to show its stance”.

In fact, China being a totalitarian regime does not believe much in diplomatic niceties while defining its relationships with countries across the world. It growing economic clout has made it even more arrogant and unconcerned in its conduct in the global arena. This, of course, is a unique departure from China’s traditional methods of diplomacy which were the epitome of patience and perseverance; nowadays it does not hesitate from issuing threats like a common thug. Its badly hidden attempts to portray itself as a responsible global power get exposed regularly due to its propensity to support dictatorial and totalitarian regimes. It did so in Yugoslavia, followed by Africa and yet again during recent instances of turmoil in the wake of the “Arab Spring”. It was Mubarak and Gaddafi who garnered its all encompassing support to the extent that Gaddafi was given considerable military assistance to stay afloat. In international diplomacy, it has consistently been on the wrong side of the fence. Clearly, partisan interests are given precedence in Chinese diplomacy over morality and humanitarian probity. Under such circumstances, China’s support to Pakistan is not hard to understand.

Things are not going to improve over the years; growing financial clout is going to make China more aggressive, assertive and belligerent. Whether for good or bad it will definitely pursue a policy of “strategic overreach” without heeding the historical consequences of the same. By so doing, it may go the way of Europe and the United States and land into a deep financial quagmire, but this will probably not deter it from following the well trodden path.

It is India which has to be worried about the path that China seems to have chosen to follow in the future. While looking at aspects of her own security India also has look at the larger picture of providing support to such countries along the South China and East China seas like Japan, South Korea, Indonesia, Taiwan etc; apart from countries in its immediate neighbourhood like Myanmar, Bhutan, Nepal and Sri Lanka whom China is trying to control with all means at its disposal.

There is every reason for India to nurture the distrust that it has for China and also take credible action to meet all security concerns. There is no question of getting brow beaten or being complacent simply to give a boost to trade. Towards this end, the fact that India has remained unnerved by Chinese threats and has exhibited a determination to continue with its strategic and energy initiatives is a very positive indication of its resolve to chart an independent course. Recently, during the SAARC Summit, in a single grand gesture Prime Minister Manmohan Singh reduced the sensitive list for least developed countries under the South Asia Free trade Area Agreement (SAFTA) from the existing 480 to 25 tariff lines which means that India will now give zero customs duty access to all items removed from the list. This attempt by the Prime Minister to reach out to the least developed countries of the neighbourhood is worthy of maximum approbation.

All said and done, it is on the defence front that India needs to pay maximum attention in its overall strategy to counter China. The raising of additional forces along the line of actual control needs to be completed soonest possible and urgent steps have to be taken to match China’s growing military power. India must never lose sight of the fact that the Chinese are using their new found wealth quite optimally towards building upon their military capability. It would be fatal for India to be taken in by Chinese assertions that its modernisation plan is aimed at a “peaceful rise” and that its military modernisation campaign is an offshoot of the need to update its structures. There can be no doubts about the paradigm shift in Chinese military strategy which is now looking towards “warfare beyond all boundaries and limitations”. The slightest passivity in responding to the situation may well lead to a repeat of 1962, which would be a reason of eternal shame for India and which would dash the country’s ambition to become a global power.