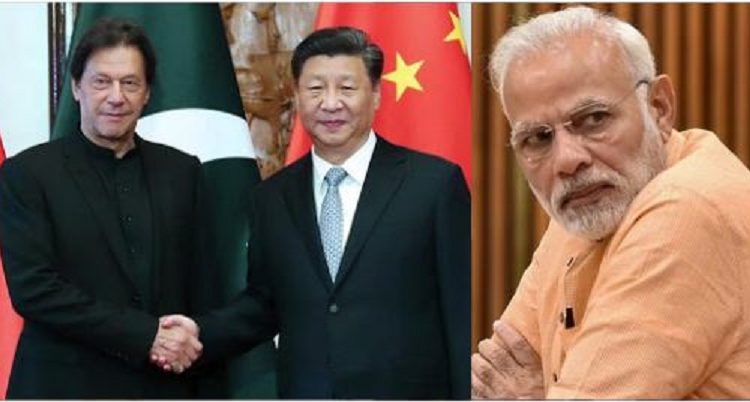 As the summers set in, the security situation  on the Indian borders becomes all the more challenging . Even though ceasefire with Pakistan is holding along the Line of Control (LOC) and the International Border (IB), attempts towards infiltration of terrorists, money, weapons, drugs etc into Kashmir are continuing and are expected to gain momentum in the coming months.

Ladakh has not witnessed a substantial confrontation since the massive face-off in 2019. The possibility, however, of an escalation remains alive all the time, more so, since the talks between the formation commanders in Ladakh and the diplomats of the two countries are nowhere near the culmination stage.

The security situation at the Global level also leaves much to be concerned about. As the Russia-Ukraine war gets into a stalemate there is more and more pressure upon India to take sides with the west. India, of course, is insisting on staying neutral and is definitely not ready to go against its old and traditional friend – Russia. The problem is that within the framework of the war getting prolonged,  China may get some ideas of exploiting the situation with misadventures in its own neighbourhood. The two friction points that can be identified are the Line of Actual Control (LAC) with India in Ladakh and Taiwan.

With the West unhappy and Russia not being in a position to help, India may be left alone in facing the Chinese threat. China, on the other hand, can always depend upon its vassal state Pakistan to come to its assistance.

The silver lining is the tenuous financial condition of Pakistan. In recent times the prime minister of the country has been making a beeline, hat in hand, for all possible capitals of the world from where some “dole” can be extracted. He went to Russia earlier where he could not get anything since the war commenced on the day that he landed there.

Recently, Khan has visited China to bolster the image of the country during the 24th Olympic Winter Games (Winter 2022) that had been boycotted by the west in protest against allegations of human rights abuses in the Xinjiang Province of the country. Imran Khan wished to project himself as a tall leader who had been given an important international role while China looked upon him as a representative of a vassal states called in to make a show of international representation. He got a meeting with President Xi Jinping with great difficulty.

China is also quite cut off with Pakistan for its inability to expedite the CPEC and also provide security to  the project. The attack on the Chinese engineers and workers working on the Dasu Dam project and the recent attacks in Noshki, Panjgur and Kech in Balochistan when seen along with the massive protests at Gawadar against Chinese fishing trawlers have compelled China to reconsider its options. All of the above could well be a good reason behind the lukewarm reception that Imran Khan got from the Chinese during his recent visit. Significantly, China did not go beyond its standard position on Kashmir being a dispute that would be best resolved under auspices of the United Nations and/or bilateral talks. 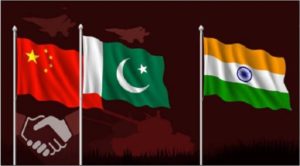 To summarise, all does not seem to be well in the so-called “higher than the mountains” and “sweeter than honey” relationship between China and Pakistan. Strategically speaking, the situation translates itself  as one where China will not hesitate from demanding Pakistani assistance in its own conflict against India, but it is not ready to assist Pakistan on the issue of Kashmir or other factors that mar the India-Pakistan relations.

Apparently, it would be best for Pakistan to leave its self-destructive obsession with India and Kashmir and instead concentrate upon getting out of the debt trap and improving upon its financial condition. It simply has to institute the structural reforms that would enable the flow of foreign funds into the country. The existing practice of the Government of Pakistan to borrow from China to pay interest on loans taken from other countries will only exacerbate the financial mess that the country is in.

Easing on a confrontational approach against India, however, is not a path that the country is likely to take so far its Kashmir policy is concerned. There the diktats of the Pakistan army will reign supreme and the deep state will never look at conflict de-escalation as an option.

India, therefore, can look towards a summer that will see hardening of positions along the LOC as well as LAC. Anti-India operations will continue with every attempt being made to leverage the preoccupation of the world with the Ukraine situation to first apply pressure and then blame India for taking a belligerent stand. The end result will be an avoidable vitiating of the environment.

The confrontation will be supported with proper use of the information domain and psychological operations. Already Pakistan sponsored lobbies in the US are active in raking up the Kashmir issue by saying that India has erred by not holding assembly elections in the Union Territory of Jammu and Kashmir as promised; insinuations are being made about journalists not being allowed to move around freely in the region. Such acts are harbingers of what is in store for India in the coming summers  so far as Jammu and Kashmir and Ladakh are concerned.

A Pakistan and China nexus against India will add a perilous dimension to the already fragile security environment obtainable in the world today. The opening of another front of conflict is not something that the world can desire or afford. The Northern Command of the Indian army that is responsible for the Jammu and Kashmir and Ladakh theatre is poised to face all challenges. It will, as always, act with responsibility and maturity. It now depends upon the neighbours to restrain themselves from such misadventures that can cost them dearly considering their tenuous positions.