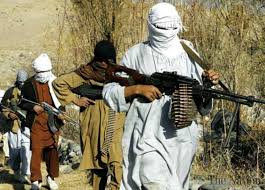 The killing of a Lashkar-e-Toiba terrorist, Ishfaq Padder, in an incisive joint operation by the Army and Special Operations Group (SOG) of Jammu and Kashmir Police (JKP) comes across as a big success for the security forces. Ishfaq Padder was involved in the dastardly killing of Lieutenant Umar Fayaz;

For the Indian Army, honour is redeemed as the murder of its brave scion stands avenged. The remainder who were involved in the dastardly act will undoubtedly join their comrade sooner than later.

This successful operation comes in the wake of a slew of terrorist strikes in the Kashmir Valley against security forces in the last few weeks. This is a cowardly retaliation ordered by the terror masters sitting across the border designed to offset the massive success that security forces have achieved in counter terrorist operations in the current year. An unprecedented 150 plus terrorists have been killed in this year so far, and there is no let down in the momentum. Sustenance of the cult of terrorism in Jammu and Kashmir has become difficult for the terror mongers, and as such, to reestablish their relevance it has become imperative for them to attempt orchestration of a blood bath.

In view of the aforementioned strategy, a fidayeen (suicide) attack was ordered on 27 August on the District Police Lines (DPL) at Pulwama, South Kashmir. It resulted in the martyrdom of eight brave soldiers (four CRPF soldiers and four policemen) even as all three terrorist were killed.

A high point of this operation was not the success of the attack but the professional manner in which 36 families of the Police personnel were evacuated from the encounter site. While the chances of casualties to security personnel in a fidayeen attack are always high, the manner in which the tense situation was managed was exemplary indeed. It was a big slap on the face of the terrorists who wanted to kill innocent civilians to further their unholy agenda.

In a second dastardly attack, a day before Eid-ul-Adha (Bakr Eid), terrorists ambushed a bus carrying police personnel at Pantha Chowk on the Jammu-Srinagar highway. One policeman is reported killed while a few more are injured.

What is astounding at this stage is Pakistan’s obduracy in continuing with its unholy agenda despite the futility of the same becoming quite apparent to all.

The country is getting internationally isolated since its bogey of gaining sympathy by projecting itself as a victim of terror has been seen through. Its most abiding ally, the United States, has put severe restriction on aid. The US has stopped grant of a 350 USD Coalition Support Fund to Pakistan since the Defence Secretary of the nation has been unable to certify sufficient action having been taken by Pakistan against terror networks operating from its soil. This is one of the many areas of financial support to Pakistan where the US is mulling reduction.

President Donald trump, during his visit to Saudi Arabia named India among other countries as a victim of terror. Significantly he left Pakistan out of the countries listed. A bigger diplomatic slight cannot come by for Pakistan from a country that it looks upon as its best friend. Despite this, there has been no let up in attempts to proliferate terror into India, especially Jammu and Kashmir.

There is no indication of Pakistan being remorseful or ready to succumb to the sane advice being rendered to it from across the world. If anything, the country is becoming more belligerent and obstinate.

A good indicator of the Pakistani mindset is the dismissive response of the all powerful Army Chief, General Qamar Bajwa. When asked about the reduction in financial support to his country from the US he said, “We are not looking for any material or financial assistance from the USA.” Nowhere in the world can an Army Chief speak in such an arrogant manner.  Against this backdrop there seems to be little chance of Pakistan changing its malevolent course.

India, therefore, is left with no option but to gear up and defeat the malicious intentions of the terror mongers while also keeping the diplomatic pressure on Pakistan going.

To this extent, the relentless counter-terrorist operations being conducted in Jammu and Kashmir and the proactive posture being adopted along the line of control is the best policy.

The process of winning hearts and minds of the people has to proceed in conjunction. In this, the model provided by the Indian Army Operation Sadbhavna of “helping the people help themselves” must be studied closely by the government in view of the resounding success that the same has achieved. Development and aid alone do not provide a holistic solution; provision of skill followed by generation of employment is of critical importance.

The government is also achieving a major breakthrough in dismantling the terror machinery through its investigations into the activities of the anti-national elements in Kashmir, especially so with respect to the source of funding.

The ultimate solution, of course, lies in a mass movement by the people against the terror mongers. It is the people who can ultimately defeat the evil designs of their enemies. Who has ever been able to withstand the collective will of a determined people? It is sincerely hoped that the people would respond and the situation in the valley would take a turn for the better in the near future. This is the time for the last push!

(Jaibans Singh is a reputed analyst, commentator and author)