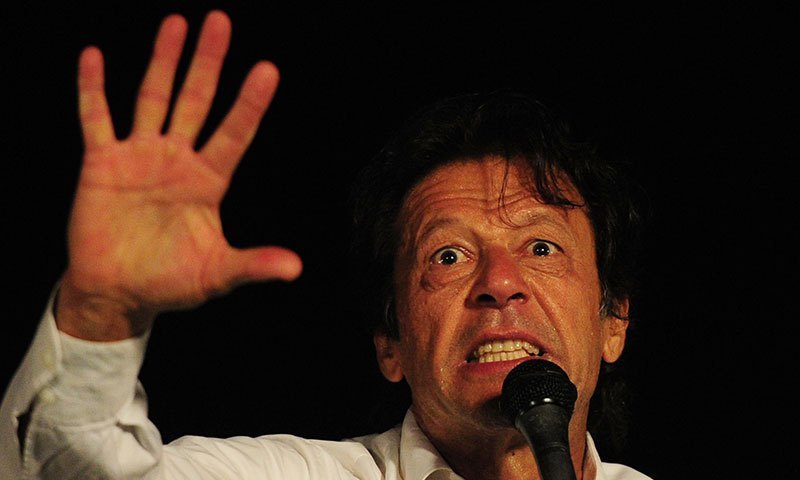 Being prime minister of a country like Pakistan is not easy under the best of circumstances. It involves walking a tight rope in a situation where your decision making ability is severely restricted by a number of forces, mainly the all powerful Pakistan Army and close on its heels the very powerful fundamentalist, militant warlords. The tenuous administrative structure marred by endemic corruption does not provide any succour. A war prone neighbour like Afghanistan on one side and an economic giant like China on the other, ready to devour the country in its lust for money create a massive diplomatic challenge. The self destructive tension with India, the only neighbour that actually bears no ill will against the country, draws on all energy that could be well utilised in other spheres that need more attention.

If you throw in this quagmire a brilliant cricketer and international playboy like Imran Khan, who took to politics as a means to fight a mid-life identity crisis, and then propel him to the position of prime minister, it is quite obvious that nothing good will come out of it. Where very powerful families that have been in politics for generation have failed, how would a political greenhorn succeed?

Even after becoming prime minister, Imran Khan is viewed as a novice in politics by the well entrenched political establishment of the country, he has failed to garner even minimum acceptance as a leader from the parliamentarians in Pakistan, let alone a universal recognition.

It is, therefore, no wonder that Imran Khan, within one year of becoming prime minister finds himself in political wilderness with the proverbial “Sword of Damocles” hanging over his head. The talk of an ignominious ouster in the hands of the very Army that propelled him into the position is gaining momentum.

So where did Imran Khan go wrong? There are some issues not of his making and others in which he has erred. They all join together to create a cocktail of misgovernance, wrong decision making and lost opportunities.

On top of the list is the face-off with India which has come as a big jolt to the already rocking boat that Khan is sailing in. He had barely emerged from the embarrassment caused by the successful Balakot Air strike by India when the reorganisation of the state of Jammu and Kashmir left Pakistan in doldrums. The all important “jugular vein” of Pakistan has been cut.

Imran Khan is least prepared or competent to deal with a political development of this magnitude. He has been blindly doing what his advisors and his boss, General Qamar Bajwa, have been telling him to do. Pakistan left no stone unturned to raise the issue with US President Donald Trump, UN Security Council, IOC, UNHRC and several countries, but all in vain. At the behest of the army, Imran gave a nuclear threat to India but ended up being mocked. The contradictions that have come up as a result of this haphazard diplomacy have exposed him as a blubbering fool rather than a strong leader.

The stunned Pakistan Army is feeling helpless due to complete absence of support from the Pakistani leadership on the government’s policy on Kashmir. Army hierarchy is also upset over not getting help from any country. The attempts to escalate the violence threshold in Kashmir by enhanced ceasefire violations and pushing of terrorists have also come to naught. The violent reaction by local Kashmiris’ that could have given to Pakistan the leverage to move international and domestic opinion has also not been forthcoming. The Pakistan Army is, quite naturally, on the lookout for a fall guy and Imran Khan tops the list.

The very critical economic situation of the country comes next in his list of failures. In the last calculations released in July this year, the central government debt in Pakistan jumped up to Rs. 33 trillion with a net addition of Rs. 1.23 trillion in just one month. Milk in Pakistan is costlier than Petrol and essentials like Onions and Tomatoes are becoming unaffordable even for the middle class, what to talk of the poor.  Khan is following the well tested route of blaming India. He has gone on record to state that India is trying to bankrupt Pakistan and to push it on the blacklist of the Financial Action Task Force (FATF) and exert pressure from the International Monetary Fund (IMF). The people, however, are not ready to accept that India is the reason behind the sky rocketing prices.

Apart from the Punjab Province, and that too partially, all others provinces and peoples of the country are up in arms against the federal government. The situation is almost at the level of a civil war. Protests by Balochs, Pashtuns, Mohajirs, Gilgit-Baltistanis, Sindhis and all other communities are increasing by the day. The government is in paralysis, unable to even reach out to the people let alone assuage their feelings. The slogan of “Naya Pakistan” (new Pakistan) is now grovelling in the dust

In the domain of foreign policy Pakistan, under Imran Khan, has been unable to give an assertive posture. It continues to have strained relations with all of its neighbours with the exception of China, the country that it should be most wary of. Bending to woo Saudi Arabia and the UAE over the past year in an attempt to stabilize the economy has brought little relief.

In Pakistan, the Army has a complete say in choosing the Prime Minister. Any prime minister facing revolt or protest is usually sidelined by the Army. It is no wonder that speculations are rife in the Pakistan Media over the removal of Imran Khan and that too as early as October this year. The only way Imran Khan can face up to this challenge is by adopting an approach that looks more to internal issues than the external environment. He needs to shed his preoccupation with Kashmir and understand as to where is priorities should lie. It remains to be seen whether he is up to winning this biggest match of his life

(Jaibans Singh is a reputed expert in strategic affairs)