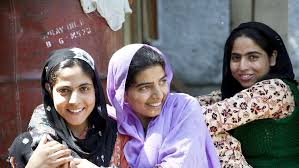 “I am confident that the recent changes made in Jammu-Kashmir and Ladakh would be of immense benefit to those regions. They will enable the people to access and enjoy the same rights, same privileges and same facilities as their fellow citizens in the rest of the country,” said President Ram Nath Kovind in the address on the eve of the 73rd Independence Day.

He was referring to the decision taken by the parliament of the country, on 05 August, to modify the provisions of Articles 370 and Article 35A in a manner that would facilitate complete integration of the State with the Indian Union. The parliament also approved bifurcation of the state into two Union Territories comprising of Jammu-Kashmir and Ladakh respectively.

Among the many benefits listed as an outcome of this monumental decision, women empowerment has been given the maximum significance. It is so because women, under the Constitution of Jammu and Kashmir and due to provisions of Article 35A, were being denied full-fledged rights to land and property in the state.

To put it simply, such women who were state subjects but married a person who was not a state subject forfeited legal and ancestral right to their own property in the state. This was because of the definition of a “permanent resident” of Jammu and Kashmir as given Article 35A of the Constitution.

The legislation passed by the parliament on 05 August, sets aside this proviso and gives to the women of the state who are married and settled in other parts of the country and even abroad full right on their land, and property. They also have the right to transfer their property within and outside their family.

“Today, I am an equal with the men of J&K. Now, my children also are entitled to property. Despite 2002 legislation, there were still problems. This is a historic day that I will forever remember,” said Manu Khajuria, an activist who for long asked the government to amend the gender bias.

The foregoing definitely constitutes good tidings for the women of the state but it addresses only the tip of the iceberg so far as the problems being faced by them are concerned; problems that have accrued due to the turmoil and unmitigated violence that the region has witnessed over the past many decades.

Women, along with their children, are the most vulnerable victims of the environment of foreign sponsored terrorism and militancy; they have witnessed the degeneration of their otherwise enlightened society leading to a perceptible increase in domestic violence, humiliation and harassment. So many women have been widowed due to the terrorist initiated violence, others who were forced to marry the foreign terrorists have been left as “half widows” to fend for themselves and their children.

Education of women and their work potential has also taken a big hit. Whenever there was prolonged turmoil it was the girl student who was removed from school. This further led to the women remaining unemployed and dependent. All of the above has resulted in serious health issues and latent depression among the women.

The Army very well understood the trauma being faced by the women of the state due to the debilitating shadow of terrorism. In response it has given, for more than three decades now, special attention to their needs though the medium of its welfare initiative –Operation Sadbhavna. Women Empowerment Centres, where women are imparted skills like stitching, knitting, making pickles and other canned stuff, computer training etc. are being run by the Army across the state. This apart, women are given special medical treatment in Army medical camps, especially during pregnancy. The Army Schools running across the state provide admission to girl students; young girls are also motivated to actively take part in sports and other cultural activities.

Now, as an outcome of the change in status of J&K, all central schemes for women initiated by the ruling NDA government will be seamlessly applicable in both Union Territories.

The government has already declared women empowerment as a priority area in its overall development plan for the two Union Territories. Benefit and empowerment for women is bound to flow from the flagship schemes like Beti Bachao, Beti Padhao; Sakhi, also known as the One Stop Centre Scheme initiated from the Nirbhaya fund; Swader Greh, for rehabilitation of women; Ujjawala, to stop trafficking  and other women centric initiatives being run as part of digital India, Skill India etc.

While leveraging the aforementioned schemes, the government needs to take a leaf out of the work done by the army in keeping the women of the state in equilibrium during the times of terrible violence and disruption and build up upon the same on priority.

Women safety and security has to be ensured in full measure, along with education, including adult education, skill development and vocational training. The National Rural Health Mission (NRHM) already implemented in the state needs to be given a big impetus so far as women are concerned. Employability of the women needs to be enhanced by giving a boost to the spirit of entrepreneurship through provision of micro credit schemes. Women need to move out to work for which provision of working women hostels is a must. An end has be put to debilitating social practices like early marriage, lack of decision making in family and society affairs that have gaining traction due to the environment of turmoil.

It is time to remove the pain and sorrow that has been heaped upon the women of Jammu and Kashmir due to no fault of theirs. The scars are deep and will take a long time to fill, however, a sincere and sensitive effort will hasten the healing process.  Adversity has given to these courageous women a unique strength which now needs to be leveraged for their early rehabilitation.