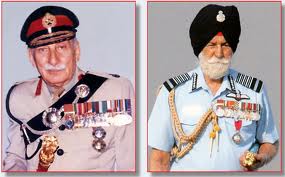 On November, 16, 2013, as the Indian cricket legend, Sachin Tendulkar, retired from international cricket after playing his last innings at Wenkhede Stadium, Mumbai, the Prime Minister’s Office announced award of the Bharat Ratna to him and to a top Indian scientist, Dr. CNN Rao. To time the conferment of the highest award of the land with a cricket match is, by itself, a graceless gesture that reeks of populism. The matter gained further notoriety when reports came in the media that Dr. CNN Rao had called the Indian political class ‘Idiots’ in a press conference that he addressed after the award was announced.

The recommendation for conferment of Bharat Ratna is made directly by the Prime Minister of India to the President of the country without recourse to any committee, panel etc. Till date, no issue regarding conferment of this award has been raised. Sadly, on December, 17, 2013, exactly one month after the announcement of the award to the aforementioned luminaries, the government told parliament that correspondence suggesting withdrawal of the Bharat Ratna to both Sachin Tendulkar and DR. CNN Rao had been received. Correspondence has also been received for conferment of the award to prominent leaders Atal Bihari Vajpayee, M Karunanidhi, Late PV Narasimha Rao and Jagjivan Ram. It is quite evident that Prime Minister Manmohan Singh and the UPA government have succeeded in politicising the highest award in the country that has stayed away from controversy all these years since independence.

The Bharat Ratna is awarded in recognition of exceptional service or performance of the highest order in any field of human endeavour. Till date only forty one distinguished personages have been awarded the Bharat Ratna; the two new nominees will take the number to forty three; these include two persons of foreign origin who have a firm imprint upon India.

More than half of all those awarded to date have been freedom fighters or have held some sort of public office through which they have, no doubt, rendered commendable service to the nation. Public service it would seem is a prime qualification for earning this honour; that being the case, politicians or other popular leaders automatically gain precedence over others. Even now there is a clamour to give precedence to political leaders over others who have made befitting contributions to the cause of the nation and humanity.

If one were to go scouting for actual jewels within the Indian system, a very obvious course would be to look in the direction of the Indian Army. If individuals who have fought for and contributed towards gaining freedom for the country have been found to be worthy of being the recipients of this prestigious honour, then the Indian Army as an organisation that has contributed extensively to the preservation of the integrity of the nation’s borders and peace and harmony within these borders is no doubt eminently suited for being bestowed this singular honour.

Every time that the country gives out a distress call, be it an external threat, an internal crisis or a natural calamity, it is always the army that is called out to meet the exigency and restore normalcy. It is also true that, so far, the army has never failed the nation.

The Indian Army is perhaps the most blemish-free organisation that our country can boast of. While most democracies in their infancy have had to suffer the scourge of military coups and subsequently military regimes, the Indian Army has remained singularly apolitical. The Indian Army has produced many icons who inspire and motivate generation upon generation of young men and women on the path of duty, integrity and, above all, nationalism. The army has been the strongest bastion for democracy, so close to the heart of the Indian citizen of today.

Is there one amongst the political leaders of today who can, for instance, match up to the iconic stature and aura of a soldier such as Field Marshal SHFJ (Sam) Manekshaw? He is a highly decorated soldier who led from the front and exhibited a legendary ability to inspire his men both on and off the field. He then went on to make a sterling contribution to the all important arena of Nation building. For long there has been a popular demand for this honour to be bestowed upon Field Marshal Sam Mankeshaw but the Indian government chooses to brush the same under the carpet

Sam is not the only one; Field Marshal K.M. Cariappa, Air Marshal Arjun Singh both served the country well and truly much beyond the call of duty, General KV Krishna Rao and General SK Sinha donned the mantle of Governors of states like Assam and Jammu and Kashmir at a time when these were burning and no one else was ready to take on the challenge to preserve the honour of the country. Many others beside them all have the potential to inspire volumes of the written word in their praise.

India today is a young country with almost sixty per cent of its population falling in the age group of what is known as the youth. If there is anything that the youth of today need most it is role models that can inspire them and keep their faith alive at a time when almost the whole system is leaning towards cynicism. What better way to provide them with such role models than to honour and acknowledge the lives of such real legends as we have in the Indian Army? In fact, the organisation by itself deserves to be honoured with this highest award in view of its extraordinary contribution to the nation. Field Marshal Sam Mankeshaw’s 100th birthday will fall on April, 03, 2014; it would be befitting if he is honoured by conferment of the Bharat Ratna to set the pace for acknowledgement of the exceptional service of the Indian Army towards nation building.