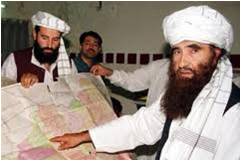 Recently the media was agog with reports of US and Pakistan considering a joint campaign against the Haqqani network and the Afghan Taliban. This startling revelation was made by none other than the ISI chief, Lt General Zaheer-ul-Islam, in his interaction with the head of the CIA, General Petraeus. Islam reiterated that Pakistan now recognises that the Haqqani network, once a proxy of the ISI, has gone rogue. Its nexus with the Tehrik-e-Taliban Pakistan (TTP) has been transformed into an alliance in which the Haqqanis attack the US/NATO forces in Afghanistan, while allowing the TTP to use safe havens in the eastern provinces of Afghanistan to attack Pakistani troops across the border.

The thought process between Pakistan and the US about the danger posed by the Haqqani network is a relatively new development. Earlier, the Obama administration’s Special Representative for Afghanistan and Pakistan, Mark Grossman, had asked for Islamabad’s assistance to facilitate peace talks with the Haqqanis. On two occasions, secret contacts were established between Islamabad and Washington for facilitating such talks. Pakistan had obliged the US and helped it reach out to the network both times but in return Islamabad demanded that its concerns about growing Indian influence in Afghanistan be addressed. Pakistani leaders told Grossman that once Islamabad’s concerns about India in the context of Afghanistan were addressed, Islamabad would facilitate meaningful talks with the Haqqani network. In a clear quid-pro-quo, Pakistani leaders also demanded withdrawal of the US decision to suspend military aid to Pakistan and also the smooth extension of the Coalition Support Fund (CSF).

The realisation that dialogue is no longer an option has probably come in the wake of the April, 2012, 20-hour siege of the British embassy and NATO headquarters in Kabul, wherein Washington openly accused the Haqqani network of being behind the incident. So much so that US Chairman of Joint Chiefs of Staff, Admiral Mike Mullen, called the Haqqanis a “veritable arm” of the ISI. Quite naturally Pakistan and the US have a mutual interest in cooperating against what may increasingly become a common threat to both, in the future. Taking a cue from this speculation, an editorial in a Pakistani daily has said that recognition of the Haqqani network as enemies of the country would be a positive step for Pakistan to take; that is comment has probably been written under influence of the US is a different story altogether.

The Taliban, on the other hand, in a bid to garner popular support propagates that the US is trying to destabilise Pakistan. It blames the US squarely for the ongoing militancy in Pakistan. The militia, which was ousted from power in Afghanistan in 2001 by the US-led coalition, is rendering advice to the people of Pakistan to prioritise “Islamic and national interests” and stand firm in the face of “America’s two-faced and implacable politics.” The Afghan Taliban also continues to scoff at US accusations of maintaining sanctuaries in Pakistan’s tribal regions. “Our bases are neither in Pakistan nor do we need residence outside of our country,” said a statement by a Taliban spokesperson. The group’s spokesperson also added that they control large swathes of Afghanistan and have the required expertise to fight a long war, “We don’t need to have bases in any other country and we have 30 years of fighting experience,” Zabiullah Mujahid told The Express Tribune by phone.

Politically also, the path ahead appears uncertain with speculations of all types doing the rounds. The PPP government has performed poorly and is compromised at every step. At this point let alone a re-election to power in the forthcoming polls, its continuance is also doubtful what with the judiciary constantly targeting the Prime Minister and the President. However, thanks to American pressure, the Army is unlikely to take the plunge and attempt a coup or prop up the compromise candidate Mr Imran Khan. Now it remains to be seen which path Pakistan chooses – coup, compromise or chaos.

At the moment dawning slowly is the horrific realisation that a break up of Afghanistan will be followed by break up of Pakhtunistan and Baluchistan, signaling the end of Pakistan as a country. The process has already gained potent proportions and will get accentuated with the imminent face off with Haqqanis and Afghan Taliban. Breakdown of governance in the country will not help matters. If Pakistan breaks up its Armed Forces are unlikely to survive intact. A majority of the service personnel are Punjabi, with 35% being Pashto; they get no sympathy from the Balochs and the Pathans who will be the chief architects of the break up. What further complicates matters is the radical-secular divide within the army, which, due to its secretive nature is hard to gauge accurately. Therefore, at this stage it is difficult to determine how a possible split will complicate the dynamics of the Nation. What is absolutely certain is that radicalisation amongst the army’s middle ranks is becoming a problem and with it comes the lurking fear of balkanisation; To add to the chaos, balkanisation will possibly result in years of guerrilla warfare in the tribal areas with significant internal displacement, as in the case of former Yugoslavia during the 1990s.

India needs to make foolproof preparations against the chaos which is likely to envelop Pakistan; the country has in place fencing along the line of control and good vigilance on the borders with electronic equipment; these will have to be strengthened to provide deterrence against such refugees who will try to get across in the ensuing melee. There is a need to prepare for other security challenges like increased infiltration of militants, nuclear arsenal falling in the hands of the fundamentalist groups etc. Also, India will have to be in the forefront of any international effort that is put in place to counter a human catastrophe in the region which is a distinct possibility.