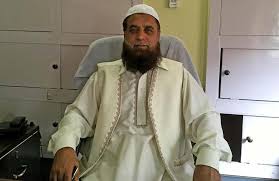 Kashmir is witnessing unrest since the last few days! People have started hoarding essential supplies on the premise that something unprecedented is expected to happen shortly. The feeling has come by due to rationing of supplies and also the arrest/detention of certain elements who are known to leverage incidents like the Pulwama terrorist attack to ferment trouble.

Restrictions on the supply chain are a result of the closing of the national highway from Jammu to Srinagar for many days due to adverse weather conditions. It is a temporary situation of a kind that has been witnessed in the valley on many earlier occasions. The proclivity to hoard, under such circumstances, has been witnessed in similar situations earlier too.

What is new this time is that the situation has come by in concert with arrest of the leadership of Jamaat-e-Islami, Kashmir (Jamaat) along with some separatist leaders like Yasin Malik of the Jammu and Kashmir Liberation Front (JKLF), even as the other separatist leaders are under house arrest and detention. The arrests have been made in the wake of the Pulwama terrorist attack.

The situation is also being linked with the hearing by the Supreme Court of India on a Public Interest Litigation (PIL) seeking repeal of Article 35A of the Indian Constitution. The mentioned Article grants certain special powers to Jammu and Kashmir; it is being prayed that the Article is unconstitutional and is also against the principles of equality as enshrined in the Constitution of India.

The feeling of uncertainty is the result of a deliberate attempt by vested interests to leverage the adverse administrative situation to get the detention of the trouble makers rescinded. The Jamaat has termed the situation as, “a well designed conspiracy to pave way for further uncertainty in the region…..seems fishy at this moment when the states special position is listed in the Supreme Court.”

The Jamaat, was conceived as a cadre base reformist organisation in early nineteenth century. In its original Avatar it had an inclination towards Sufism. It was against political outfit like the Muslim Conference and National Conference and inclined to chart out a path of its own in the interest of the Kashmiri people. It has, for long, held a position of resolving the Jammu and Kashmir issue through the United Nations and favoured talks over an armed insurrection. Towards this end, till 1990, it stood for elections too. Later, with rabid leaders like Syed Geelani, Yasin Malik and Syed Sallahuddin, taking over the reins of the organisation the narrative took a hard line. Syed Geelani, who took over the reins of the All Party Hurriyat Conference (APHC) in April 1998 with complete support of Pakistan and went on to become the architect  of the darkest, most turbulent period in the history of Kashmir is basically a Jamaati.  The terrorist organisation, Hizbul Mujahedeen, that comprises predominantly of local terrorists and functions under the Pakistan based Kashmiri stooge, Syed Sallahuddin, has been extensively referred to as the militant wing of the Jamaat.

The Jamaat has a lot of experience in moulding public opinion. It positions itself as a socio-religious organisation but does not hesitate from carrying out anti-national propaganda. It creates a fear psychosis by consistently highlighting that innocent Muslims are being subjected to police terror and witch hunts without giving any evidence for its statements. It thus creates disillusionment and unrest with the objective of widening the divide between the state and the people. The Ameer (Chief) of the Jamaat, Abdul Hamid Fayaz, who was elected to office in September, 2018, is known to have a good hold on the young cadre of the organisation. He has made it very clear that his organisation would fully back the “public movement for protection of the special status under Article 35A.”

Most of the political parties and entities have links with the Jamaat; they use the cadre of the organisation for their political purposes. It is no wonder then that all political leaders like Mehbooba Mufti, Mirwaiz Omar Farooq and even Sajjad Lone have spoken against the crackdown.

Under the circumstance and in consideration of the tense situation in Kashmir due to multiple reasons, the government agencies cannot be faulted for having detained Jamaat leaders who would have escalated the situation further with their vitriolic propaganda. The Jamaat leadership should have been checked much earlier, it is now a case of “better late than never.”

In case the Jamaat leadership wishes to work for the betterment of the people and at the same time bring about a religious awareness among them, it should study carefully the Iran model. Forty years back in February, 1979, the country witnessed a “religious revolution” with the ousting of the Shah and imposition of a religious head of state in the form of Ayatollah Khomeini. The initial euphoria of “liberation” and a great nationalist pride was soon replaced by all sorts of repression to include lashings, hangings, amputations, arbitrary imprisonment etc. Many were forced to flee from a country that had promised a pure society based on the edicts of Allah.

Forty years hence, Iran has changed! The improving levels of education and awareness, boosted by the internet, brought about a paradigm shift in the thought process of the citizens. The religious leaders have correctly read the writing on the wall, they have realised that they would not be able to keep the people isolated and repressed for long and they changed with the times. Undoubtedly, a modicum of religious decorum remains but its imposition is not as strict and repressive as it was earlier. The foregoing has been reported by The New York Times among others.

One would be happy to see the Jamaat reinventing itself and looking for options that are more centric to the well being and prosperity of the people. If it helps bring about peace; if it participates in the election process (as it did earlier) it would have a higher probability of convincing the government towards its line of thought. If such a situation comes to pass then there would be no need for “Nocturnal crackdowns.” More civilised and decent methods would be found to deal with the issues.

(Jaibans Singh is a reputed expert on security affairs, columnist and author)