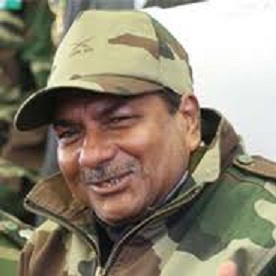 Defence Minister AK Antony today asked the Army to be ever vigilant and keep a watchful eye on the smallest developments in and around our neighbourhood. Addressing the officers and Jawans at a Sainik Sammelan at the 3 Corps Headquarters at Ranga Pahar, Nagaland, the Defence Minister said that while maintaining peace and tranquility along the border is crucial, we have to ensure that our operational preparedness is of the highest level. The Defence Minister also asked the military personnel to establish a healthy relationship with the local populace, win the hearts and minds and to project the Army in a positive light.

The advise of the Defence Minister is in concert with the strategic challenges that the Nation is facing in the wake of an unstable neighbourhood (Nepal, Myanmar) and some belligerent postures by China. The Army also realizes that the battle for stability in a situation of counter insurgency cannot be won without the active support of the people, hence the advise to establish a healthy relationship with the people. The visit of the Defence Minister against the backdrop of the ongoing talks that the government is holding with the ulfa leadership gains significance.