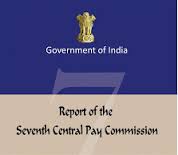 There is no end in sight to the frustrating and debilitating face-off between the armed forces and the bureaucracy on the critical aspect of pay, emoluments and stature of the former. By continuously riding rough shod on the demands of the soldiers, the bureaucracy has created a huge trust deficit. The sad part is that it is doing nothing to bridge the gap. The bureaucracy and the government do not even extend the courtesy of joining a debate on the issues of contention and presenting its point of view in an open and transparent manner. Such obduracy only adds to the problem.

The anomalies left behind by the 6th Pay Commission have yet not been resolved that the problems that will erupt if and when the recommendations of the 7th central Pay Commission (CPC) are implemented are already being discussed in the public domain.

The 7th CPC headed by Justice AK Mathur was expected to bring cheer to the soldiers fraternity by taking a positive and pragmatic view of the issues involved. It was expected that the CPC would not only bring about parity in the pay and emolument structures of the central service employees including the defence services but also give due weight-age to the unique service conditions under which the soldiers of the country operate.

The recommendations forwarded by the CPC to the government, sadly, do not contain anything which would justify such optimism that the defence services harboured. The recommendation, if implemented, would further alienate the soldiering fraternity and catapult the face-off between the defence services and the bureaucracy to another level altogether.

The 7th CPC, wishes to create an impression that it has carried out intensive research and deliberation before reaching to its conclusions. It also took the services of the leading Indian think tank, Institute of Defence Studies and Analysis (IDSA), to see the relevance of defence forces in similarly placed nations and the commensurate defence expenditure undertaken by them towards maintenance of armies.

There is a strong belief among leading experts in the field that the 7th CPC has selectively quoted or misinterpreted the report prepared by IDSA, apparently with the intention of denying fair and just treatment of the demand being made by defence forces to bring about parity and harmonisation of its pay and allowances with civilians.

There are two issues which stand out in this regard. The IDSA report says that pay and allowances of Armed Forces in most foreign armies is higher than their civilian central government counterparts. The CPC has interpreted it as defence services personnel in Indian being placed quite well in terms of pay, in relation to defence personnel in the US & UK.

Disability pension to Neither Attributable Nor Aggravated cases has been supported by the IDSA Study. The CPC has ignored this and recommended re-introduction of the slab system followed earlier that would reduce disability pension for defence personnel vis-a-vis the paramilitary forces and civilian government employees in the central services.

IDSA study team has, in their inference, brought out the importance of defence forces for every nation. It has reiterated the need to adequately earmark defence budget and invest in the human resource by means of adequate compensations, in line with that of civilians. This has been totally ignored by the CPC.

One wonders as to why the CPC took the trouble to incorporate the IDSA when it had no intention of respecting its recommendations. The exercise comes across as yet another eye wash to increase the credibility of the CPC recommendations.

CPC has given many perfunctory more recommendations without in-depth examination and due thought. It has sought abolition of free ration in peace to the officers, without knowledge of the fact that not taking a meal is an offence under the Army Act and the government is thus obliged to provide the meal. Ration was issued to the officers in lieu of separation allowance. Now neither they will get the ration nor the separation allowance.

In a second equally bizarre recommendation the CPC has sought abolishment of Compensation in Lieu of Quarter(CILQ) without realising that higher rate of Housing Rent Allowance is warranted for defence officers since they are required to stay  nearer to cantonments due to the 24/7 nature of their duties and security considerations.

It may be recollected that the 4th CPC introduced rank pay but did not consider this while fixing the pay of defence forces personnel and hence placed them at lower order in the pay fixation table. This anomalous situation was contested by some courageous retired defence personnel leading to a landmark case – Major Dhanpalan Vs State. The case went on for years and finally the apex court of the nation gave a judgement in favour of the defence personnel. The government was compelled to reimburse the anomalous amount to all serving and retired personnel who had been affected by the erroneous calculation, much to its embarrassment.

It would not be out of place to suggest that acceptance of recommendations of the 7th CPC by the government will create yet another acrimonious situation that will further add to the trust deficit already palpable in the soldier-nation relationship. It will also open the window for another round of a debilitating judicial process to seek redress which will negatively impact the image of the nation.

The circumstances that the nation is passing through and the growing threshold of violence across the globe makes it incumbent for the government to maintain a motivated and committed armed force. This is possible only if the economic and social concerns of the soldiers are met in a just and equitable manner.  The entire nation is now looking towards the government to right the wrongs that the 7th CPC has recommended. The government will need to ensure that the defence personnel do not get a raw deal yet again.