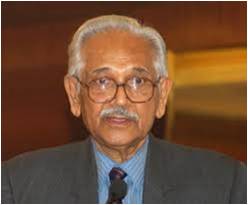 It is heartening to observe that India is finally displaying sensitivity towards its women and is moving ahead with some stringent laws against those who commit barbaric sexual assault against them. In the wake of strong protests and widespread disgust generated by the brutal gang rape of a young woman in New Delhi, the government appointed a committee of three eminent jurists headed by Justice Verma. The mandate of the committee was to recommend amendment in the laws to provide speedier justice and enhanced punishment in sexual assault cases. That it took the rape and death of a young, vivacious young girl to propel our leaders and law makers into action is really sad. We, as a country, can call ourselves really progressive if we take pre-emptive action rather than waiting for a catastrophe to push us out of our slumber.

The committee submitted its recommendations to the government which has demonstrated an uncharacteristic alacrity in implementing a major portion of the same. On approval from the Union cabinet, the government promulgated an ordinance to introduce stricter penalties for crimes against women. The ordinance has gone beyond the recommendations of the committee by providing for capital punishment in instances where rape leads to death of the victim or leaves her in a “persistent vegetative state”.

Amidst this positive development what has cast a shadow is the attempt to exploit the situation in bringing down the security threshold in terrorism and insurgency prone areas of the nation that are under the purview of the armed forces special powers act (AFSPA). The Justice Verma committee has also recommended that the provision in the act that necessitates sanction from the central government before initiating any legal action against armed forces personnel involved in sexual assault be done away with. One cannot doubt the sagacity and good intentions of the esteemed committee, however there are certain issues with regard to the implementation of this particular recommendation that need to be debated upon.

First and foremost, a disciplined force like the Indian army would never ever condone a heinous crime like sexual assault. This has been said in as many words by the senior most military commander in Kashmir. “Rape by anybody – soldier or civilian – is a crime. It is a sin which cannot be tolerated,” said Lieutenant General Om Prakash, General Officer Commanding of the Srinagar based corps of the Indian army. At the same time he also added a very relevant word of caution by stating that, “it is also a fact that false allegations of rape are a reality in conflict zones.” Statistics indicate that in all cases where misconduct has been proved the army has been swift in trial and punishment; till December 2011, 59 army personnel found guilty of human rights violations in Kashmir have been punished. It would, however, not be in order to implicate soldiers on the basis of motivated allegations.

The second point that is being missed is that the soldier functioning in areas where AFSPA is in place is not above the law of the country. If and when the government feels that a crime has been committed which requires punishment in accordance with the law of the land it retains the right to give sanction for prosecution and put the process of civil law into motion; this by itself places a huge check on the conduct of the forces personnel. Also, trial by a military court is not easy on an offender; military courts are known to mete out swift and more severe punishment than that given by the civilian courts.

In view of the grave repercussions of implementing this recommendation of the Justice Verma committee the government has chosen to stay silent on the issue in the recently promulgated ordinance. The line of thinking of the government was made known by union law minister, Ashwani Kumar, in an earlier instance when he had stated, “The review of AFSPA was a difficult issue because the context is different.” The statement implies that this issue cannot be considered from the point of view of a jurist alone, it has multiple manifestations with functionality of forces on ground in a highly vitiated environment being the most important.

As is usual, the matter is being politically exploited by such forces which are not too happy with the success that the security forces have achieved in curbing terror in Jammu and Kashmir. There are also others who have political agendas related to dilution of AFSPA by whatever means possible.

The need for such powers, however, does not reduce the responsibility of the government and the forces towards gaining public confidence on this sensitive subject. The nation has to be assured that personnel from the army, the Para-military forces, the Police services or any other government agency are subject to stringent disciplinary procedures which greatly reduce the possibility of their indulging in such heinous crimes and that the miniscule few who do so are brought to book much faster than their civilian counterparts. The army in particular needs to inform the public about the actions that it has taken and is taking to ensure that its soldiers are properly educated, indoctrinated and monitored to ensure that they do not indulge in barbaric acts. Also the process by which such heinous crimes, if committed, would be handled in places which are under AFSPA should be made public.

No person in the country can remain above the law with regard to a crime of sexual assault, more so, a person who has been entrusted with the safety and security of the public. The management of the government policy in this regard, especially so with reference to insurgency and terrorism inflicted areas, has to be within the frame work of this basic principle. The people have a right to rest easy with the assurance that AFSPA does not give immunity to commit heinous crimes like sexual assault.