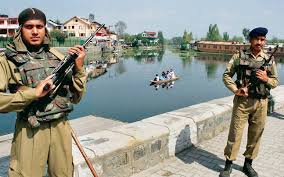 The decision of the Union Government to withdraw the Armed Forces Special Powers Act (AFSPAS) totally from Meghalaya and from eight out of 16 police stations in Arunachal Pradesh is a welcome move. It indicates firm resolve to build on the constituency of peace that has taken form roots in the region. It is notable that three years earlier Tripura also saw AFSPA being lifted after 18 years.

The decision has been taken on the basis of a visible drop in levels of violence and insurgency in the two states. The move reflects the ability of the security forces, the people and the political leadership to overcome and destroy a well entrenched foreign sponsored insurgency. It also shows the willingness of the security forces to take a back seat as and when the civilian establishment gains confidence to take responsibility for maintaining law and order as well as security of a region inflicted by insurgency/terrorism.

That the decision has been taken after due deliberation and an in-depth assessment of the situation is apparent by the fact that the Act continues to be in force in Assam, Nagaland, most of Manipur, and in the remaining eight police stations of Arunachal Pradesh.

Interestingly, the Bharatiya Janata Party (BJP) is running the government in most of the area that are now under AFSPA and yet the Union Government is not ready to take a hasty step in revocation of the Act despite some voices speaking about its so-called anti-people and draconian nature.

The foregoing clearly establishes the need to carry on with the enabling legislation so long as complete peace is not only established but it also gets a firm grip.

There have been many voices expressing apprehension about the Act not being revoked due to rigid and stringent stands taken by the Indian army for its continuance in affected area. The Indian Army has always maintained that enforcement or revocation of AFSPA in any area of the country is a political decision and that the force would be more than ready to cease operations as soon as the government decides to revoke the same.

The ease with which the Indian Army has facilitated revocation of the Act in the areas being spoken of here puts paid to all insinuations of personal agendas and reinforces its oft repeated righteous stand on the issue.

AFSPA is a hotly debated issue in Jammu and Kashmir. Many political voices, including those from mainstream parties at times, root for its complete or partial revocation. The separatists, of course, play their divisive politics on the basis of hounding the security forces and AFSPA is the main target of their jaundiced diatribe.

There is no denying that AFSPA gives some special powers to the security forces but it also has to be understood that extraordinary situations can be dealt with only through extraordinary measures. The Act is essential for the army to function proactively in counter terrorism and counter insurgency situations as obtainable presently in Jammu and Kashmir.

No person on earth can function without the assurance that his actions will not draw punitive retribution by the State and the AFSPA ensures just that for the soldiers performing internal security functions. It also has to be ensured that terrorists do not misuse civil laws to get away with their nefarious activity, hence the need to fortify counter-terrorist operations with special powers for search, arrest and detention.

The AFSPA does have provisions that curtail prosecution, suit or other legal proceeding against a person functioning under the Act except with the previous sanction of the central Government but this is definitely does not imply that the soldier is placed above the law of the land. It only implies that he will function under a different set of laws.

The Indian Amy soldiers are subject to the Army Act 1950 which is invoked while investigating all cases of excesses committed in areas under the jurisdiction of the AFSPA and the Amy Act is by no means less stringent than the criminal procedure code of the Indian constitution, in fact, justice is both apt and timely when delivered under this Act.

The lack of consensus on the issue of revocation or dilution AFSPA in Jammu and Kashmir clearly reflects the national apprehension on taking this very sensitive step at this juncture. The apprehension is not without reason; the security forces have contained a high threshold of terrorism in the Valley with great difficulty and after buying a large number of fatal casualties. Can those who advocate revocation of AFSPA guarantee peace in the Valley once this demand is met? They cannot! Vested political interests have so clouded the vision of a few that the danger that is lurking in the shadows is not visible to them. They are oblivious of the fact that the security forces are losing precious lives to ensure that there is no resurrection of terrorism that has plagued the Valley.

The AFSPA is merely a scapegoat and a very dangerous one at that because its revocation will open yet another Pandora’s Box of terrorism in Jammu and Kashmir.  There is a need to identify those who have vested interests in revocation of the Act and expose their nefarious agenda. Such politics are divorced from reality and detrimental to the cause of security of the State, they are also building barriers in the logical thought process which can create an environment for the ultimate revocation of the Act.

For the larger purpose of revocation of the Act, the best way ahead would be to create an environment which makes the Act redundant before it is removed in its entirety. For this a few factors that are significant are – a well thought out political process, full cooperation by the people and civil society in maintaining law and order and empowerment of the J&K Police.

Should the right environment come by the Union government would be more than ready to revoke the Act and the Indian army will give full support to the positive move.