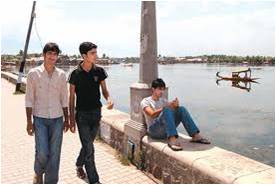 A firm stand has been taken by the centre while addressing the proposal mooted by Chief Minister Omar Abdullah regarding revocation of the Act from some districts of the State of Jammu and Kashmir (J&K). Omar may have a point in his contention; however, the response of the central leadership indicates an overriding opinion that a sensitive decision of this nature cannot be taken in a hurry and that too due to political compulsions. For a change, the stand taken by the government has found support from the Bhartiya Janata Party. Shri Lal Krishan Advani, during his recent rally in Jammu as part of his nationwide “Jan Chetna Yatra”, dwelt extensively on the issue of revocation of AFSPA, despite the mandate of the Yatra being creation of awareness on corruption. He was strong in his view that revocation of the Act cannot be done without the consent of the Army. “Government of India should say with determination that whatever we will do in Jammu and Kashmir as far as this Act is concerned, we will not do anything without the consent of Army,” Advani said while addressing a rally at Dusshera Ground in Gandhi Nagar, Jammu on November, 16. He based his premise on the fact that the Army has been solely responsible in maintaining the integrity of J&K with the Indian Union.

First and foremost, the Parliament enacted the Armed Forces (Jammu and Kashmir) Special Powers Act 1990 which came into effect on July, 05, 1990. Initially the Government had declared areas falling within 20 km of the line of control in districts of Rajouri and Poonch and Districts of Anantnag, Baramulla, Budgam, Kupwara, Pulwama and Srinagar as disturbed. Subsequently, in August, 2001 AFSPA was extended to Districts of Jammu, Kathua, Udhampur, Poonch, Rajouri and Doda. At that stage insurgency was on the wane and National Conference was in power in the state. The extension was made to facilitate the Army in conducting anti terrorist operations across the State. The result was the downfall of terrorism.

The question is – what change in the environment is motivating the very same National Conference to opt for a revocation of the Act now? Has terrorism gone down? Has infiltration gone down? Has Pakistan changed its posture vis-à-vis Kashmir? Have separatist’s accepted Kashmir as an integral part of India?

The next important issue is the organisation that would be put in place to take on the internal security responsibilities presently being performed by the Army under protection of the AFSPA. Is the State police now capable of taking on these responsibilities? Has the modernization of the Police force been completed? Has recruitment to enhance the strength to desired levels been carried out? Has specialist training to meet the operational environment been imparted to the Police force?

Further, Omar says that AFSPA must go since an environment of peace and stability now prevails in the State. If this be the case then why is the state government not removing restrictive laws like the Disturbed Area Act and the Public Safety Act, that are within its jurisdiction to revoke? Why are all political prisoners not being freed? Why does the Chief Minister and most of the J&K Cabinet move with unprecedented security?

There is a perception being given that the groundswell of opinion is for revocation of the Act. However, the indicators on ground portray a different picture. Are all members of the coalition government in agreement to this proposal? Are other major political parties like the BJP and the Panthers Party in favour of this proposal? Have there been any agitations by the common people against the Army and this Act? Have there been any representations against the Act and the Army from various segments of society?

Finally, we come to the matter of the “draconian’ nature of the act and its misuse by the Army. What parameters are guiding this perception? With the advent of terrorism many nations, including developed countries, have modified their laws and made them more stringent to meet this menace. Sweeping powers, which would not stand scrutiny of Human Rights principles have been given to the Police and Homeland Security since they are considered to be the need of the hour. These powers are more stringent that the provisions of AFSPA.

As regards the aspect of misuse, how can it be legislated that the organisation which replaces the Army will not misuse the powers which will be vested upon it by law? Despite invocation of the AFSPA, the Army has punished 104 of its personnel for HR violations. How many persons of the JK Police have been indicted for HR violations and punished in the same period? Has the Army ever refused to cooperate in any case of alleged HR violations that have come to light? Have not Army personnel been made available for Police for interrogation in cases of alleged crimes?

It is apparent that there are more questions than answers with regard to the sensitive issue of security in J&K. This calls for a patient, mature, step by step approach wherein the leadership of the state, the leadership in the centre and the Army are on board for a common cause which centres around the safety and security of the people. The parameters have been established, now it is up to the stakeholders to walk the talk.