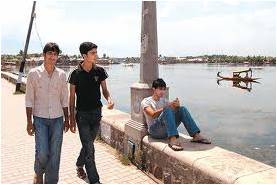 What does the future hold for Jammu and Kashmir? This is an abiding question, central to not only people of the State but also others in the Nation and across the world whose destiny is somehow linked with this beautiful land. What adds significance to this question is the fact that the situation in the trouble torn region is being perceived to be on the mend and Kashmir watchers are now looking at turmoil being replaced by “normalcy”.

The Delhi-based Institute of Research on India and International Studies (IRIIS) has recently conducted a survey to elicit public opinion in the State and analyse the aspirations of the youth between the age group of 15-35 years. More than 1300 youth from six districts of Baramulla, Bandipora, Srinagar, Budgam, Anantnag and Kulgam were interviewed for this purpose. The findings indicated that the target population was more concerned about good governance than separatist politics. They rooted overwhelmingly for an efficient and corruption free regime. Only one percent of the youth opined that a merger with Pakistan could be a final solution to Kashmir’s problems. While speaking in a seminar held by IRIIS after the survey, the Governor of Jammu and Kashmir, NN Vohra, stated that the time had come for shifting full attention to governance issues. “Our concern this time should be to provide a space to youth to engage them productively,” he said.

If one were to see that portion of Jammu and Kashmir which is presently with the Indian Union then these positive elements of normalcy, development and good governance would gain credence as the path of the future; but if the region is taken as a whole by including those areas which are under Pakistani and Chinese occupation then the picture becomes rather dismal. Take for example the aspect of political freedom as it exists in the two regions. The Chief Minister of Jammu and Kashmir, Omar Abdullah, freely expresses his thoughts. He has taken a position on the Armed Forces Special Powers Act (AFSPA) and Disturbed Areas Act (DAA) which is viewed with respect by the government at the centre and the Nation at large while being subject to a free and fair national debate. The same, however, does not apply to the leadership of the occupied territories where even political leaders speaking against the State are hounded and prosecuted, not to speak of the common man. Would the Prime Minister of POK or the Chief Minister of Gilgit–Baltistan take a similar position, they would undoubtedly end up behind bars or be killed. This is the difference between the two regions and peace cannot become an absolute reality till such time that this huge gap between the two areas is not filled.

Despite this freedom and aspiration for peace and development, vested interests in Jammu and Kashmir are not relenting from pursuing negative agendas of separatism and secession. Just a month back on March, 23, the All Parties Hurriyat Conference leader, Mirwaiz Umar Farooq, attended a meeting of an international body, the Organisation of Islamic Countries (OIC) and demanded from them practical steps towards “internationalising the Kashmir issue”. He waxed eloquent about human rights violations in Jammu and Kashmir without giving even lip service to the afflicted occupied territories. He also indulged in the oft repeated blame game of lack of concern of the Indian people and the Indian media with respect to the Kashmir cause. His bête noir, Syed Ali Shah Geelani was, however, not impressed by his performance since he soundly opposes the idea mooted by the Mirwaiz of foregoing international mediation on Kashmir, if India and Pakistan include the Kashmiri leadership in talks. Geelani obviously wants to keep the pot boiling by not agreeing to any middle path. These worthy gentlemen cannot agree between themselves; how do they expect the world to take them seriously?

There is an old Persian saying “I had no shoes and complained, until I met a man who had no feet”. The plight of the people of the occupied territories in Jammu and Kashmir can serve as a good example for those in the State who are constantly cribbing and raising redundant issues for vested interests. One good way forward would be to count ones blessings and work arduously to extend the same to those not fortunate enough to have them. In case the people of the occupied territories are facilitated in their fight for freedom and should the same be forthcoming, then the idea of a region which is reunited under some mutually acceptable political dispensation can start gaining some practical shape. India would be quite willing to forge ahead in an understanding of this nature as has been clarified by the Indian Prime Minister when he spoke of making “borders irrelevant”.

It is really unfortunate that some pressure groups in Kashmir are failing to understand that the masses wish to leave pain and turmoil behind them and move ahead to carve out a respectable and peaceful lives for themselves. They are no longer interested in “internationalizing the Kashmir issue” or any such impractical idea. These pressure groups are also not giving credence to the fact that it is their brethren across who are in need of international support and not those in Jammu and Kashmir. It is now time for the leadership in Kashmir to thrust personal agendas into the background to pave the way for a new chapter in Jammu and Kashmir. The thrust should be towards inclusive and not divisive agendas. The objective should be to present the right picture rather than playing to the tune of foreign inimical forces. If this becomes the agenda of the Kashmiri leadership during the forthcoming summer rather than going in for yet another cycle of disruption, then, it will find both the Indian government and the international community quite receptive.