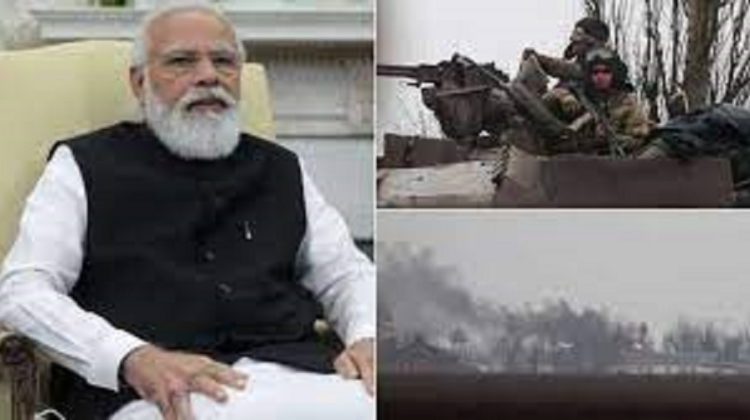 It gives me great pride as Indian to say that India is the only country in the world that liberated Bangladesh with surrender of fully armed one Lakh Pakistani troops in just 14 days. Even superpowers  have failed to do that.    The war in Ukraine has gone beyond 75 days, much against the expectations of the world and certainly, that of Russia. Sooner or later, the war will be over but the world will not be the same again. It’s ramifications will be felt for a long time and it will also set the pace for geopolitics for the rest of 21st Century.

WHO WINS, WHO CARES!! Every nation is busy trying to serve it’s national interests.  The US set up the Ukraine conflict way back, with Eastward expansion of NATO to create an existential security dilemma for Russia. Ukraine has been made the sacrificial lamb to weaken Russia and deplete the threat from Russia to Europe and NATO.  Initially, they lured Ukraine away from Russia with the carrot of NATO and EU memberships. Then they almost coerced Russia to attack Ukraine by instigating Putin to do so and always threatening him with dire consequences. However, when Russia attacked, all NATO and EU members ditched Ukraine. They did not put boots on ground to defend Ukraine and are clapping from own roof tops, while Ukraine is being reduced to rubble. Now they are ruthlessly arming Ukraine to prolong the war and thereby weaken Russia, as much as possible. A scan of major players in this game and their aim to benefit from this war are discussed in the succeeding narrative.

The biggest loser in this war will be Ukraine only. Ukraine could not understand the games of western countries and played along till the gallows. Unfortunately, it‘s still going along the garden path. Whosoever wins, Ukraine will be   severely mauled. Loss of lives, human sufferings, displacement of families, crippling damage to its economy and destruction of infrastructure will take decades to be restored. Political patronage to NATO/ USA or Russia is also written on the wall. Zelensky is being foolhardy by pressing on against Russia at the behest of NATO .When USA and NATO did not come to defend him against Russian aggression, he should have understood their game, agreed to not joining NATO, remained a buffer state   and saved the destruction of his country.

Apart from major influx of weapons, war equipment and logistics aid,   large number of mercenaries are operating in Ukraine.  Britain is a major supplier of mercenaries for the US. Johnson’s Ukraine visit would have been to get first hand assessment of these covert operations. There are serious doubts over the stage management of Bucha killings, using mercenaries and terrorists.  Large numbers of unaccounted for weapons are pouring into Ukraine. After the war, these will find their way to terrorist organizations and Ukraine with weak administration will provide   safe sanctuaries, for terrorists.

Ukraine is likely to witness many more civilian casualties in coming months. Apparently, the conflict is poised for another sinister turn.  If the   war escalates to weapons of mass destruction, Ukraine will find itself at ground ZERO. The situation has the potential to escalate beyond their imagination.

Russia claims itself to be the political heir and successor of the  USSR.   After the collapse of Soviet Union, most of its  former Soviet  nation states slowly inched  closer to the West.    Russia   would always prefer a neutral Eastern Europe neighbour as a buffer state but geopolitics provides strange combos.  After Crimea War in  2014,  unable to defend itself, Ukraine started romancing with NATO, which irked Russia and hence Putin  invaded Ukraine. Russia has acted in it’s national interest before the enemy knocks at it’s door.

Russia had predicted to wrap up Ukraine war by swift blitzkrieg operations resulting in defeat of Ukraine forces and surrender of Zelensky Govt.  Unfortunately,  that did not happen and  the war is now dragged to more than two months without tangible gains.  Russia is now looking for a face saving exit before the sanctions start hitting them seriously. Russia has stated that they will not hesitate to use nuclear weapons if their existence is threatened. If USA and Europe corner Putin, he may well use   weapons of mass destruction.   This may lead to a riposte  from the West and likely to snowball into a larger nuclear confrontation. The prolonged war is not in  Russia’s interest but it’s stuck in it’s own quagmire. 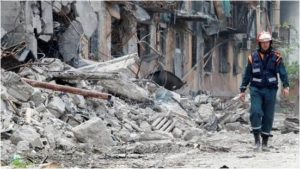 The Eastward expansion of NATO, after the collapse of USSR, is primarily responsible for Russia’s invasion of Ukraine.  They have managed to weaken their primary foe (Russia), since cold war days, without firing a bullet from it’s soil. Ukraine is just part of collateral damage for them, which they really don’t care. Cornering of Russia jointly by NATO countries may lead to  escalation of war to nuclear exchange.  This could turn Europe into a wasteland.

Economic Sanctions are double edged weapons. After the initial fall, ruble is rising again.   More European gas buyers  are now paying for Russian energy in rubles. Russia and friendly countries are finding alternative to SWIFT banking system. Russia is using oil, gas and gold as weapons against sanctions. In times to come, supremacy of dollar as international trading currency may weaken. Europe also has been hit with record inflation. People in UK are using wood to tide over the energy crisis. Smaller EU members  will be badly hit by inflation and rising energy costs.

Who wins, who cares, but the counties that go to war are destroyed forever. It’s interesting to note that America has never fought a war on it’s own soil.  USA wants to retain it’s supremacy in the unipolar world at all costs. Destruction of Ukraine is a small price for it like many other countries it has ruined in it’s quest for ‘The Superpower tag’. Iraq and Afghanistan are just two recent examples.

The US aim has since changed from regime change in Moscow to weaken the Russian war machine.   The US is adding fuel to the fire, to keep prolonging the war in Ukraine. Depending on the situation, Russia with its back to the wall may resort to nuclear weapons.  However, it’s naïve to think, on part of America, that heat of full scale nuclear war will not reach Washington. Put to wall, Putin may react in a manner that it results in a  nuclear holocaust where the whole civilization may be wiped out from the earth, leaving it uninhabitable for centuries to come.

China is very keenly watching the war at the western theatre. Against all expectations, it has not openly sided with Russia and maintained a neutral instance with a stoic silence. When Russia is back to wall and will request China for financial and military help, PRC will extract it’s pound of flesh, for the help at that time. It’s also keenly watching US and NATO reaction to Russian invasion, before it makes up it’s mind on annexation of Taiwan.

Prolonged war is in favour of China, so that USA and Europe remains busy with war at next door and does not focus on South China Sea developments. Either way, China is very clever and it will act in the best interest of it’s national aim. China is waiting for the world to tire themselves in Ukraine, thereby helping China to catapult itself to centre stage of world politics.

India has taken a path of principled neutrality. Both Russia and NATO are persuading India to take a side and make it’s stand clear. So far, India has been able to tread this thin line with great finesse. It has taken advantage of oil  at discounted rates from Russia. At the same time, it has managed to convince Washington about it’s national interests and avoid  the sanctions or CATSAA against it. POTUS has taken a mature stand and stated that US understands India’s specific needs and neutral stand due to its own compulsions. The European nations trying to preach sovereignty to India have been given a shut up call by Indian  External Affairs Minister, Sri S Jai Shankar.

It’s because of successful diplomacy by India that foreign dignitaries from all over the world are making a bee line to India. It’s an appreciation of PM Narendra Modi’s excellent relations with world leaders from both sides that everyone wants him to play an active role in mediation and help to end the war, as soon as possible.

The Russian invasion in Ukraine isn’t just Russian and Ukrainian affair. Moreover, the rest of the world is also equally affected because of Russian invasion and Western sanctions on Russia. Whole  world  will be adversely affected in  trade, tourism, economic growth, connectivity, energy security, food security, forex generation and military modernization. It has the potential to fundamentally reshape the global landscape and a new world order will emerge post Ukraine war.

Every country has so far played the game to it’s national interest. Prime Minister Shree Narendra Modi is master of converting threats into opportunities. He did that by efficiently handling  COVID crisis and providing free vaccination to largest population in the world.  He has proved his statesmanship again with Ukraine war. He has kept India’s national interests supreme, evacuated Indians from Ukraine with perfection, got fuel at   reduced rates and also enhanced the image of the country, during this crisis. He has won accolades even from Prime Minister of Pakistan.  India is all set to play a pivotal role in the world geopolitics, post Ukraine war.