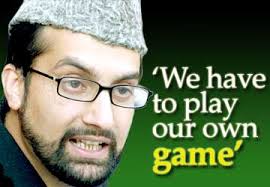 The All Party Hurriyat Conference (Hurriyat) is a Pakistan-sponsored separatist conglomerate, created on March 10, 1993 and based in the Kashmir Valley. It was conceived as a political front to raise the so-called cause of Kashmiri independence. It projects itself as the sole representative of the Kashmiri people.

A loosely knit alliance of 26 secessionist political, social and religious organisations, its actual role is to further Pakistan’s illegitimate claim over the Indian State of Jammu and Kashmir.

Today after 23 years of existence, in would be appropriate for the Hurriyat leadership to introspect their achievement. Two very relevant questions arise in this regard – If it is a political front, then why does it shy away from contesting elections? If it looks at itself as the true representative of the people of Kashmir then why do they respond to other mainstream political parties?

The reality is that Hurriyat has failed in its objectives because of the inherent fault lines that mark its creation. The diminished status of the conglomerate has been explained very lucidly in a piece in Greater Kashmir, a Kashmir based English daily newspaper. It says – “the Hurriyat soon turned into a bandwagon where almost everyone tried to look for a place, mostly not out of choice but out of compulsion.”

The behaviour of the Hurriyat leaders is full of contradictions. They have never been averse to claiming privileges while shying away from the attendant responsibilities. When it suits them, the leaders garner favour from the central as well as state government for their family members and also extended alliances. Such favours include first rate education for their younger generations from premier Indian institutions, lucrative government jobs, medical facilities, Indian passport for foreign travel, security  etc.

As a result, their families are well settled in foreign countries or in the major cities within India while they, in a most immoral manner, spend their time misguiding the Kashmiri youth towards fighting for a future that they have isolated their own family from.

Pakistan has placed unlimited financial resources in the hands of the Hurriyat leadership to create as much mayhem and disruption in the Kashmir Valley as is possible.

The Hurriyat game plan, at the behest of Pakistan, is to project Kashmir at the as a Muslim issue wherein, an alien force has forcibly occupied a territory. In pursuance of its foreign sponsored mandate it has, with Pakistans’ assistance, managed to garner for itself an observer status in Organisation of Islamic Conference (OIC).

The international signature ensures a regular flow of funds to Pakistan and onwards to Kashmir from a number of oil-rich Muslim nations. In return the Hurriyat acts as a political shield for terrorist inflicted violence that is causing havoc in the state.

The modus operandi of the Hurriyat hinges on politics of disruption, distortion and divisiveness. It has created road blocks for all attempts to free the troubled region from the shadow of the gun and usher peace, prosperity and development which the people yearn for. It has set up a trail of allegations against both the government and the security forces through a well orchestrated propaganda campaign.

Every effort made by the central and the state government to reach out in Kashmir is invariably met with stiff resistance from the Hurriyat.  On innumerable occasions, offer for talks by the government have been rejected by the Hurriyat on trivial grounds and rigid stands that leave no leverage for progress. Every developmental initiative is belittled by the leadership.

The Hurriyat leaders most blatantly exploit the weak economic conditions of the people to their advantage. The moment economic activity picks up in the valley some trouble is engineered to curtail the same. A good tourist season is cut short by some abhorrent terrorist activity. A good fruit season gets derailed by raising irrelevant issues.

The Kashmiri people have been programmed by the Hurriyat to look at India with suspicion. The aim is to keep the region backward and insecure so that the people can be controlled like puppets.

Mainstream political parties go to the people with their manifestos to get a mandate for their policies, while the separatists, like feudal lords, maintain a haughty aloofness. The conglomerate has, in any case, negligible political presence in the Jammu and the Ladakh region, and no say in the territories of the state illegally occupied by Pakistan. It is limited to a small portion of the Kashmir Valley. On ground the elected government of the state is mandated to look after welfare of its citizens.

Despite its evil designs and malevolent intentions, the Hurriyat has not found the kind of political success that it was looking for, even in the Kashmir Valley, let alone the entire state of Jammu and Kashmir. In fact, it has systematically dug its own grave due to its internal contradictions and ideological weaknesses.

The massive ego of its leadership is, by far, the biggest cause behind the decimation of the conglomerate. In the last twenty three years it has split thrice. The first split came when Yasin Malik of the Jammu and Kashmir Liberation Front decided to follow an independent course. The second breach was engineered in 2002 by the highly volatile and egoistic Syed Geelani who went on to establish the Tehreek-e-Hurriyat also called the Hurriyat (Geelani). The last split was orchestrated by the “rebel” group led by Shabir Ahmad Shah.  As a result, the Hurriyat now is a motley set of leaders moving in different anarchic directions and with no standing whatsoever.

The people are quite fed up by the obscurantist political line followed by the Hurriyat, with its endless calls for Hartals (strikes), Bandhs (lockouts) and stone pelting, which lead to great economic and human loss. They have, by now, seen through the corrupt, self serving and warped practices of the organisation. It would not be an exaggeration to say that the conglomerate, in its 23 years of existence, stands totally exposed and irrelevant.

(Jaibans Singh is a reputed security analyst and editor www.defenceinfo.com)