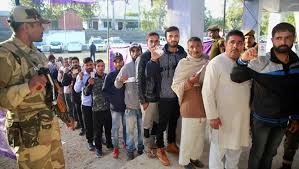 In the year 2018, the state of Jammu and Kashmir witnessed a modicum of peace which translated into unhindered social/economic activity. The going was, however, not totally smooth! Many issues came up, some due to circumstances and others most cleverly orchestrated by inimical vested interests.

The year started with an IED blast in Sopore (the first in the valley since 2015) that left four police officers martyred and two injured. Pakistan reactivated its terror machinery in a big way leading to concerted ceasefire violations along the Line of Control (LOC) and the International Border (IB). Terrorist activity in the hinterland also spiked. It became quite apparent that Pakistan sponsored terrorism would need to be tackled head-on.

The Indian response was two pronged with enhanced vigil along the IB and LOC and crackdown on terrorists operating in the hinterland. During counter-terrorist operations, the Pakistan sponsored baiters attempted to disrupt the proceedings by orchestrating stone-pelting and riot like situations. The security forces remained undeterred and functioned in seamless coordination.  The result has been elimination of more than more than 350 terrorists during the year.

Big results came early in the year, in April, when the security forces successfully eliminated 13 terrorists in multiple encounters in the Shopian District of Kashmir. Frustrated terrorists then resorted to cowardly acts of abducting and killing of security personnel with the objective of spreading panic and fear. Constable Kultar Singh and Constable Farooq Ahmed Yatoo, two honest policemen were brutally killed by terrorists while on duty on 25 February. In September, once again, terrorists resorted to kidnapping of families of Police personnel. Later, the families were released! But what became apparent was the terrorist intent to go to any lengths in keeping their movement and their fear among the people alive.

An attempt was made to project the influx of educated local youth into the fold of terrorism.  A case in point is the built around the killing of Manan Bashir Wani in October. He was a PhD student, but he chose to pursue the path of terrorism and was eliminated by the security forces. Thereafter, sponsored upheaval, disorder and disruption was engineered. Kashmir media, suitably egged on by the separatists projected him as a “Scholar Militant.” There were many other such instances through the year. The world, however, was not taken in by this psychological campaign and no international pressure to curb the counter-terrorist operations was directed towards India.

Another trend that elicited a lot of media attention was targeting of security personnel by snipers. This was given an information boost to instil fear among security personnel! The soldiers remained undeterred and the failed campaign died a natural death.

The immense pressure in Kashmir led to an attempt by the terrorist organisations to revive terrorism in areas south of the Pir Panjal. An attempt was made in April to infiltrate terrorists into the Sunderbani area of Rajouri District. It was singularly unsuccessful! A bigger security situation was created by the dastardly murder on November, 01, of the BJP leader, Anil Parihar and his brother Ajit, in Kishtwar. There were angry protests immediately after the incident but timely action by the government agencies helped to diffuse the situation. It is to the credit of the locals that the funeral, that was attended by more the ten thousand people, went of peacefully and without incident even though a few anti-Pakistan slogans were raised.

Politically, the year saw a lot of activity! Not all of it was conducive for the environment of stability that the state yearns for. The centre, at the behest of Chief Minister Mehbooba Mufti, agreed to “suspension of operations” in Kashmir during the holy month of Ramadan. The decision was welcomed by the National Conference too!

It was a big security risk taken by the NDA government! The gruesome murder of a noted journalist of Kashmir, Sujaat Bhukhari, a day before Eid broke down the initiative! His elimination was ordered by the ISI. His killer identified as a Pakistani terrorist, Naveed Jatt, was eliminated in November.

It was during this period that Home Minister Rajnath Singh reiterated the centre’s offer for talks; he, in fact, expanded the scope by expressing readiness to talk to those who may not be necessarily be “like minded.” Unfortunately, there were no takers among the separatists to his offer and status quo prevailed.

The centre was, very rightly, hesitant to extend the ceasefire but Mehbooba Mufti insisted for the same. As the chasm between the coalition partners increased the inevitable breakup took place in June leading to imposition of Governors rule. This came as a big relief to the people who were deeply worried by the coalition contradictions.

The first responsibility that fell upon Governor NN Vohra was smooth conduct of the Shri Amarnath Yatra (pilgrimage). Creditably, the Yatra went off smoothly without any incident of violence. Shri NN Vohra opted out, having finished two terms. He was replaced by Shri Satya Pal Malik, a person with vast experience in the field of politics.

The first Key Result Area for Governor Malik was the successful conduct of the Urban Local Bodies and Panchayat elections that were already delayed by more than a year. The scheduled elections also led to intense political posturing! The National Conference (NC) and the Peoples Democratic Party (PDP) refused to participate. Separatists and terrorists threatened prospective candidates with violent reprisals. Terrorist initiated incidents and infiltration along LOC and IB witnessed a marked spike.

All of this is, however, did not accrue the desired results for the separatists and the terrorists! In mid-September, the Chief Electoral Officer (CEO) declared a nine phase conduct of the polls from November, 17 to December, 11. The elections culminated without violence by end December and all elected members took on their responsibilities. This came across a big positive in the political spectrum during in the year.

To summarise, it is evident that the so-called armed struggle in Kashmir which is, in fact, foreign sponsored violence has completely failed. Pakistan is exposed as a perpetrator of terror and is, now, on the back foot.  The localised nature of terrorism, the tactical dominance of the security forces, the difficulty that Pakistan is facing in sending in reinforcements, the problem of logistics that the terrorists are facing, cumulatively point towards a situation where terrorism remains controlled. It is time now for the political dimension to gain centre stage. Kashmir is ripe for a political initiative with youth as the centre of gravity. Focus in the right direction will pay handsome dividends.