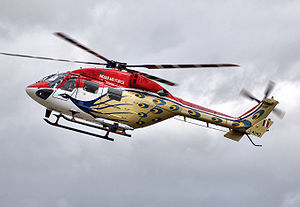 An indigenously produced Advanced Light Helicopter called ‘Dhruv’ of the Indian army crashed at the Siachen glacier on May, 13, 2013. It was on an air maintenance flight. The pilots, a Lieutenant Colonel and a Major from the Army Aviation Corps were said to be safe.

All of the above is now two days old. The reason for writing this piece is to analyse the manner in which the news has been covered. While surfing the internet one comes across a single press release of the press trust of India that has been carried by most of the internet versions of news channels, newspapers and magazines. The press release has given out rudimentary information of the type that the Army is famous for releasing when it wants to clamp down on a piece of bad news. The only magazine that carried a somewhat elaborate piece was the Business Standard; the reason probably would be that its strategic affairs editor, Ajay Shukla, is an army veteran and he understands such matters better than the reporters on the defence beat.

One can accept the press release on the premise that it was preliminary information, but what after that? No details about the reason for the crash, no details about the condition of the pilots, no views about the capability of the indigenously produced Dhruv to operate in conditions prevailing in Siachen. After all it was said that Dhruv has only just started such logistic flights in those heights. The nation, therefore, would like to know whether it is capable of the same or has its producer, Hindustan Aeronautics Limited, made a hash out of things as usual.

What could be the reason behind this complete lack of information? Is it a fall out of the latest policy of the army to keep everything under wraps and maintain a stony silence? If that be the case then why is the otherwise proactive media not pressurising the army fordetails. Would it be out of place to suggest that issues concerning national security do not interest our media at all? or is it that the army and the media have connived to keep the embarrassing matter under wraps.

There are more questions than answers in all this. One can only hope that once the court of inquiry comes out with its findings the same will be shared by the army with the nation through the media. The nation has a right to know exactly where the national capability to produce defence equipment indigenously stands; more so since the defence minister has recently declared indigenisation as the benchmark of the national defence equipment procurement policy. If ultimately we are going to produce aircraft that cannot fly, tanks that cannot move and artillery guns that cannot fire then God help us.