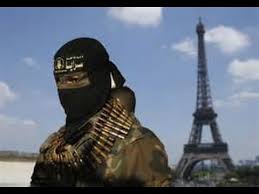 A series of recent terror attacks, the latest being the coordinated Mumbai-style attacks in Paris, should serve as a warning to the global community that terrorists can’t be friends of anybody. India, which has been a victim of terrorism for decades, has been pleading for a global action, but its pleas have fallen on deaf ears. As long as the West was not hit, it did not feel the agonizing pain of terrorism. The 9/11 attacks on the United States shook Washington and its allies. But again, the world was found faltering in its response.

There are several countries whose obsession with terrorism refuses to die. They continue to flirt with terrorists to bleed their rivals. But they themselves do not realize that the monster of terrorism will also haunt them. In spite of taking severe hits from terrorists, threatening their own existence, the countries’ love affair with terrorism continues.

Who is to blame if terrorist organizations like the Taliban, al-Qaeda and Islamic State, to name a few, have flourished? Did the West not lend its support to the Wahhabis in the 1980s to drive away Russian forces from Afghanistan? Sadly, the US has not fully severed its ties with practitioners of the right-wing, ultra-conservative Wahhabism.

Had the US and its allies not supported the Mujahedeen, who fought a bitter battle with the Soviet forces as well as the left-tilted government in Kabul, the situation would not have come to such a sorry pass today? Afghan Arabs and foreign fighters, who waged jihad against the atheist communists in Afghanistan, were encouraged and financed by the West and its allies. According to archives of the US Department of State, “Notable among them was a young Saudi named Osama bin Laden, whose Arab group eventually evolved into al-Qaeda.”

The US courted Pakistan’s military dictator, General Zia-ul-Haq. Billions of dollars were spent on recruiting and training Mujahedeen fighters and foreign mercenaries from other Islamic countries to create a formidable force which eventually succeeded in forcing Soviet forces to leave Afghanistan. The Soviets might have left wounded and defeated, but did the US gain anything? Now it has been at war with the same terrorist groups which it propped up. The Russian war has become the US war now. Already the US has lost 2,300 of its men. And it has cost the US approximately 110 billion dollars since its forces first landed in Afghanistan in October 2001. And nobody knows where the situation is headed to?  Desperate to pull out of Afghanistan, it is exploring the option of peace talks with Taliban and other terrorist groups with the democratically-elected government of Afghanistan. Is it not an admission of defeat?

In a blatant display of double standards, the US turned a blind eye to militants who were launching attacks on India from the soil of Pakistan. Pakistan, being its close ally in fighting its war in Afghanistan, on the other hand, was being showered with billions of dollars and military assistance.

It took multiple and well-coordinated attacks on the US to shake it from deep slumber to take note of Muslim militants enjoying Pakistan hospitality. But again, the US has been found dilly-dallying in its approach. It continues to praise Pakistan for its fight against terrorism while publicly nudging it to do more.

Afghanistan and the world will be much secure if militant sanctuaries in Pakistan are destroyed. The successive governments in Afghanistan have openly accused Pakistan of destabilising the country. Is the US not aware of it? But, what has been its response?

India has, for long, accused Pakistan of fomenting trouble, first in Punjab and then in Kashmir. Thousands of innocent people have died in myriad of attacks in India. The perpetrators of Mumbai attacks openly roam about and address rallies in Pakistan. But the world continues to pay lip service.

General Zia’s strategy to bleed India through a thousand cuts through proxy war will remain a pipe dream. But the very militants, whom Pakistan patronized, have made life hell for its own people. Pakistan refuses to learn lessons despite the ghastly Peshawar attack last year, in which 132 people, mostly children, were killed.

The rise of Islamic State, which has been behind all the recent attacks across the world, is a matter of serious concern. This year alone, it has carried out attacks in Iraq, Libya, Yemen, Tunisia, Libya, Afghanistan, Saudi Arabia, Syria, Egypt, Turkey, Bangladesh, Lebanon and now France.  ISIS is now seeking to extend its reach globally. In this week alone, an ISIS affiliate has claimed responsibility for the recent downing of a Russian plane over Egypt and a bombing in Lebanon in which at least 40 people were killed.

If the global community does not join hands against terrorism then it will be difficult to rein in ISIS as it has infiltrated into so many countries. There can’t be good militants or bad militants. Militants are militants whose only religion is destruction. I am reminded of words of Sir Peter Ustinov. “Terrorism is the war of the poor, war is the terrorism of the rich.” In both the situations, the outcome is same.

(Vikas is a senior journalist with ANI)