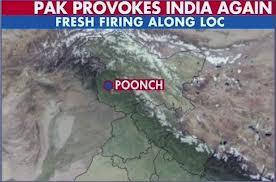 The matter of revocation of Armed Forces Special Powers Act (AFSPA) from the state of Jammu and Kashmir (J&K) has, surprisingly, come up in the budget session of parliament. The question raised was, “Whether the government proposes to review the AFSPA, if so, the details thereof and if not, the reasons.” The government, in a written reply by Minister of State for Home, Kirren Rijju, was refreshingly direct and candid in making it amply clear that it did not consider the time to be appropriate for withdrawal of the Act J&K. The government was also forthright in its admission that this decision was based on the recommendation of various stakeholders – particularly the security forces that have expressed apprehension about maintenance of security should even partial revocation comes by.

That the question was raised at this juncture suggests politicisation of the issue by interested parties. The idea was to get a statement from the government that could be used as an election plank. Chief Minister Omar Abdullah, who is already in election mode, was quick to express his “dismay.” He said that he does not know what parameters the Centre wants for the appropriate time. “If they let us know the parameters to determine the appropriate time, then we will try to achieve those parameters,” he said.

The parameters are not difficult to unbderstand. One, there should not be a single terrorist, foreign or local, operating in the state. Two, there should be no ceasefire violation. Three, there should be no infiltration bid from across the border. Four, the terror structure operating against India in Pakistan should be totally dismantled and terror mongers like Hafiz Saeed, Maulana Azhar, Syed Sallahudin should be put behind bars where they belong. Five, the separatist should give up on their politics of divisiveness and disruption and agree to pursue gainful political activity under the Constitution of India. Finally, the wounds inflicted on the psyche of the population due to decades of terrorism and violence should be filled and normal peaceful, democratic activity should become a norm across the state.

Surely the Chief Minister knows these parameters well enough; It is now up to him to honestly state whether these parameters are in place or not and if not why not after six years rule of his coalition government in the state.

“For some people the appropriate time to revoke AFSPA will never come. They are so fond of such laws that even if there is total peace here and no incidents of violence are reported, then also they will come up with some reasons so as to continue such laws, “said Omar Abdullah in yet another statement. While talking of “total peace” how would the Chief Minister explain the incessant firing and shelling by Pakistani Rangers along the international border in RS Pura, Jammu? Would it be proper to consider, even remotely, that Jammu is now free of militancy and a good case for partial revocation of the Act? What of the ongoing ceasefire violations and infiltration bids on both sides of the Pir Panjal? What of the intelligence reports of a possible terror strike on the Shri Amarnathji Yatra where security forces are working day and night to ensure a smooth and secure conduct?

What strikes out is the fact that the Chief Minister has not referred to his pet peeve of AFSPA for quite some time now. This could be because he and his party were busy campaigning for the Parliamentary election on the plank of development. Having lost out miserably they are now looking for some other issue on which to base their forthcoming Assembly election campaign and AFSPA has always be a ready tool to fill in the gap.

The security situation of J&K has not changed in the month plus period that the NDA government has formed the central government; the conditions prevailing in the extended region do not offer any leverage to consider an impassioned demand for revocation of AFSPA. Despite a cordial meeting between Prime Minister Narendra Modi and Prime Minister Nawaz Sharif and the resolve to give peace a chance, ceasefire violations along the line of control and also the international border are unabated as are infiltration attempts. This is the state of affairs when the Pakistan Army is involved in a civil war like conflict against the Pakistan Taliban and cannot concentrate India? What would happen if the terror mongers, the ISI and the Pakistan army have only Kashmir to contend with and have an unlimited pool of militants in spare to be driven out of Pakistan and into the region?

The separatists in Kashmir have not relented even the slightest bit on their agenda of divisiveness and disruption. Bandhs and Hartals are organised at the drop of a hat; killed terrorists are eulogised while martyred security force personal do not get even a decent obituary. Can the Chief Minister confirm openly that his police force is ready to tackle the disruptions caused by the anarchic vested interests that amply dot the political landscape of the state, especially the valley? Can the police force of the state look after even the urban centres without the assistance of the paramilitary forces not to talk of the far flung rural areas under the army where the police is not even present?

It is time to get real; instead of using AFSPA and other such enabling legislations as political tool the leadership would serve the people better by leveraging the presence of the security forces to obviate the roadblocks to the ushering of peace and normality process. If the people of Kashmir, through a united leadership, send a stern message to Pakistan that they will not tolerate any interference in their lives, the task of the security forces in countering misadventures from across the border will become that much simple. Under such circumstances AFSPA will not even have to be revoked; it will die a natural death.