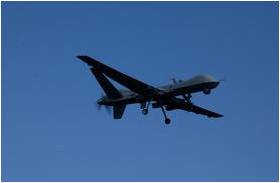 On 9th December, The express tribune, a leading Pakistani English daily, published a story suggesting that Pakistan is enhancing its air defence capability on its western border. The Pakistani western border has always been very lightly guarded. It used to have next to negligible air defense or air interdiction capability. Most air fields in the western border region are designed to provide the much needed depth to Pakistan air force in the event of hostilities along the eastern frontier. So what does this move imply? Air Defence is the first line of defence for any nation in today’s time. When seen against this backdrop, the decision to move air artillery to this frontier can be construed as an indication of an inevitable conflict. In case Pakistan is getting ready for conflict on the western border then the enemy can be none other than the US-NATO coalition forces.

Those who keep a track of the ongoing politico-strategic crisis in Pakistan are well aware that the Pakistan army has declared its intention to retaliate if attacked by NATO forces. This decision has been made amply clear after the disastrous attack on the Pakistani border post in Mahmud agency, which resulted in the death of 24 soldiers. It is well known that the incident caused national outrage against the international coalition force in Afghanistan. The Pakistani nation demanded immediate severing of ties and end of passage to NATO supply. The national emotion went against the US and NATO. Many of the hardliners started demanding declaration of war with the US.

The relationship between the US and Pakistan came under stress post Osama’s killing. The relationship was slowly improving and the delicate balance between rhetoric opposition to US drone attacks and continuous support to US and its allies was being reached. The ‘memogate’ scandal and the attack on Pakistani troops turned the tables upside down. Now Pakistan has asked US forces to vacate the Shamsi air base, from which US operates its drones. Media reports suggest that US has acquiesced to vacate the same. Of course the US cannot be expected to vacate overnight, yet, the possibility of the process beginning much earlier than thought of is very much there. It is also notable that the Shamsi base had become a single point agenda by Islamists to oppose US and vacating it is in US favour, politically. But what is astonishing that no one is talking about the future destination of the drone operation. Keeping in mind the range of the drones and the secrecy required for their operations, one would not be surprised if the US moves to another small airfield within Pakistan itself.

In the backdrop of the aforementioned complications there is simply one question making the rounds – is it possible for Pakistan to end this relationship or even change the existing setup with the US in Afghanistan? In past we all have seen the US-Pak relation going sour many a times, but they invariably kiss and make up. When Raymond Davis murdered two Pakistani’s the situation was very similar to what we are seeing at present, yet the ISI – Army leadership did not allow the relationship to suffer. A mass movement created by Islamists and the opposition is also said to have been guided by the ISI. The moment ISI negotiated a deal with the US for release of Davis the public movement came to an abrupt end. No one opposed the deal.

Something similar also happened post the killing of Osama Bin Laden in Pakistan. The Gairat Brigade came up demanding the US to respect the sovereign rights of Pakistan. Yet the hysteria died down soon and status quo was maintained so far as Pakistan –US cooperation is concerned.

Now the buzz is that despite the current crisis and mistrust and in spite of rumours of a possible coup in Pakistan, the Zardari government will continue. This is because all stakeholders are well aware that any decision to cut ties with US will have serious economic repercussions. The economy which is in a crippled state will collapse completely and this is not a situation which anyone wants. Even the opposition who are baying for Zardari’s blood after memogate would not like to rule Pakistan under such difficult circumstances. The Army cannot afford a hostile US on the other side of the Durand line with the Islamist like Haqqani operating against US-NATO forces from Pakistan. If the situation does reverse for the worst, the chances of the war entering FATA will become very potent. Pakistan army or any other Army for that matter, cannot even think of fighting with the very nation which is providing to it military hardware.

Therefore, it stands to reason that a status quo will probably remain in place so far as the US-Pakistan relationship is concerned. At the face of it the US-Pakistan relationship is going down but the pragmatic decision would probably be to continue with the current arrangement. Pakistan can’t afford to ignore US. Theirs has, by now, become a symbiotic relationship. Both sides claim to be victims of each other’s fractured policies but none is ready to up the ante.

Where does all of this leave India? The options for India are limited to making an attempt to extend its relationship with the western neighbourhood and the US. It has to exploit the distrust between Pakistan and the US which has, once again, gained centre stage post the Bonn Conference. India would do well to drive home its own security concerns. Such an approach will leave India well placed when the US finally decides to quit Afghanistan as it has is about to do in Iraq. In the meantime, the US-Pakistan ‘you scratch my back, I scratch yours ‘, policy has to be absorbed with a pinch of salt.