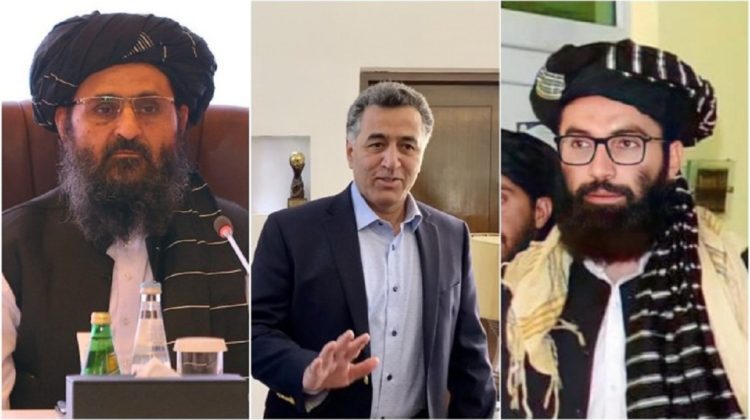 Pakistan is in a state of instability and flux yet again. On the one hand Prime Minister Imran Khan is under pressure from a resurgent opposition that is nipping on his toes in the Senate and other platforms and, on the other hand, the politically all powerful Pakistan Army is preparing for a change of guard.

The incumbent  Pakistan Army Chief, General Qamar Bajwa, is posturing to procure for himself yet another extension; in such a scenario he will have to remove the present very powerful corps commanders, including Lt. General Faiz Hameed.

Lt. General Faiz Hameed has recently been removed from the post of Director General of the notorious Inter Services Intelligence (ISI)  and appointed corps commander of the Peshawar Corps. Though fourth in seniority, he will be a strong contender to the Chiefs chair if Bajwa retires or is removed.

Though nothing can be said with certainty about the inner machinations of the Pakistani deep state, rumour is that General Bajwa has serious differences with Lt. General Faiz Hameed due to the proximity of the latter to Prime Minister Imran Khan and because of certain actions that he took in Afghanistan.

Hameed went to Afghanistan without  prior sanction from General Bajwa, an intolerable breach of discipline that would invite serious action in any professional army. That he has not been ousted is a surprise and probably the result of his political clout. Hameed is also under a cloud for the alleged abduction of activists and journalists in Pakistan by the ISI under his watch. The public of Pakistan no longer tolerates such extra-judicial interventions from the Army and many are speaking against such activities.

It is also seen, in hindsight, that his support to the Taliban and its newly installed leadership (that he helped hoist) was an immature gaffe that left the Government of Pakistan embarrassed and the Pakistan army red faced, more so, since no country came forward to recognise the regime. This could be a big reason for his removal from the ISI.

As far as Imran Khan is concerned, the shocking defeat that his party suffered in the Senate polls in March, 2021, compelled him to seek a vote of confidence in Parliament. He is now doing what he does best – clutching at the apron strings of the Army hierarchy, with the intention of gaining support for his re-election in 2023. His chances are very bleak since many in the deep state consider him to be a liability that should not have been elevated to the high position in the first case. Now, which devil in the Army will he sell his soul to remains to be seen, and here, the importance of Lt. General Faiz Hammed starts becoming apparent . 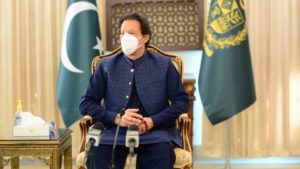 Imran Khan – on a shaky wicket

General Hameed. thus, cannot be thrown aside as a spent cartridge. While commanding the Peshawar Corps responsible for the western border of the country with Afghanistan he will have his hand on the pulse of the region. He will control the Khyber Pass on the Afghanistan-Pakistan border and also keep an eye on the Wakhan corridor which juts into Xinjiang. No more needs to be said about the extent of his power in the region. He will be in a dominant position in every decision taken, should there be any future interventions involving the UN or the international community especially the US and China in Afghanistan.

If General Hameed gains power he will become an impediment in the aspirations of General Bajwa. This will cause a big power play in Pakistan and cause further instability in the country.

When the leadership of Pakistan should be joining hands to deal with the serious problems that the country is facing, each leader is looking at his own ambitions and aspirations. There is no unity of purpose and concerted effort. As a result, extremist and insurgent organisations are gaining traction in a manner that can break the nation. This apart, the economic situation is going from bad to worse. The Financial Action Task Force (FATF) is poised to downgrade the country to the “Black List” which will only add to its financial woes. Can Pakistan afford such a conflict in its leadership?

The common man in Pakistan is caught between the proverbial devil and the deep sea! What looms before the people is unending misery in a situation that can only degrade in the future since the quality and regressive ideology of the leadership remains the same. There is a critical need for change but no alternative is in sight. There are  journalists and intellectuals like Khalid Umar, Ayesha Siddiqa etc who raise a voice but it gets suppressed in the maze of personal intrigue.

India has always maintained that instability in Pakistan is detrimental to her security. The situation at the moment is very alarming indeed. That things will take a turn for the worse is quite apparent from the manner in which attempts are being made to build on the hybrid conflict in Kashmir.  A big psychological campaign has been initiated as was seen by the hype created post the victory of the Pakistan cricket team against India in the T-20 World cup. It seems that the Pakistani psychological machinery was ready to exploit the occasion should the result be in its favour and it did so with professional finesse. The message sent out was loud and clear, “Muslims of India and especially of Kashmir hold sentiments for Pakistan.” Pakistan is, once again, playing the “Islamic bonding ” card against India.

India will need to keep a keen eye on the machinations of unstable Pakistan. Pre-emptive action will be required to ensure that these machinations do not have an adverse effect on the security situation within the country and especially in Kashmir. Simultaneously, the international leadership should be sensitised about the tenuous situation in Pakistan and the danger that it poses to the immediate neighbourhood and the world at large.