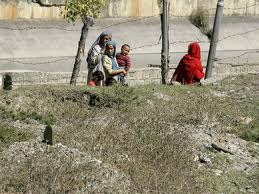 A report by the Jammu and Kashmir State Human Rights Commission (SHRC) has laid focus on the issue of unmarked graves in Jammu and Kashmir (J&K). The commission has sought action to identify those who have been buried in these unmarked graves by matching DNA profiles of relatives of missing persons with samples extracted from the bodies in the graves. The issue has garnered a fair amount of media attention. Sadly, most statements appear to be conjectures and hearsay without a detailed study of the SHRC report. Predictably, the fractured politics of the State have gone on overdrive and attempts to give a malicious twist to the whole matter has been the flavour of the media over the last few weeks. Attempts to garner international support are also being made. The direct fall out has been raising of fingers on India’s sincerity towards the issue of human rights.

Most serious issues in Kashmir stay serious only so long as the next larger issue which is ripe for political exploitation does not come up. The central idea in Kashmiri politics is to disrupt; not to reform. Now with the fresh case of the alleged death in police custody of a National Conference worker having given enough ammunition to take forward this policy of political disruption the matter of unmarked graves will, most likely, be relegated to the background. Be that as it may, it is necessary to afford to this serious and emotional matter the utmost attention and a fair degree of clarification, more so, for the fair name of the Nation. There is a need for a dispassionate look to separate myths from realities and view the subject in its right perspective.

Due to reasons which have probably been engineered, the word “unmarked graves” has been made synonymous with “mass graves”. This is a travesty which needs to be immediately and unequivocally countered with the truth. Mass graves are what had been found in Germany post World War II and in Combodia after the toppling of the Pol Pot regime. They denote hundreds of bodies being dumped in large pits and covered with earth. The SHRC findings relate to a number of individual unmarked graves each containing one body. Only thirty eight graves, reportedly, have two bodies buried in each grave, the rest are of individuals only. Chief Minister Omar Abdullah has clarified this point in the State Legislative Assembly; on September, 27, 2011, he clearly stated that there are no mass graves in Kashmir. Yet, the incorrect definition of the matter is persisting. This is because the wrong connotation suits the purpose of some disruptive elements.

The unmarked graves identified by the investigating team of SHRC are located in grave yards of different villages in districts of North Kashmir where other civilian inhabitants of those villages also lie buried. Any person conversant with life in rural Kashmir will be aware that unmarked graves are a common feature in most rural areas because of the cost of constructing masonry graves with tomb stones. This fact was also aptly highlighted by the Chief Minister in a statement to the press on the subject of unmarked graves. If there had been an intention of concealing unlawful killing of innocent civilians by security forces, the bodies would have been suitably disposed off in areas inaccessible to civilians.

Even during the times when terrorism in J&K was at its peak the security forces were following a well defined and clear cut policy for disposal of those killed in action whose bodies were unclaimed by relatives. Dead bodies of terrorists killed by security forces (along with arms, ammunition and personal effects recovered from the slain individuals), were and continue to be, handed over to the police as ‘unidentified’ persons’. A proper receipt is obtained from the Police for the bodies handed over. An overwhelming majority of “unidentified persons” are terrorists of foreign origin or other militants operating away from their homes. Such bodies are normally devoid of identification. Notwithstanding this, the Police attempts to identify the killed person on the basis of evidence of relatives of the deceased, locals or intelligence reports. In all such cases where the body is identified as one of a local person his family is contacted to hand over the body. In all cases where bodies remain unidentified the police arranges for the burial, mostly in what has today become unmarked graves.

The Chief Minister, in a recent statement in the State Assembly clarified that 2090 foreign terrorists from 12 countries lie buried in these unmarked graves. In fact, in recent instances, in accordance with the laid down procedure, more than 20 terrorists killed by the Army in North Kashmir have been handed over to the police and have been buried in unmarked graves. Significantly, the Army also lost many lives in these very operations including those of three young officers.

Positive identification of all bodies buried in unmarked graves in J&K by DNA profiling is a herculean task bordering on the impossible. It will unnecessarily raise emotions and cause pain to a lot many people. We also need to keep in mind the fact that many of those who are declared missing in Kashmir have, at an earlier time, crossed over to Pakistan Occupied Kashmir and are living over there. This adds to the complication of the problem. Exhuming bodies also has religious overtones. The best option is to allow the state government the space to conduct a thorough investigation into the issue and come up with some practical options to deal with it. Undoubtedly, it will be a long, tedious and time consuming process which is best carried out without hindrance and political interference. In the meantime it would be best to exercise restraint.