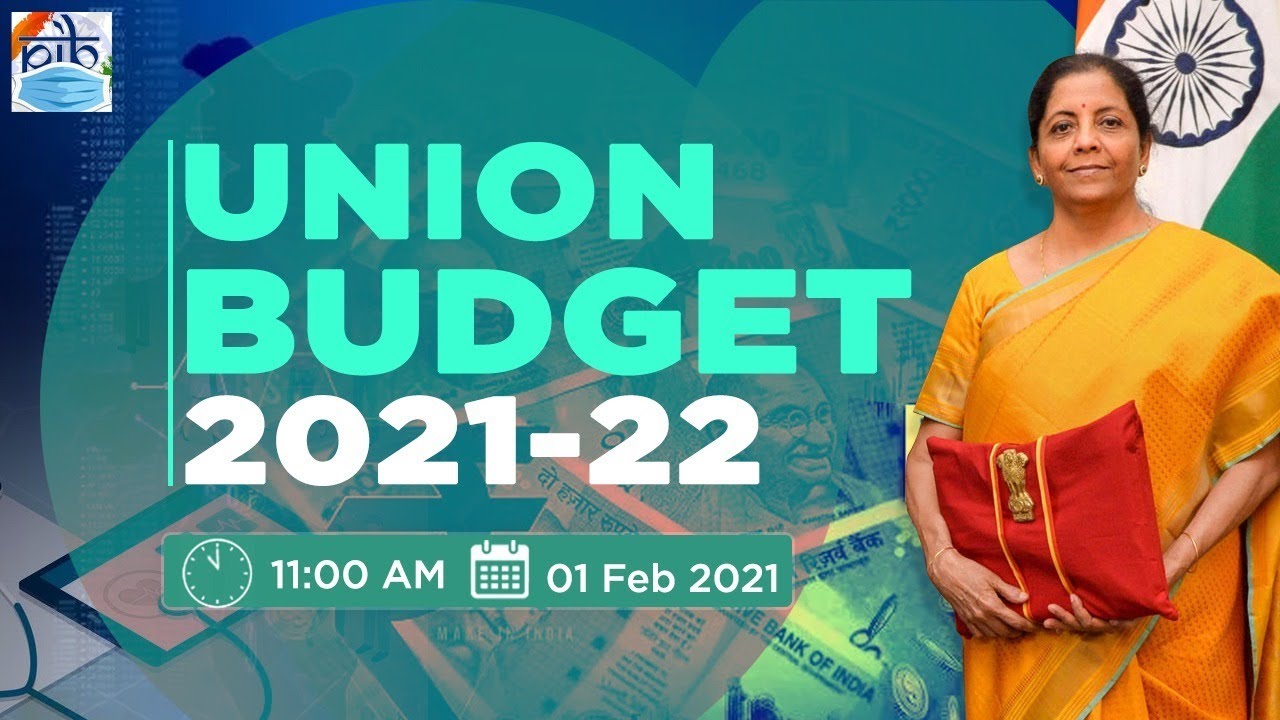 The Union Finance Minister of India, Nirmala Sitharaman, will present her annual budget for the financial year 2021-2022 at 1100 hours on Monday, February 1, 2021. Earlier, the budget used to be presented on the last working day of February month but the NDA government decided  to present the same of the first day of February to give to the staff an additional one month to work out details before the beginning of the fiscal year.

This year, for the first time in India, the budget will be paperless and in digital format, as the government has decided not to print the budget documents keeping in view the prevailing pandemic situation and saving on cost of printing thousands of copies. On the lighter side, it will ensure that the opposition members will not be able to tear it or throw it in the well of the house. This will be seventh budget of NDA government led by Prime Minister Narender Modi.

The budget will be presented in parliament with the background of major external and internal disruptions. The external factors include war clouds in Eastern Ladakh due to the expansionist policy of China, which was strongly countered by the lndian Armed Forces. A series of cyclones in Bay of Bengal and fission of pandemic all over the world resulted in reverse globalisation and disruption of international trade and movement. Recession/slow down all over the world adversely affected all national economies, developed or developing.

The internal issues are well known; complete lock down of the Nation since April 2020, followed by systematic unlock down phases still going on has generated massive unemployment. An estimated 10 million people lost their jobs due to closing down of hotels, tourism, eating places etc. Street vendors, daily wage earners  were the most effected leading to unprecedented reverse migration. The Farmers agitation since the last two months or so has caused a major political and economic upheaval. A pro-reservation agitation in Rajasthan and four months of fury of flood in UP, Bengal and Assam have caused regional setbacks. The cumulative effect of all these factors has put brakes on the 7 percent growth rate as projected in the annual budget in fiscal year 2020-2021.

The Finance Minister has a challenging task to balance the expectations of all sectors of economy  amidst shrinking revenue streams and control expenditure to come back on to the path of fiscal consolidation to rebuild economy and achieve favourable growth rate.

Economic survey to work out the 2021-22 Budget was presented on 31  January 2020 to Finance Minister Nirmala Sitharaman. It was prepared by a team led by Krishna Murthy Subramaniam. There was a sharp decline in GDP growth posted in 2020-2021 from  almost 5 percent to -7.7 percent due to many unforeseen factors as mentioned above. The Chief Economic Advisor, however,  stated that the country was heading for a V shape recovery and he was positive that next financial year would see achievement of a GDP  growth rate 11 percent that would be higher than China. Nominal GDP may expand by 15% .

The measures undertaken by Government of India during  the preceding year have helped to revive the negative growth of the economy. There have been injection of Rs 20000 Lakh Crores package between 13 May to 17 May, 2020 in five tranches to boost various sectors. The economic survey was dedicated to Corona warriors by finance minister.

India‘s  war against COVID that is termed as a once in a  century  crisis was based on  mature and bold policies which have rekindled the robust service sector, increase in consumption and investment and continuation of rapid development of infrastructure including rail, road, aviation and shipping  has helped.

This  revival has been possible due to near normalisation of economic activities due to control of the pandemic and a supply side push through reforms and easing of regulations. Push to infrastructure investments, boost to manufacturing sector through productivity linked incentive schemes, recovery of pent up demand for services sector, increase in discretionary consumption, pick up in credit and low interest rates played a crucial role in the recovery. The focus will now be on “Make in India” initiatives and Atmanirbhar Bharat with special emphasis of indigenous defence equipment.

Expectations from Finance Minister are many but, due to adverse effect of pandemic, rebates and concessions may not be possible. Women and senior citizens may be given relief under section 80 C and D by additional Rs 50000 and may be some relief in standard deduction. The tax on Aviation fuel will be reduced but Corona Cess is likely to be introduced. Interest rates on savings are likely to be further reduced. The common man may not be very happy with budget proposals.