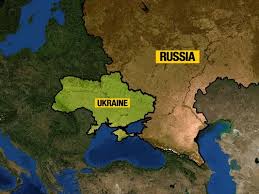 Diplomatic efforts by Germany and France to stave-off spiraling crisis in eastern Ukraine have paved way for a ceasefire, but nobody is sure how long this truce will last. The ceasefire, agreed to by Russia and Ukraine after a prolonged 16-hour of talks nudged by Germany and France in Belarus’ capital Minsk, is a lull and is not a guarantee for a secure future. German Chancellor Angela Merkel’s comments after the meeting that there is now a “glimmer of hope” but big hurdles remain speak volumes about the fragility of the truce. If the Minsk ceasefire collapsed last September, what is the guarantee that it would succeed this time? How different is the present deal from the ceasefire agreed to in September? In a nutshell, the crisis has been averted and not resolved.

The deal, which comes into effect from this Sunday, proposes a ceasefire between government forces of Ukraine and rebels, resulting in withdrawal of heavy weaponry from the frontline. The two sides also agreed to constitutional reforms which would ensure greater autonomy in eastern Ukraine.

The new ceasefire line that has been agreed to by Russia, Ukraine and rebels is the same as the old one. Pro-Russian rebels will lose some of the territory that they gained recently. So will the government forces.  Not only will they have to withdraw from the current front line, they will have to let go of the territory that they lost since January. The key sticking points remain unresolved. What about the status of Debaltseve, a government-held town encircled by the rebels, and which was the epicenter of renewed violence. Nineteen soldiers were killed in a deadly attack by rebels this week.  It has been proposed that further talks will be held on self-rule in parts of Donetsk and Luhansk held by rebels. Ukraine will get its eastern border back only if elections are held in Donetsk and Luhansk. But what is the guarantee that the rebels will accept the verdict as elections are to be held under Ukrainian law?

It is a deal, which can go wrong, as has happened in the past.

Germany and France should be commended for their week-long diplomatic efforts for helping seal the agreement.  European leaders were skeptical of the efforts of German Chancellor Angela Merkel and French President Francois Holland wanting to prevent escalation of the conflict which threatened to blow into a full-scale war. Clashes between government forces and rebels have left more than 5,350 killed and over 12,000 wounded in eastern Ukraine.

The deal also offers relief to US President Barack Obama, who was under tremendous pressure back home and from NATO to act more resolutely after western sanctions failed to act as  deterrent.  NATO military commander U. S. General Philip Breedlove’s comments last week that the West should use “all the tools in the tool bag” had created a flutter as several European leaders were opposed to sending heavy weaponry to Ukraine.

The proposed move to arm Ukraine’s military had also exposed a rift between the US and its European allies who were of the opinion that such a move would not only be counter-productive but lead to escalation of the conflict.

The truce is also a major relief for President Vladimir Putin, who, otherwise, faced major sanctions later this week had the talks failed.  Russian economy is in the crosshairs. Russian GDP is expected to contract by around four percent this year, making it the worst economy of the big four emerging markets. The western sanctions coupled with plunging oil prices have weakened the ruble, pushing up the rate of inflation. The Russian currency has fallen around 46 percent against the dollar in the last six months.

The relations between Russia and the West have reached to a post-Cold War low with western countries accusing President Putin of arming and funding pro-Russian rebels who have launched a major offensive in January this year.  Moscow denies West’s charges. The rebels have made major advances in Ukraine since then holding on to large swathes of territory in Donetsk and Luhansk. A further build-up of Russian troops on the shared border in April sparked concern in the West of another annexation after Russia seized Crimea last year.

The chances of a breakthrough depend largely on a durable ceasefire. And that is possible if Russia and the West succeed in bridging the trust deficit. As finer points emerge from the meeting, it appears that the intention was not to find a permanent solution to the crisis but to see that the situation does not escalate further.  The end result of the four-party meeting is nothing but a messy status-quo.

One would recall that exactly 100 years ago, events in Eastern Europe triggered the First World War. None at that time thought that crisis would lead to war. A century later, the focus is again on Eastern Europe, the site of a regional conflict that threatens to entangle the world’s leading powers. As the world is observing the hundred years of the First World War, it is incumbent upon everybody to see that history does not get repeated.