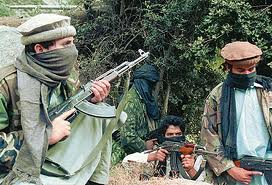 When the idea of Pakistan was first mooted and conceptualised, it was envisaged as a model Muslim state which would root itself in tradition and the Muslim religious ethos while tuning itself in to the sounds of technological development emanating from the modern West. Today, however, things have taken on a vastly different complexion. The country is slowly being taken over by the radical elements of Islam leaving it absolutely disassociated from the sounds of modernisation.

In fact, the radicalisation of politics in Pakistan is nothing new. Successive regimes in the country have veered towards a fundamentalist approach in governance. As far back as the eighties decade of the last century, when General Zia-ul-Haq was at the helm of affairs, Pakistan began to be governed by the laws of the Shariat. Women’s status in the country plummeted to an all-time low. Music, dance and other forms of art were virtually banned from the cultural milieu of the country. After the demise of the General, Pakistan witnessed a succession of democratic regimes, but the radical laws established during his rule continued to hold sway in the country.

The use of Pakistan as a conduit to stir insurgency and rebellion in Afghanistan, with the intent of undermining the growing Russian influence on the sub-continent further served to buttress the fundamentalist groups operating in the country. These groups spread religious propaganda among the common population with the open intention of bringing them within the fold of fundamentalism and the government did nothing to contain this flow. The birth and development of the Taliban primarily owes itself to this process. The feudal basis of Pakistani society which is vertically divided into the “haves” and “have not’s” also contributed to the moving of the deprived sections towards fundamentalist groups. The result of all these dynamic forces is there for all to see.

Today, when the socio-political milieu in the Muslim world is veering towards a more egalitarian regime, Pakistan remains steeped in fundamentalist politics. While the common man in the Arab countries has woken up to the fact of his being exploited and suppressed by the successive radicalised, didactic and totalitarian regimes in these countries, his counterpart in Pakistan has sunk deep into the quagmire of religious fundamentalism and radicalised politics. Pakistan today is epitomised by chaos, turmoil and destruction.

Just over a period of less than two months, Pakistan has borne witness to two high profile assassinations. Both the leaders were assassinated adhered to a liberal thought process. relevant domains . They were essentially both against the anti-blasphemy law that had been passed during the regime of General Zia and they were assassinated by men adhering to the fundamentalist ideology. ip address But worst of all, the assassinations far from being condemned by the local population were, in fact, hailed as acts worthy of commendation. When such acts receive a social sanction from the common man and when he remains unmoved by such gruesome acts, then it certainly does not bode well for the future of the state as well as the people.

In the context of Kashmir, what is absolutely remarkable is the fact that so called leaders such as Syed Ali Shah Geelani, on the one hand, purport the need, nay the right of the Kashmiris for self-expression and self-rule and on the other hand find themselves on a perfect wavelength with the state of Pakistan as it exists today – a state that has no truck whatsoever with things like human rights and self-expression. One wonders whether when Mr.Geelani threatens a revolution akin to the one in Libya, taking place in Kashmir doe he realise or appreciate the positive fallouts of staying in a state like India? A state where even a terrorist of the like of Ajmal Kasab who has blatantly waged war against the state of India and is responsible for the killing of many innocent Indian and foreign nationals is provided a fair trial and a chance to defend himself. Is this something that Mr.Geelani can guarantee the people of Kashmir once they become a part of Pakistan? Is Mr.Geelani even confident that he would still be alive after having made statements reeking of sedition had he been in Pakistan instead of India? It is high time that Mr.Geelani and those of his ilk did a bit of soul-searching and stock taking to know where they are headed and how dear they hold the interest of Kashmiris to their heart.

Respect for individual rights, freedom of thought and expression and other aspects of civil liberties are all associated with the tenets

of democracy, modern outlook and high levels of literacy and tolerance. With the people of Pakistan depending upon religious instruction as a means to education as well as code of conduct, it is only to be expected that they will fail to appreciate the value of such enlightened and civiliised norms. Any leader of the world who gives support to a thought process of this nature needs to be countered in the strongest possible manner

It is quite incredible that the Indian Nation continues to stand a mute spectator to all the Machiavellian machinations of the separatist community while fully realising that they are bent upon hurtling the people of Kashmir into an abyss for personal gains. Instead of exposing them for what they are, the leadership of the country is bent upon targeting those like the security forces that are working day and night to save the region from becoming a prey to Pakistan’s politics of radicalisation. It is time to call a spade a spade and keep national interest first and foremost. It is time to give a message loud and clear that there is no place for Pakistani fundamentalism in India.