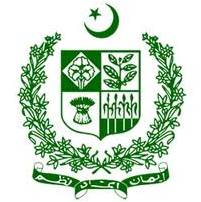 One very interesting fact about Pakistan sponsored terrorism is that it is often not the state of Pakistan that gets blamed for it but the Directorate of Inter-services Intelligence, popularly known and feared as the notorious ISI. Be it the Mumbai blasts of 1993, or the bombing of the twin towers in New York in 2001, or the bombing of the Indian embassy in Kabul or more recently the terror attack in Mumbai, all of these seem in some way or the other inextricably and at times inexplicably linked to the notorious ISI.

What, after all, are the antecedents of the ISI that it manages to perpetrate all kinds of unforgivable acts and yet gets away with impunity?

Created with the intention of domestic espionage as a tool in the hands of the ruling establishment, its mandate was considerably expanded by General Ayub Khan after the 1965 Indo-Pakistan war when the inability of the Pakistani intelligence to locate an Indian armoured division caused heavy losses. This was perhaps the first time that this organisation was provided with a specific anti-India focus. Subsequently, the ISI did its bit in the creation of the chaos that ultimately led to the dissection of Pakistan and the creation of Bangla Desh. It ensured that all possibility of installing a democratic government, in concert with the results of the democratic elections which favoured East Pakistan, were nipped in the bud. That became the first time that ISI interfered in the electoral process within the country, something that was to become a matter of routine in the longer run. Now, the ISI is actively involved in sponsoring electoral candidates, ensuring their victory through blatant rigging of polls and making a mockery of the whole democratic process.

After being forced into a relatively low profile during the Bhutto regime, the ISI once again witnessed a period of untrammelled growth during the rule of President Zia-ul-Haq. During this period the organisation set up terror training camps that continue to haunt the peace of the nations of the world to this day. whois The ISI trained thousands of Mujahideen who fought against the Russian and Afghan forces in Afghanistan, thus finding favour with its chief financial sponsor, the US. It is not without reason that the US continues to turn a blind eye to the nefarious activities of the ISI. Simultaneously during this period, the ISI also trained and handled militants in Indian Punjab and opened up its terror infrastructure in Kashmir.

The ISI continued to flourish and grow under successive military regimes in Pakistan and played a stellar role in overthrowing democratic regimes that were against its interests. It was only after the 9/11 terror attack on the world trade centre that the notoriety of this organisation was taken into count by the Americans and an effort was made to reign it in. Getting the ISI to cooperate in the operations against the Taliban regime in Afghanistan, proved to be a herculean task and the US was forced to openly threaten decimation of Pakistan in case the ISI refused to tow its line of action. Despite this, the organisation continued to ‘run with the hares and hunt with the hounds’. It is believed that the ISI covertly remained in close touch with the Afghan Taliban and provided to them tip-offs regarding expected allied military action in their area leading to the failure of the Nato operations..

The terror operation in Mumbai that involved the killing of Americans and Jews from Israel along with Indians and the subsequent arrest and questioning of the infamous Haedley, led both the American and Indian intelligence agencies to realise how deep rooted was the malaise of terror propagation by the ISI. It became evident that almost every act of

international terror be it in Europe, America, Africa or India found its root in Pakistan, specifically the ISI.

That the ISI is blatantly manipulating the political system within Pakistan itself is definitely not beyond the realm of reality. One cannot discount its role in the recent murders of the Governor of Punjab, Salman Taseer, and the minority leader Shahbaz Bhatti. It is an open secret that the organisation continues to maintain close links with the fundamentalist leaders operating against both Afghanistan and India. All this is probably being done at the behest of its master, the Pakistani Army, with the intention of creating circumstances that can, at a pre-decided point in time, help in the transfer of power from the elected government to the Army. Presently, the army is enjoying political power while the government is drawing international flak for its inept handling of both the war against terror and the fragile internal security situation of the country. Once the US-Nato stand on Afghanistan becomes clear the Pakistan Army may move in to take over, at that stage, the work being done by the ISI will pay handsome dividends.

The ISI is an organisation that was created with malafide intent and thus it cannot be expected to perform ‘above board’ activities. The fact that it has, over time, been used by various actors at the domestic as well as international levels to achieve their immediate goals has only led to its evolution as a proverbial Frankenstein’s monster that now refuses to bow down even to the wishes of its creators, sponsors and its own government. Its loyalty is only with the Pakistani Army. The organisation is now sourcing its funds more through opium and Saudi Arabia and by so doing it has reduced its dependence on the western world, therefore, it now has no qualms in striking at their roots as well. It is time to calmly, objectively and with foresight examine ways and means by which the international community can jointly combat and defeat this monster. India has maximum stake in this challenge and should not fight shy of taking the lead in any initiative taken in this regard.