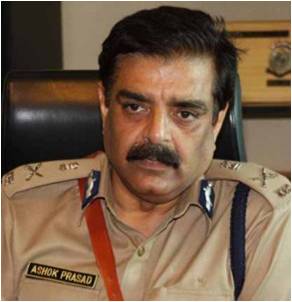 A recent interview given by the Inspector General Police (IGP), Jammu region, Rakesh Kumar, to a prominent newspaper in Jammu makes very interesting reading; the IGP declared that six districts in Jammu region namely Jammu, Samba, Kathua, Doda, Reasi and Udhampur were completely “rid of militancy”. He went on to add that the security grid of Jammu city is in the process of being extended to areas that are developing on the outskirts of the city and that the enlarged grid will be manned by the Police with assistance from the Para-military forces.

That the signature of militancy and terrorism is at an all time low as stated by the IGP was good news but the second half of the statement causes concern. If the Jammu region has become as safe as the IGP would like the public to believe than why does the JK Police wish to take assistance of central security forces to establish security grids? Surely the Police should be looking forward to doing its duty without assistance, at least in such areas where threat perception is low. How else can it gain self sufficiency in maintaining law and order across the state? The IGP clarified his standpoint by saying that the expansion of the grid is being done to ward off a possible terror strike. Pray how will there be a terror strike when the region is deemed to have no terrorists?

As the IGP was making this statement his boss, the Director General of Police (DGP), Jammu and Kashmir was talking at a different level altogether. With regard to provision of security to Sarpanches and Panches he emphatically declared that his force does not have the wherewithal to do so for 33,000 office bearers. He went on to add that threat perception assessments would be carried out and necessary action taken in all such instances where Panches and Sarpanches approach the Police for security. Kudos to the DGP for being honest and forthright but then the point that comes to mind is – why would Panches and Sarpanches in Jammu and Kashmir require personal security when the same is not required by their counter parts in the rest of the country? The logical answer is that they are under terrorist threat while their counterparts are functioning in secure environments. This gives a different picture to the security scenario in Jammu and Kashmir than what is being painted by the government and its agencies. It is dichotomies of this nature that cause alarm to the general public and lead a common man to believe that the realities on ground are quite different from what the government and its agencies state for public consumption.

The fact of the matter is that the security situation not only in Jammu and Kashmir but in neighbouring Pakistan and also across the world is very tenuous indeed. In Pakistan, election campaign and violence are going hand in hand. Such is the hold of the fundamentalist Islamist organisations in the country that political parties, instead of exerting all energy in campaigning, are seeking security from the beleaguered care taker government. The government, of course, has nothing to give to them except for forwarding their requests to the army. It does not require rocket science to understand the influence that an invigorated and powerful fundamentalist bloc in Pakistan would seek to exert in neighbouring Jammu and Kashmir immediately after the election, if it is held at all. This apart, the blasts in Boston and Banglore should be reason enough for Jammu and Kashmir to get into the highest possible level of vigilance right from the line of control/international border to the remotest possible areas in the hinterland. If terror has surfaced in Banglore, it cannot be far behind in Jammu and Kashmir.

The intention is definitely not to deride the JK Police or to discourage its officers from speaking to the media as they have done recently. In fact, the interactions that have come in the media are a welcome change from the obduracy that existed earlier. It also goes without saying that the JK Police, along with other security forces deployed in the State, is performing creditably under very difficult circumstances.

The intention is to drive home the need to keep the public in a high state of preparedness in case the violence levels escalate. The Police must urge the people to stay vigilant and seek their assistance in maintaining peace under all circumstances. It can be said that terrorism is not something to be afraid of anymore but definitely it is something to guard against. Statements like eight districts being free of terrorism would tend to bring in a sense of complacency amongst the people. There is actually no place in the world that is free from terrorism and it is the Police that needs to toe this line most of all.

The government of Jammu and Kashmir and its security forces has every reason to be proud of their achievement in containing terrorist violence; the assessment of the IGP Jammu region about the decrease in terrorist signature in areas South of the Pir Panjal is factual and absolutely correct. However, regardless of the improved situation, the time to carry out a victory march has certainly not arrived. The situation may not be critical but it is difficult all the same. At this stage the need is to keep the pressure on the remnants of terrorism and to ensure that local recruitment of terrorists and infiltration of foreigners is not allowed at all. The security forces have to do their job and involve the people for crucial intelligence inputs at every stage. Not much can be achieved by generating a sense of complacency; instead, the pressure needs to be maintained relentlessly.