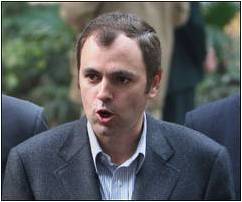 Just as summer is on its way in, the valley of Kashmir seems to be coming back to life. All of a sudden, Kashmir seems to be a chosen destination for people of a variety of hues. While a BJP delegation led by former national President Rajnath Singh participated in the Baisakhi celebrations in the state and later offered condolences on the death of the noted cleric Maulana Shaukat Ahmed to his family, the Australian High Commissioner also called on Chief Minister Omar Abdullah to discuss the socio-economic and political developments of the state. In short, all seems perfectly normal, yet, there are certain undercurrents that may seem innocuous at the moment but are replete with implications.

The most important among these is the responsibility that lies solely on the shoulders of the Chief Minister of this very sensitive State. A Chief Minister is not just the head and spokesperson of a particular political outfit, nor is he simplythe populist voice of his own constituency, be it the whole state or a particular village. He is, in fact, in the nature of the Chief Executive Officer who runs his organisation along the lines of a successful enterprise. His stakeholders as well as employees include the entire population of the state. It is the duty of the Chief Minister to ensure that the strengths of his organisation are brought to the fore, optimised and adequately utilised. Simultaneously, it is the job of the Chief Minister to adequately deal with the weaknesses of this enterprise that he is heading. Now what is crucial to this whole exercise is the identification of both the strengths and weaknesses of the enterprise which in this case is the state of Jammu and Kashmir.

In the situation that prevails, it would do the Chief Minister good to realise that his chief strengths lie in the good will that he enjoys with the government at the Centre and the unflinching support that he gets from the security forces especially the Army. The Union Government’s willingness to walk the extra mile in order to achieve what is in the interest of the state and its people is noteworthy. It is thanks to the generosity of the Central government that the state is flush with funds and is being injected with basic infrastructure at a pace never seen before, which if properly utilised could function as a foundation for a strong and lasting socio-economic as well as a political structure.

Of course, one must not forget that all this has been made possible due to the untiring efforts of our security forces that not only created the peaceful ambience that which has made the installation of such infrastructure viable but also continue to stand guard to ensure that this infrastructure remains functional. As the Chairman of the Unified Command Forces, it remains the moral responsibility of the Chief Minister to appreciate and positively utilise as well as showcase their contribution. He also has to build in them the confidence that will berequired to face the challenges that lie ahead with the onset of summer, especially so, since the disruptive elements have made it clear that they will keep it ‘hot’.

The weakness of the state of Jammu and Kashmir lies in its location at the window toa theatre of international conflict. The state is literally sitting on a tinder box. Its proximity

to the scene of international conflict at the Af-Pak border is a massive roadblock on its route to development. It is only natural that some of the salvos fired in Af-Pak are likely to land in J&K as well. Now these may be in the person of infiltrators who find themselves surplus to the Afghan conflict or in the form of opium being rampantly cultivated in Afghanistan which must find a way into the international market, or it may be the need of Islamist forces to overwhelm this region as a precursor for entering the rest of India. It is fairly obvious to any rational being that this is one festering wound that has gone terribly bad. If the surrounding area is not adequately sanitised and if proactive vaccinations are not periodically applied to ensure immunisation, the infection is bound to spread. The only remedy in this case is prevention. The association of Kashmir with Pakistan even if Pakistan had not harboured any evil designs would have been fraught with danger at this juncture.

Interestingly the people of Kashmir have realised this. The massive voter turnout in the Panchayat elections despite the negative propaganda conducted by people like Geelani, is a sure sign of this. The disruptive elements have been rendered insecure to the extent that they have killed one of the women contestants, Hasina Begum of Budgam, in cold blood to pressurise the people into towing their line and boycotting the elections.

In times like these the people look upon their leadership for guidance and strength and this is the right time for the Chief Minister to stand up and be counted. It is up to him to build confidence amongst his people about the benefit of following the democratic process.He has to bring about a political wave that is in tune with the demonstrated aspirations of the people, a wave that would completely nullify the separatist agenda. As the person at the helm of affairs of the state, the Chief Minister should encourage his people and cement their belief in every small step that the state takes towards normalcy. In the long run it is always peace and development that emerge winners and this is what the Chief Minister should strongly emphasise. The overriding perception is that Omar Abdullah can deliver now it is up to him to stand by the high expectations.