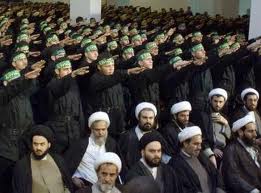 The domino effect of Tunisia with its immediate repercussion in Egypt has now taken over the whole of the Middle East and North Africa, especially the Arab world. The crisis is spreading like a wild fire. Peace and stability is at great risk across the region. The King of Jordan dismissed its government and declared many reforms, all due to fear of a revolt by the people. Protests are reported in Yemen, Algiers, Bahrain and even Iran. These happenings are being viewed positively by the global community mainly because they are the harbinger of the will of the people. Now opportunity is available with the people across the region to assert themselves and bring in governments of their choice after displacing the existing, mostly authoritarian, regimes.

But, as we know, nothing in this world is simple and straightforward. The early pictures from Cairo showed an educated middle class protesting for the removal of Egyptian President Hosni Mubarak. The situation has, by now, taken a dramatic turn and adopted the color of an Islamic revolution under the leadership of known Islamist forces of the country. With the Army also eyeing the political pie, all of this may well end up for the Egyptian people as a proverbial case of ‘out of the frying pan in to the fire”

The Islamic world which extends from Morocco to Indonesia east- west wise and in north up to Kazakhstan has one very peculiar characteristic, even if the government is under a secular, liberal and westernised leader, the masses remains fundamentalist and radical. After the US led allies defeated the Saddam regime, it was anticipated that a new Iraq will emerge which would integrate into the global system, but to everyone’s amazement, what emerged was a violent civil war where neighbouring countries were fighting pitched battle through their religious militant groups. There was no sign of a secular Iraq. Even in Turkey religious parties are gaining popularity and are emerging as a powerful political force, soon they will challenge the secular military. Pakistan and Iraq are also good examples to put this point across.

What is most astonishing is that the Islamists are the ones who continue to gain from this turmoil. In Egypt, like most of the Arab world, the only organised social force is the Islamists. They have global links, patronage from the elite and rich class plus huge manpower and organisations to lead protests. Since no alternative exists with the middle class of these nations, Islamists are the ones who will emerge as a new political force. Al Baradei, presently heralded as the tallest leader in Egypt, is being pushed for a leadership role by the Muslim Brotherhood only to gain global acceptance. It is well known that he has no political clout and will remain a puppet after becoming part of the new government. The Islamists, on the other hand, will gain legitimacy across the world. This will be a new beginning for the Muslim Brotherhood which has been a political side story for more than 60 years in the Arab world.

Egypt constitutes the first time in the Islamic world that a protest has taken place to replace a regime through a popular revolution and a non-violent one at that. But the base is not in a well thought out idea of nationhood; it is more of an impromptu outburst of public anger against a specific leader rather than a system or an ideology. The case is very much similar to the anti Musharraf movement by lawyers which culminated in his ouster but could not create a better system.

Coming to our immediate neighbor, Pakistan – at the time of its creation, this Nation was conceived as a modern Muslim country, today, in a democratic government, a political and constitutional authority is murdered by his bodyguard and the nation silently allows the murderer to become hero. The old argument voiced by liberals across the globe and particularly in India that a majority of Pakistanis are tolerant liberals falls flat against this backdrop. If it was so then how come the government is not going forward with its proposed amendments in the blasphemy law? Whom does the government fear? The same government shows no fear when it raises prices of commodities to astronomical heights or makes other self serving political decisions. The political leadership of the country is well aware about which side of the bread is buttered and what they can gain from a particular situation.

These are not very good signs of times to come. The post colonial world which was created by the West with its own interests in mind seems to be crumbling down since the West is becoming weak and incapable of controlling events across the globe. It is time for emerging powers like India to plan for the uncertainty that is looming large across the Afro-Asian region. Till now the events in the region have not elicited any negative response from the Muslim community of India. This speaks volumes for the well entrenched democratic norms that guide our polity. However, there is a need to be ever vigilant, especially in sensitive regions like Kashmir which are on the radar of these fundamentalist Islamist forces. Some segments of the leadership and the intelligentsia of Kashmir have attempted to draw parallels between the situation in Egypt and that obtaining in Kashmir. This is entirely falsified propaganda which can be perceived to be in tune with the larger Islamist agenda. Kashmir is enjoying the fruits of the most enlightened freedom and democracy in the world and instead of following the Egyptian model it needs to reflect on ways and means of nurturing the same against the machination of disruptive forces.