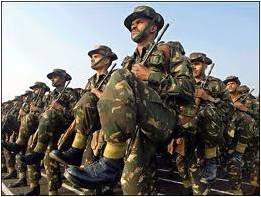 Now we have a “spook” doing the rounds that the Army Chief was possibly planning to stage a coup in mid-January 2012, around the time when he filed a suit in the Supreme Court against the Government of India, Ministry of Defence, with respect to his age issue. The spook has elicited strong denial not only from the Army but also the Government with the Prime Minister personally issuing a statement to assuage all apprehensions. Undoubtedly, the matter will be thrashed by the news channels in their prime time and we will see the culmination of yet another “happening” day so far as our defence establishment is concerned.

There are some issues that need to be taken into perspective in all this. Firstly, one Mechanised Infantry Unit and some elements of the Para Brigade is too small a force to dent “Fortress Delhi”; any commander who has even basic knowledge of tactics can understand this. Also, there is a huge presence of troops from the Western Command in and around the NCR and these troops were not moved at all. Lastly, what could the Defence Secretary have done for which he was called from leave to handle the situation? There are some eminent media personages who want the Indian public to believe that a Lieutenant General, who has the guts to plan a coup would get scared on being accosted by the Defence Secretary and quickly shelve all his plans. Can a thought process become more ludicrous than this? Yes, the Defence Secretary can create some hurdles in defence acquisition, promotions and things like this, which he does all the time, but he definitely would not know how to deal with “Rogue” elements of the Indian army.

Let us get real. In case the Army does take it upon itself to stage a coup, it will have the full support of the Indian public which is, by now, sick and tired of the Nations corrupt bureaucracy and spineless politicians. Yet, the Army would not do a thing like this because it fully realizes that in a vast country like India staging a coup is one thing, sustaining it is quite another. More significantly, the army is an organization fully supportive of the Nations democratic credentials and it has not built up a capability to upset the same. However, a word of caution, if the capability has not been built it does not mean that it cannot be built. It is time for the powers which are trying to denigrate the forces to realise that they are playing with fire and will be the first to burn if the flames are stoked.

One can only hope that this fast deteriorating situation has not been orchestrated to divert attention from the matter of tardy acquisition of defence hardware which has, in the last few days, attracted the attention of the people and the media. The Army needs to modernise for the larger interest of national sovereignty; insecurities caused in the political establishment by such rumour mongering should not bring about a clampdown on the acquisition process which is on accelerated mode now. One can only hope that Defence Minister AK Antony will see through these third rate machinations and follow the path of correction that he has embarked upon. In case he slows down, those with a vested interest to keep India weak will win the day.

It also seems that some veteran elements have filed a public interest litigation in the Supreme Court against the declaration of General Bikram Singh as Army Chief designate. This will keep everybody busy for the next few days; nothing more is likely to emerge from this unseemly action. General Bikram Singh is where he is due to hard work, experience and competence. He has been absolutely quiet all through this unruly period and has been performing his duty with utmost perseverance. This, by itself, speaks volumes of his maturity. He has been selected after due deliberation and now the Nation must back him all the way. There is no pint is building up a controversy where none exists especially so with the intention of pressurizing a person of the stature of Army Chief.