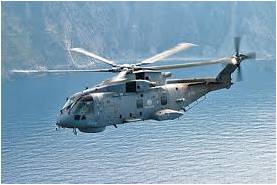 Indian it seems will be hearing more about scams in defence deals in the near future notwithstanding the allergy of the Union Defence Minister to the same. The much touted deal to buy 12 VVIP Augusta Westland helicopters from the Italian firm Finmeccanica has come under a cloud by the arrest of the Chief Executive Officer of the company for having given bribes to some agents to seal the deal. The squeaky clean Indian Union Minister for Defence, AK Antony, was quick to order a CBI probe into the entire proceedings.

The investigation being carried out in Italy has a political bias; the timing of the revelations a few weeks before the elections is also suspect. This apart, Italy has refused to share information on the subject with India.

One cannot hope with any reasonable degree of conviction that this drama will not cause a setback in the Indian weapons acquisition process, already in a limbo due to the overcautious approach of the defence minister.

The prevailing situation of the Indian defense establishment can be well described as one on life support. The forces are short of almost everything that is required to fight a war, be it fighter aircraft, tanks, helicopters, missiles, electronics, small arms, surveillance devices et al. You name it and we do not have it.

While the process of acquisition of air force and naval requirements is relatively fast due to a better understanding of bureaucratic procedures by the two services, the Indian army is finding it difficult to cross even the basic stage. An eye opener in this regard is an article in Indian Today of February, 18, titled, “Chopped for a second time” by Sandeep Unnithan. He has listed out six weapon acquisitions that have been scrapped and another six that have not been able to cross the basic “request for proposal stage” in two to seven years. A closer look at the weapon systems involved gives a clear indication that the army is unfit for war presently. The army can proceed only if it gets over its parochial internal dissensions which, it seems, would amount to asking for too much from this highly politicised establishment.

So far as the defence minister is concerned he is quite happy with the situation since it suits is “do nothing to ensure a clean chit” policy. Since the army is offering to him all assistance in this regard he is not chiding them for the delays as he should.

The situation may be to the liking of the defense minister, it may provide to the bureaucrats of the ministry something to snigger about, but what of the nation? Is anybody worried about the manner in which we are hurtling towards a security void? By now the country should have been self sufficient in defence production; this of course is a far cry while we continue to dither in the next best option of acquiring weapons. Is this how we propose to safeguard our frontiers and our sovereignty? With all avenues of logical discussion closing down one can only call for some divine intervention.