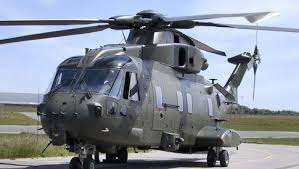 The nation has recently witnessed a hot debate and political activity on the Augusta Westland helicopter deal. While the UPA is desperately trying to ward off the heat the NDA is not missing any opportunity to highlight any real or imaginary omission/commission by their adversaries.

This was good entertainment while it lasted and as expected there was little or no outcome likely other than an increased chance of the symbolic sacrificial lamb coming from the Armed Forces.

The objective of this article is not to discuss the politics or economics of the issue but to examine the lessons learnt. Defence procurements are always big ticket. It, therefore, needs attracts bigger opportunists ready to take more risks. In such an environment there is always a search for a utopian system that will be foolproof, but alas, the utopia remains unattainable. The next best option is to adopt a system that may not be the best but is at least applicable.

If one were to go through the procurement manuals, it is seen that they lay down details that cater for almost every eventuality.  While elaborate systems may be instituted the core issue of transparency has been pointedly circumvented (hence changes in RFP to suit one vendor in the Augusta Westland case).
While these manuals cater for all governmental requirements, practically it is seen that the views of the industry/vendors are only partially met.  Thus in a lopsided contract there are bound to be bottlenecks/delays that require  clarification up the ladder and the consequent delay or arbitrary  decisions. It would be prudent that views of the industry/vendors are invited and incorporated in the procedures at the outset.

Internationally, capital procurement is the area that attracts attention of all stake holders due to the very nature of large sums involved. It is in the capital procurement that grey areas facilitate wheeling and dealing to take place. Thus, in almost all countries of the world there is a list of people circulated (even at the diplomatic level) who are to be engaged in order to facilitate a favourable outcome for the deal. This is a natural business practice as old as profit and loss and to attempt to shut it down is somewhat farfetched. Payment of sweat equity to the representatives of the vendor is justified but what is objectionable is the payment of speed money or money to tinker with the system.

While the DPP lay’s down, in detail, the process of procurement; the part dealing with unforeseen issues, however, is not clear and if such a situation emerges the solution is generally generated within the ministry. The decision making circle is thus small and susceptible to extraneous pressures leading to arbitrary decisions. To be fair these decisions may be the best at the point of time but become questionable in hindsight.

The request for proposal (RFP) is sacrosanct and if there is any deviation it is a case for retender. There is no scope for changing any specifications, term or condition. Nowadays, for some cases of procurement outside agencies are being engaged to work out the terms and conditions of the tenders. This is more like buying insurance for the staff and also a tacit admission of incompetency of the ministry.

Should not the user, that is the service headquarters, be involved in this process in a transparent manner? They are more than competent to give valuable inputs. The process of capital procurement is long drawn and time consuming and retendering is not an easy option. Therefore should a situation arise that needs clarification the best option is to ensure that collegiums views are taken, wherein, all stake holders are consulted for their views ensuring greater transparency.

In the MoD the stake holder most affected are the service headquarters but they unfortunately have little role in decision making or access to the civilian leadership. This often results in problems emerging even after procurement has been carried out, and at times, after the guarantee period – there are numerous examples.

Involvement of the user in the Indian context can best be achieved by appointment a Chief of Defence Staff (CDS). The appointment of the CDS would ensure coordinated defence procurement through a single point of advice to the national leadership among other strategic issues. This would also integrate the service HQ with the ministry so that a balanced view is submitted to the civilian leadership where concerns of all stake holders are incorporated.

If this is not to be, then arbitrary decisions by a closed group will continue in defence procurement leading to scams. Today, the finger of suspicion is being pointed at the UPA tomorrow it would be at the NDA.

Now, a permanent Chairman Chief of Staff Committee is being pushed by the NDA present government. This, in essence, would be a watered down CDS thus ensuring business as usual in defence procurement.

The irony of the fact is that the recommendation for appointing CDS by the group of ministers was done during the earlier NDA tenure and they failed to implement it. Had they done so, scams, at least in the MoD, could have been avoided.

If the political leadership today is really serious to cleanse the system they must appoint the CDS at the earliest.  Resistance to change will always be there by those who thrive by the older system. Appointment of the CDS is viewed as a threat to the hegemony of the bureaucrats and would result in a battle of epic proportion to protect turf The watered down version is a product of their ingenuity.

The Service HQ may not be unanimous in agreement due to inter service competition, but national interests are foremost and the doubting/unwilling Thomas’s will have to be overridden.

Further, all scams end up with a lowly lamb being sacrificed and the politico-bureaucrat combine escape or obfuscate the issue in legalese. If those guilty at a senior level are identified and punished it will send the right signal down the line. The alternative to these initiatives is   – brace yourself for bigger and more novel entertainment in the future.