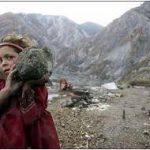 Novita Singh History bears witness to the fact that whenever and wherever militancy or political viagra canadian pharmacy movement found roots, the economy of that region became a major casualty. This is true for the Kashmir region as well since 1989. In Kashmir, due to terrorism, there is hardly any industrial sector to talk of; the agricultural sector, though a predominant … END_OF_DOCUMENT_TOKEN_TO_BE_REPLACED