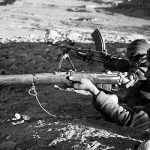 Colonel (Retired) Alok Mathur, SM Military history is replete with stories of valour and sacrifice. Each battle has a legend associated with it. These are repeated through generations, written about and in modern times, converted into films. There are two which have caught the international imagination - Charge of the Light Brigade during the Crimean war and the Bridge on … END_OF_DOCUMENT_TOKEN_TO_BE_REPLACED