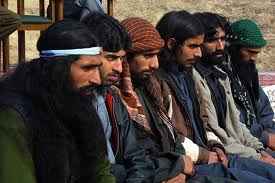 During the very first year of his term, Chief Minister Omar Abdullah mooted the idea of revising the surrender and rehabilitation policy to provide amnesty for local militants who had crossed over to Pakistan Occupied Kashmir (PoK) at the peak of insurgency due to indoctrination, compulsion or other socio-political reasons. The Centre agreed, in principle, to formulate a general amnesty plan for the aforementioned Kashmiri youth. The policy obtained a formal sanction from the Union Home Ministry in mid-November 2010. In the sanction document the objective of the exercise is stated as providing this, “facility to those terrorists who undergo a change of heart and eschew the path of violence and who also accept the integrity of India and Indian Constitution to encourage them join the mainstream and lead a normal life and contribute towards prosperity and progress of the State as well as the Nation’. Those involved in heinous crimes like murder, rape, abduction etc. will be entitled to benefits only when legal action has been completed. In order to prevent fake surrenders all cases will be examined by a committee comprising of representatives of Police, IB, Army, BSF, CRPF, ITBP, etc.

The number of applications for surrender that have been received in view of the latest policy are placed at nearly 700 by Chief Minister Omar Abdullah. Now the J&K government has recommended cases of about 20 Kashmiri militants in PoK to return to their homes; the file has been cleared by the Ministry of Home Affairs.

The Policy is yet in the nascent stage, a few names have been forwarded by the J&K government to the Centre and the case has further been projected to the government of Pakistan. By the look of it this seems to be a long drawn out process.

There is no denying that the initiative holds merit and is the need of the hour. The families of these youth have been calling for their return since long. The Kashmiri’s stuck in PoK have over the years become a people without an identity or a status in society. Their Pakistani overlords have kept them on the fringes of society as virtual outcasts. Now, after two decades they are feeling a deep urgency to get back to their homeland. The financial package of this initiative includes an immediate grant of Rs. 1.50 lakh in the shape of a fixed deposit and Rs. 2000/- as monthly stipend for three years after the surrender. Good behavior will be duly certified by the authorities taking the surrender and the State CID. The State government will also facilitate vocational training for self employment free of cost.

The concept of surrender and rehabilitation is not new in the militancy related politics of the State. As early as 1993, Muhammad Yussuf Parrey aka Kuka Parrey, a former militant who surrendered and joined hands with Indian security forces in their operations against the militants. Parrey formed a pro-government militia – the Ikhwan-ul-Muslimeen which harboured a deep hatred for the Islamist militants and the Jamaat-e-Islami. The second salvo came in the year 2004 in the form of surrender and rehabilitation package formulated by the Mufti led government of which the Congress was also a part. This package was designed to provide a healing touch to the people of Kashmir. The terms and conditions were similar to the present revised policy, the difference being that it did not include amnesty and did not extend to those were residing in PoK. This surrender policy also elicited a tremendous response and local militants with their weapons emerged in large groups to surrender.

The Pakistani government is aware of the embarrassment in international circles that this reverse exodus is likely to cause to their fragile Nation and it has gone into overdrive to improve the lot of this dislocated segment. It is being reported that after ignoring these so called Mujahedeen for three decades the government is now planning to give to them the status of refugees and is also planning to build a colony for them in Musaffarabad.

There are apprehensions with respect to policy. There are about six lakhs unemployed youths in J&K. It is being felt that these are the people who require to be given more attention rather than those who made an anti-national choice a few decades ago. Also those who have surrendered have been absorbed in jobs for which they are not fully qualified, under matriculates have been recruited in the Territorial Army, the JK Police and even the Para-military forces. Those who have already surrendered turn out to be misfits wrought with a guilty conscience for having left a family across. They are also seen with hostility and suspicion by local people who have suffered in their hands.

Surrender and amnesty have its own advantages and pitfalls. It allows perpetrators of crime to get scot free and at the same time it also gives some misguided youth a chance to get back in the mainstream. It has to be ensured that those benefitting from the policy come in through legal means that are being worked out between the governments of India and Pakistan. The policy cannot be extended to those infiltrating through the line of control or following the Nepal-Bangladesh route to get back. A robust policy of retaliation against those who misuse this facility is very necessary.

The yearning of these wannabe militants and drifters to shed the path of violence and return to the mainstream highlights the fallacies of the ongoing separatist movement in Kashmir. The change in heart of the core group of indoctrinated youth is a clear indicator that the politics of division being followed by a selective few have not yielded positive results and now a reverse movement is on the cards.