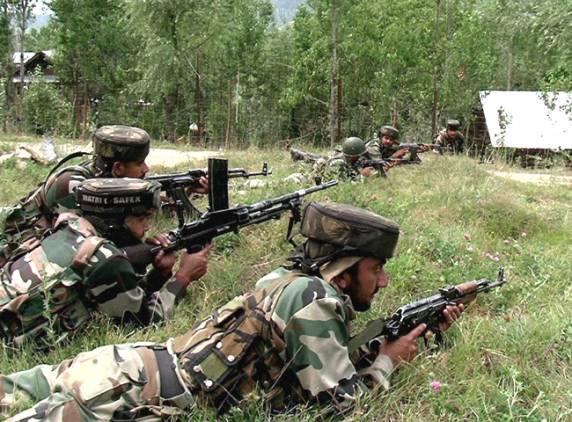 Even as the nation is reeling under yet another terror attack in Mumbai, a quiet and efficient anti-terrorist operation by Security Forces (SF) in Kashmir, led by the Indian Army, met with a resounding success by the elimination of five top terrorists of the dreaded Lashkar-e-Taiba (LeT), an organisation also said to be involved in the recent attack in Mumbai as it was in many of the previous attacks. That the encounter was launched after receipt of specific information speaks volumes of the coordination between the various intelligence agencies in Kashmir and the vigilance of the local population that results in actionable information being available to the SF. The terrorists have been identified as foreigners who formed the command nucleus of their organisation in their designated areas; amongst them were the Divisional Commanders of North Kashmir, Kupwara and Central Kashmir. This constitutes a great blow to the terrorist structure in the Valley. It may be a little premature to blow the bugle of success but this year, so far, has seen a paradigm shift in the security scenario of the Valley. There have been minimal street protests and terrorists have not been allowed to raise their ugly heads during the critical tourist season. The SF operating in Kashmir has challenged forces much superior than those targeted against Mumbai and have emerged successful; the people have also raised their level of security consciousness to the degree that is required to meet security prerequisites of the region. If the people of Mumbai can get over their fixation for earning money and look into their security problems they can also create credible safeguards in concert with their SF. To sit and wait for divine intervention will not serve any purpose.