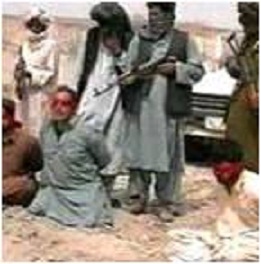 While joining the world in its euphoria over the killing of Osama bin Laden, India needs to pay more heed to the security challenges that have cropped up in the aftermath of this happening. Osama did not impact India’s security concerns directly, his organisation, al Queda, had minimal presence in the country, and as such, his death is not likely to have a profound effect on Indian security. What is more disturbing is the exposure of Pakistan as the chief perpetrator of the murky world of terrorism. In the Indian context the threat continues to come from Pakistan and its stooge – the Taliban. Recently, the Pakistan Army Chief, General Kiyani, had talked about militants of the Taliban being ‘strategic assets ‘of the Pakistani Army. In military parlance a strategic asset means some thing which has a long term utility and has the capability to change the geopolitical status quo.

In Pakistan, the public outrage against the drone attacks and the recent raid on Osama’s ‘mansion’ has very smartly been changed into anti American and anti-India rhetoric . One intention of this exercise is to garner the support of the Taliban fighting against US in Afghanistan. Very smartly the army’s spin doctors have changed the goal post for the Pakistan army in FATA. The Pakistan Army has now created two sets of Taliban, that part of Taliban which challenges its interests is denounced as CIA and RAW agents and the Taliban which challenges US is mujahedeen. Interestingly, both Taliban once constituted the same Jihadi organisation and followed the same Islamic principles.

When the global war on terror initially took off, the Afghan Taliban was on the run and al Queda all but disbanded, it is at this stage that the rules of the game underwent a paradigm shift due to the emergence of the Tehrik – e-Taliban Pakistan (TTP). This particular segment of the extremist religious outfit was immediately declared as enemy by the US and was subject to drone attacks in their strong holds in FATA. This development, in turn, led to a situation where the US and Pakistan army were ostensibly fighting a joint global war on terror but on ground their enemies were not the same. The enemy of the US soon enough became the stooge of the Pakistan army. This became the main reason behind Pakistan’s vehement opposition to drone attacks within its territory. But here also there lies a catch, the drones operate from airbases in Baluchistan and intelligence for the attacks is provided by the ISI. The world need not be aghast by Pakistan’s inability to react 40 minutes after the country’s air space had been violated this is a normal feature over there.

Coming back to the Pak-Taliban nexus, the double game underway amply proves that Taliban is just too important for Pakistan to be dumped. Within Afghanistan itself the reemergence of the Taliban fits very well with Pakistan’s objective of having a friendly regime in the neighbouring country which would provide to it the much needed strategic depth and reach into the central Asia. It must be remembered that to cement this strategic requirement the Benazir government had tasked the ISI to defeat the alliance government of Rabbani in Kabul and pave the way for the emergence of Taliban. What the Taliban did to the people of Afghanistan is well known to the world. The strategic asset that General Kiyani is talking about is for the same dual purpose of subjugating the Afghan people for Pakistan and finding enough cannon fodder to keep terrorism alive in Kashmir.

Now, what does the prominence of Taliban mean for India? India had its first brush with Islamic global terrorism in 1988 in Kashmir. After the hurried departure of Russia from Afghanistan there was a problem to keep the Jihadi’s busy, a large, highly motivated force cannot be allowed sit idle, so Pakistan set about converting this force into a strategic asset against its prime enemy – India. To make the best of the Mujahedeen, Pakistan diverted them towards Kashmir. With time the local element of Kashmir militancy was slowly over taken by Punjabi and Pakhtun militants from Pakistan.

For India, in the context of this time tested strategy, the Taliban resurgence in Afghanistan and TTP in Fata is a big challenge, especially in Kashmir. The withdrawal of US forces from Afghanistan will raise the spirit of Taliban and they will consider it as their victory. Their next focus, in concert with a rather gleeful Pakistan, will be Kashmir and we will see yet another wave of terrorism in the valley.

This may be postponed if the US stays long enough to ensure that Afghanistan stand on its own feet. But there are wild rumors that a separate state – Pakhtunistan, may be carved out of Afghanistan which may encompass the Pakhtoon areas within Pakistan also. If this happens the region will once again witness the rise of a Taliban state with religious extremism as state policy. This state will not be very far from Kashmir.

It is evident that Pakistan is, as usual, playing a double game as it has been for the last ten years – of supporting Taliban as well as fighting them. All this is being done with an eye on Kashmir and the furtherance of its traditional and time tested policy of maintaining a strategic depth in Afghanistan while keeping the Indian State engaged in low intensity conflict. Osama may be dead, al Queda may be splintered but the security threat to Indian from its neighbourhood is as potent as ever. We may rejoice with the world but have little to rejoice for ourselves.