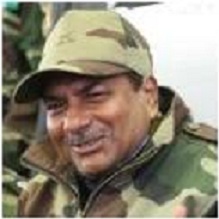 Indian defence forces now have a unique front to fight – the Indian court. It would be no surprise if a study showed that Indian forces fight the maximum court battles against their own government in the whole world. They are fighting all sorts of battles – for promotion after attainting retirement, for one rank one pension, for administrative injustices done during service, to allegations of human rights violations. And they are fighting everywhere, in local courts, high courts, even the Supreme Court. More often than not, the courts have meted out more justice to them than their superiors and the Ministry. In a recent case, the Supreme Court ordered the Government of India to fix an anomaly in the pay scales of army officers from the rank of captain to brigadier, which arose out of an incorrect method of pay fixation in the Fourth Pay Commission. It took twenty years for our judiciary to decide on the case. As per the apex court verdict, the government will have to pay for the lost salary with six percent interest to all officers for the period from 1 Jan 1986 to 1 Jan 2006. The interest will be paid for the period since 2006 only. The execution of the verdict will cost the exchequer around Rs. 1600 cr; and the amount has to be paid within the next twelve weeks. What is astonishing is that the bureaucracy could not (would not) rectify its mistake when it was pointed out, and unnecessarily left redressal to the courts. Has governance in India lost all capability to correct its own mistakes that courts have become the sole resort of victims of apathy? Who will pay for the cost of litigation? Shouldn’t the babus be made to pay? It is deeply disturbing that this case relates to correction of pay fixation of the Fourth Pay Commission, that is to say, years after the implementation of the Sixth Pay Commission! And the mistake affected the whole army. So it is not an error made out of ignorance, but a deliberate one. Even after the recommendations of the Sixth Pay Commission, the armed forces got a raw deal and had to fight for justice. The three service chiefs’ relentless campaign along with the ex-servicemen’s protest forced the government to agree to their demands. But even today, one rank one pension for ex-servicemen has not been cleared. In a regime that left the serving army chief in limbo for his personal application to the minister, and the ministry could not decide the case on merits, the plight of junior officers and jawans can be imagined. Things have gone from bad to worse under the current minister. It seems that defence minister A.K. Antony abides by a policy of silence and non-communication. His indecisiveness is costing the armed forces big time. We can’t leave the lives of our men, who are the ultimate guarantee of our sovereignty, in the doldrums like this. On the one hand, we crib that we are not getting enough men to join armed forces which are facing a huge shortage of officers; on the other hand we mistreat serving officers. What stopped the defence minister from taking this case up with the ministry of finance and ensuring corrective measures? Modernization has got stuck in a bureaucratic maze, which is going to impact our forces big time in the immediate and foreseeable future. Our defence manufacturing units are full of corruption, no manufacturing is being done, and old foreign equipments are being purchased and sold as indigenized products. As future challenges get complicated, this situation is unsustainable. The forces are worried about the Pak-China nexus and two fronts to defend, but the ministry is unable to solve basic issues. Why are things getting murkier in the ministry of defence? Is there a sinister plot against the nation? The minister seems clueless; he has not shown any will power to rein in the babus who are running the ministry as a fiefdom. On 4 Sept, the army promotion board met to clear names for the rank of Lt General. But can anyone say when they will take up their new ranks? Last time it took months for the ministry to clear promotion files; no reasons were given for the delay. The Army has been waiting for the last few years for the ministry’s decision on the senior officer’s promotion policy, but Antony appears disinterested. History tells us that disenfranchised armed forces could be a nation’s worst enemy in times of peril. Gulf War 1 and II are testimony to that.

The author is a keen observer of defence matters