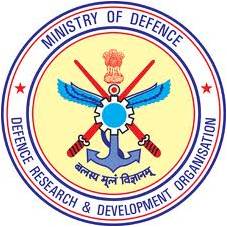 A confidential letter written by the previous Army Chief, General VK Singh, on March 12 to the Prime Minister, highlighting the glaring weaknesses in India’s defence preparedness on account of obsolescence of 97 per cent of air defence equipment and a void in critical tank ammunition, came into the public domain, sixteen days later. The very next day the General clarified that the Indian Army was ready to take on any contingency, since the defence preparedness is a large field that comprises of training and morale besides the equipment and allied resources. Is that enough?

The 1962 Indo-China war was fought by our troops with .303 bolt action rifles, the 1965 Indo-Pak war was fought with weapon systems of the Second World War vintage. The situation was only a shade better during the 1971 Indo-Pak War and even during the 1999 Kargil confict. Today, the Indian Armed Forces are rated amongst the best in the world, making us to believe that “its the man behind the machine that matters”. True, but it would be naive to believe that troops armed with high morale would continue to deliver with obsolete or inferior weapons when pitched against superior technology. This is so, when India became the largest defence importer during 2007-2011, overtaking China, as affirmed in a report published by the Stockholm International Peace Research Institute in 2011.

The Indian defence outlay in 2011 was 46.8 billion dollars – 30 per cent of China’s outlay of 143 billion dollars. The defence minister told Parliament on May 8, 2012 that India spent 2.35 per cent of the GDP on defence in 2011, lower than the world average of 2.6 per cent. Clearly, India is lagging in indigenisation. The malaise impeding indigenisation of weapon systems is deeper than that meets the eye.

At Independence, there were 16 ordnance factories, largely meant for repair and overhaul. Till the DRDO came up in 1958, defence remained a forgotten subject. The policy makers failed to realise that defence is a highly specialised sector, requiring long gestation periods and high levels of commitment. It was after the 1962 debacle that India created the Department of Defence Production and Supplies (DDPS) and started building up the DRDO, ordnance factories and defence public sector undertakings (DPSUs). But, even thereafter, the nation’s weapon systems largely came from the erstwhile USSR.

India felt the urgency of indigenisation after the disintegration of the USSR in 1989. Today, there is DRDO with 50 laboratories, 39 ordnance factories and 8 DPSUs. The tight bureaucratic control, lack of any accountability in perspective planning, absence of time schedule for development/ production, poor transparency in financial dealings, labour unions, red tapism and blame game amongst the multiple agencies have kept these organisations at the lowest ebb of their performance. Except for the development of Agni, Prithvi and a couple of other systems, most of the projects like MBT Arjun, INSAS family of weapons, tactical missiles and many more are a testimony to time slippages and second grade quality. The life cycle of a weapon system, generally deemed as 30 years, makes it imperative that the replacement system is put into trials when the equipment has reached half of its life i.e. 15 years. By the time it reaches obsolescence, the new equipment should start reaching the user units. We cannot wait for the Chief’s letter to come into the public domain to realise that we are burdened with equipment that is reaching obsolescence, if not already obsolete, or wait for the war drums to roll and run into procurement frenzy as was the case during the Kargil conflict.

Acquisition of Bofors artillery guns has been an important landmark in the history of Indian defence acquisitions. A gun that was best in the world got embroiled in irregularities and kickbacks. It is after 25 years that the nation is getting ready to exorcise the ghost of Bofors by signing a government-to-government deal to procure 145 M-777 ultra light howitzers from the US. Even in the aftermath of the Kargil conflict, there were echoes of graft in acquisitions to support the war. Now we have the TATRA truck’s bribe case doing the rounds. It is emerging that Bharat Earth Movers Limited, a defence PSU, overcharged the Army not for trucks alone but also for the WZT-3 Armoured Recovery Vehicle and its spares procured from Poland. It is a case of the guardian becoming the swindler! There could be many more skeletons in the cupboard.

Cases of bribery and lack of transparency have had a direct impact on the nation’s defence preparedness and security. There is a crying need to book the corrupt expeditiously. A holistic review of the situation indicates that apparently the PSUs and ordnance factories have become corruption centres through which the middle men operate. They are known to hire senior retired officers as consultants to keep some of the projects alive or push second grade systems into service. The episode involving the purported bribe to the Army Chief involving a retired lieutenant general seems to have generated the proposal to debar service officers from taking assignments for five years after retirement. It should be applicable to all government officials across the board and not to defence officers alone. There cannot be double standards!

In 2001, Defence Procurement Procedure (DPP) allowed participation of the private sector in defence production. Since then, 155 letters of intent have been issued but only a few companies have entered the fray. The new DPP of 2011 permits 100 per cent investment by Indian private sector and 26 per cent through foreign direct investment, subject to licensing permission. The latest provision of 30 per cent offset is designed to improve employment and upgrade technology in the country. Whether these initiatives pave the way for indigenisation, reduce the import bill and improve our economy, only time will tell. Besides, India is expected to spend approximately 125-150 billion dollars on defence procurement in the coming decade. The strong lobby of foreign vendors sees this as an opportunity and would endeavour to slow down indigenisation by keeping the PSUs and ordnance factories in the acquisition mode under the garb of “Buy and Make Policy”. Can India break their shackles and become self reliant in defence? We have the scientific base and the will that we have displayed when denied the cryogenic technology. Given the governmental support, resources, clear policy directions with embedded accountability to DPSUs and ordnance factories, swift action against the corrupt and encouragement to the industry; yes we can!

The author has served with the Special Forces and commanded a division in a strike corps. The article was originally carried by the Tribune, Chandigarh