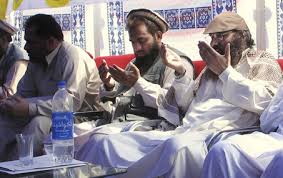 “Pakistan is no longer considering India for Most Favoured Nation (MFN) status,” stated Khuram Dastgir Khan, the country’s Minister of Commerce, in Riyadh, the capital of Saudi Arabia. This statement has been carried by the media in Riyadh and, wonder of wonders, extensively by media in Kashmir. Beyond this it has not generated much interest because Indian commercial circles are already well aware of this development.

What is infuriating in this situation is that India granted MFN status to Pakistan way back in 1995 and Pakistan has been dithering on the mandatory reciprocal facilitation ever since.

On many occasions, India has threatened to withdraw the facility but has relented on the insistence of the World Bank etc.

The situation becomes even more bizarre when seen in consideration of the fact that MFN is normally sought by smaller countries in order to get such trade advantages that large countries grant only to each other – in this case the tables have turned.

It is not as if the business community in Pakistan is not aware of the massive imbalance that blinkered political considerations are causing to trade practices in the sub-continent. Miftah Ismail, special assistant to the Prime Minister of Pakistan has admitted that trade normalisation will triple volume of Pakistan exports to India almost immediately. The President of Pakistani Chambers of Commerce and Industry, Zubair Ahmed Malik, while on a visit to India recently was categorical in stating, ““MFN status must be given to India. This is what I am urging our government. We want to see trade flourish between the two countries and it will only flourish if there is free movement of people and if the visa regime is eased by both governments.”

The Nawaz Sharif government has negotiated the matter in a competitive manner and drawn from India many concessions. Commerce Minister Khuram Dastgir Khan had in January, 2014, asked from India access for some 300 items at lowered rates and got the same along with some wide ranging concessions in the trade of textiles. After many discussions the country came up with a problem of the term MFN not being politically suitable and acceptable. It was then decided that commercial relations would be boosted by giving non-discriminatory market access (NDMA) to each other. The new term will grant India the same benefits as envisaged under MFN. India was quite agreeable with this also.

The statics doing the rounds are that, should the MFN be granted to India by Pakistan, potential export for the country would be – textile ($ 1 billion), cement ($3 billion), chemicals ($200 million), agricultural products ($300 million) and a host of others.

Despite the massive benefits that are obvious to all, Pakistan has been procrastinating on the issue. In spite of India’s firm commitment to walk the extra mile in meeting the sensitivities of the neighbouring country the commerce minister of Pakistan has shamelessly reneged on the promises made and that too in a foreign country. The proposal for NDMA status also continues to remain on the drawing board.

Why is Nawaz Sharif, who is basically a business man and who has won the elections on a mandate of improving the economic condition of the country not understanding the importance of MFN/NDMA with India? Why is the government of Pakistan going back and forth in implementation of this long standing commitment?

The answer to aforementioned questions is not hard to find. Kashmir centric terror and Jihadi organisations in Pakistan do not want any such deal to take place that will lead to normalisation of relations between the two countries and they are scuttling the process. They have tasked the Indian separatist leader Syed Ali Shah Geelani to spearhead this campaign with active support of the Urdu media in Pakistan that follows a particularly rabid anti-India policy and open advocacy of exporting terror to Jammu and Kashmir. Captive media in the Kashmir valley is also being extensively used to spread this propaganda.

It is for this reason that Geelani has, of late, been open in his criticism of the MFN/NDMA initiative. In his latest utterances he has been castigating the government of Pakistan for taking a posture that is detrimental to the Kashmir cause and has been using the issue of MFN/NDMA to prove his point. The Pakistan based Urdu weekly Al Qalam has, in its editorial, written about Geelanis apprehensions. “If the government of Pakistan is not busy in any such (Track-II) activity then why is it so desperate to bestow MFN status upon India?” Geelani is reported to have said.

A vigorous campaign to oppose grant of MFN to India was carried out by the Jihadi organisations and their stooges in Kashmir all through the preceding month of March when the government of Pakistan was poised to grant the status to India and attain a historic milestone in improving relations between the two countries. A few days before this statement made by the Commerce Minister of Pakistan in Riyadh, Syed Geelani, on April, 3, held a meeting in New Delhi with the High Commissioner of Pakistan in which he clearly stated that grant of MFN/NDMA status to India by Pakistan would be “tantamount to rubbing salt on the wounds of the Kashmiri people.” He “warned” the High Commissioner against indulging in any “engineered” solution to the Kashmir issue.

Fundamentalist organisations in Pakistan are openly targeting the Pakistan army also. They are expressing anguish on the “change in policy and ideology” brought about by Pervez Musharraf which caused a drift away from the Kashmir cause. They rue the fact that the Pakistan Army now considers internal security and militancy to be a bigger enemy than India and for this they squarely blame Ashfaq Pervez Kayani.

In the backdrop of this kind of pressure it is no wonder that the Nawaz Sharif government is dithering in granting MFN/NDMA status to India. It also becomes quite evident that, even if it wants to, the government of Pakistan is not in a position to change the traditional policy of belligerence and enmity that the country holds against India. Is it advisable to expect anything positive from a country in which fundamentalists are taking major policy decisions?