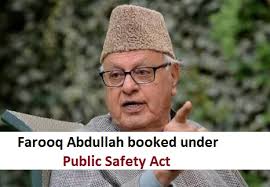 Late Sheikh Mohmmad Abdullah is one among the tallest and most towering personalities in the political landscape of Jammu and Kashmir who, during his long political career, experienced many ups and downs. He was a crusader who managed the affairs of the state with great dedication and efficiency. Sheikh had a secular mind-set which made him take the momentous decision of converting the Muslim Conference into National conference. He ruled the erstwhile state of Jammu and Kashmir as a Chief Minister for many years and was very popular with the masses. Such was his attractiveness that there was a common saying in Kashmir that “Ala Kari Wagan Kari Bab Kari Lolo” (Whatever Sheikh Sab does is completely acceptable to us).
In the year 1975, fearing that his chances of winning Assembly elections were bleak, Sheikh sahib along with his close aide and confidante Late Mirza Afzal Beg had long discussions that helped them to devise a clever plan. It was decided that Sheikh Mohmmad Abdullah would feign illness and pretend that he was bedridden. Beg’s die hard followers spread the message of his “chronic ailment” and the news that Sheikh Mohmmad Abdullah was critical and struggling for life spread across the length and breadth of Jammu and Kashmir like a wild fire. This drama paid off and the resultant sympathy wave it generated helped Sheikh Mohmmad Abdullah to comfortably sweep the Assembly elections. The people didn’t mind because whatever Sheikh did was something that any politician would do in order to stay in power and to the Kashmiris he was always known and still continues to be referred with reverence as the ‘Lion of Kashmir’.
On his birth and death anniversary, National Conference used to hold congregational prayers at Naseem Bagh Dargah after which party leaders, especially his son Farooq Abdullah and grandson Omar Abdullah would address party workers. This year was on Sheikh Abdullah’s 114th birth anniversary, the scene was different. His mausoleum wore a deserted look because father son duo is under detention under the Public Safety Act (PSA) after Central Government diluted the Article 370 and bifurcated the erstwhile state of Jammu and Kashmir into the two union territories of Jammu and Kashmir and Ladakh. However, a small gathering assembled at Jammu Sheri Kashmir Bhawan to pay tributes to late Sheikh Mohmmad Abdullah. In the past, government functions were observed on this day but this year it wasn’t so.
The irony is that the Public Safety Act under which Farooq Abdullah has been detained was enacted on the instructions of Sheikh Abdullah. Originally meant to deal with timber smugglers, Late Sheikh Muhammad Abdullah enlarged the scope of this Act to detain his opponents who were mainly from Jamaat-e-Islami in what was colloquially referred to as “Sher (lion) versus Bakri (goat)” fight. For Farooq Abdullah, this must have been a very humiliating moment as he too has booked many political rivals under this Act.
However, the Abdullah family isn’t the only one to blame. Late Mufti Mohmmad Syed and his daughter Mehbooba Mufti have used the Chief Minister’s chair to further their own personal gains and enacted draconian laws in Jammu and Kashmir that later proved to be the proverbial albatross around their necks. While clamour of Iltija Mufti about her mother Mehbooba facing extreme hardships under detention is understandable, but what about all those slapped with PSA during Mehbooba Mufti’s CM tenure? Unfortunately for Iltija, rather than sympathise with her, the general refrain the public is- ‘serves Mehbooba right’ and ‘she deserves it’ for having aligned with BJP!
People must stay constantly vigilant and ensure that they don’t fall into the trap of blindly following leaders who are mobilising public support for furthering their own personal agendas. Similarly, blocking road and rail traffic as well as downing shutters is something that shouldn’t be encouraged as it doesn’t benefit anyone except those pursuing self-serving interests. As it is, Kashmir has lost a lot in the last three decades due to incessant protests and shutdowns and we must now work to undo the humungous damage that we have caused to ourselves.
One hopes that while cooling their heels in detention, our leaders have constructively utilised their confinement to introspect and realise that rather than hoodwinking the gullible people of Jammu and Kashmir, they need to concentrate on weeding out corruption and increasing efficiency of the bureaucracy. Continuing to build personal wealth and keep indulging in nepotism will only prove to be the last nail in their political coffin!

(Author is a Kashmir based journalist, political analysts and TV Commentator)